The day is nearing when dividends going out of WA exceed the capital coming. 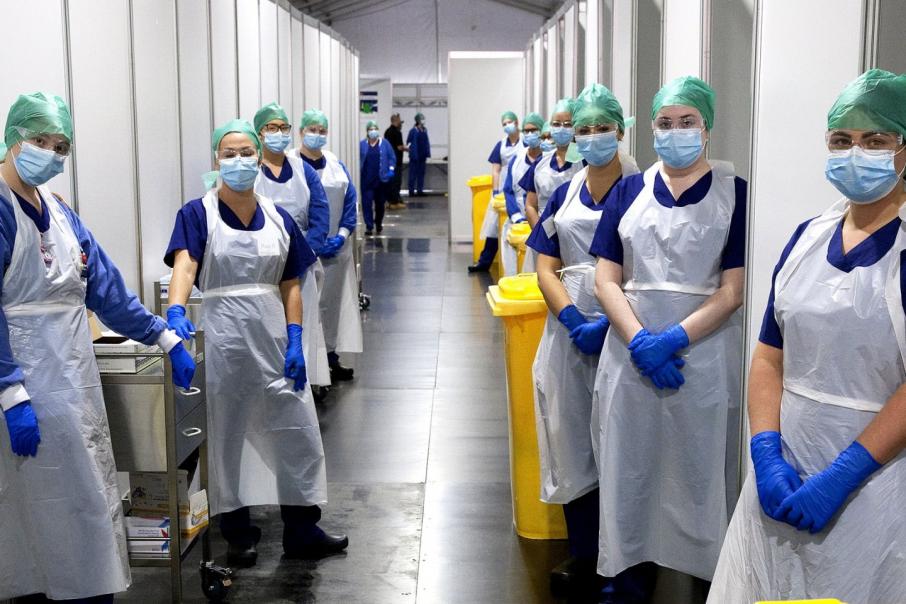 To be called a ‘cash cow’ is generally considered an insult, especially as it applies to businesses that do little except pay fat dividends.

And while it is not the way most people in Western Australia see their state, it is the way the rest of the world sees us.

A series of reports over the next few days will demonstrate why WA is a cash cow for people who do not live here.

Financial reports from the big three of WA iron ore mining – BHP, Rio Tinto and Fortescue Metals Group – will be lodged progressively from February 16, with bumper results expected thanks to a sky-high price for the steel-making material.

BHP and Fortescue will report on trading for the six months to December 31, while Rio Tinto will file its annual report for the 2020 calendar year.

And it’s the Rio report that will demonstrate the huge amounts of cash being generated from iron ore exports, with more to come this year.

Investment bank forecasts point to Rio Tinto having generated $US44 billion in revenue last year, with most of that coming from its Pilbara iron ore mines. This despite the unsettling management shuffle that followed the bad publicity associated with the destruction of an ancient Aboriginal rock shelter at Juukan Gorge.

Of that $US44 billion, about $US11 billion will stick as profit after taxes and other charges (up to 85 per cent attributable to WA iron ore), permitting Rio Tinto to pay around $US6 billion in dividends, or $US4.63 per share, mainly to overseas investors.

Much more is expected this year thanks to ongoing high iron ore prices. Credit Suisse reckons Rio Tinto’s 2021 revenue will swell to $US58.5 billion, with the annual profit rising to $US20 billion and a full-year dividend of $US11.5 billion ($US7.98 a share), with the lion’s share still coming from WA iron ore.

There is no doubt the state government and the many people who work for Rio Tinto in WA, as well as suppliers and contractors, are sharing in the good fortune of strong demand for iron ore, mainly from China (even as it attacks other parts of the state’s economy).

The $3.1 billion general operating surplus tipped for this year by WA under-treasurer Michael Barnes is largely the result of an increase in the royalties paid by Rio Tinto, BHP and Fortescue.

But the money flowing to the state government is matched by the dividends flowing out to international shareholders. And while, no doubt, foreign investors deserve a fair return for providing the capital to develop WA’s mines, the pendulum over the next few years will swing very much in favour of people living outside the state.

Over the next 12 months (and for the next few years), dividends paid annually by the big three of WA iron ore are likely to be at an annual rate of more than $20 billion.

A portion of the payouts will go to WA residents. Fortescue founder Andrew Forrest will be harvesting cash at a rate of more than $1 billion a year for the foreseeable future.

Another big beneficiary of the iron ore boom is Gina Rinehart, who will be reaping a reward of a similar size to Mr Forrest.

Both Mrs Rinehart and Mr Forrest will invest a reasonable amount of their cash in their home state, but even they will struggle to find sufficient opportunities to spend it all here.

Mrs Rinehart’s recent investment in a German lithium project is an example of WA profits being allocated to international opportunities, as are the many renewable energy projects being pursued by Mr Forrest in Africa and Asia.

The cash cow issue could become quite interesting when the current burst of capital investment in new Pilbara iron ore mines comes to an end.

BHP is putting the finishing touches to its big South Flank mine, but there’s nothing major on the drawing board to follow. Rio Tinto is wrapping up its GudaiDarri development, and Fortescue is building the Eliwana mine and Iron Bridge projects.

The next big iron ore mine likely to be part-funded by the profits of WA mining is the Simandou project in the African country of Guinea, in which Rio Tinto has a minority interest.

Until recently, Simandou was seen as a competitor for WA iron ore production, but it might not be long before it is seen for what it really is: a competitor for the cash generated by WA mines.

Developing the state’s resources requires large amounts of international capital and that capital, quite reasonably, deserves a fair return, which is what’s starting to flow in the form of record dividend payments.

But it will be interesting to see the political reaction in a few years when the dividends going out of WA exceed the capital coming in, a point when the cash cow tag will be quite annoying for the state government.

The big switch in WA capital flows will be one of the significant changes in a post-pandemic economy.

Other significant variations will occur in the way many people work, as the temporary home office becomes a permanent feature and the world’s technology giants carve out an even bigger slice of business and household income.

Take the case of Tom Palmer, one of the success stories of Australian mining.

As chief executive of the world’s biggest goldmining company, Newmont Corporation, he would normally be based in the company’s US head office. Instead, he has spent pandemic time in Perth.

What Mr Palmer discovered is what many of those working from home have also realised: with modern technologies you can do your job just as well from the kitchen table as you can from an office, even if you’re running a $US48 billion goldminer with operations around the world.

While he’s been based in (almost) COVID-19-free Perth, Mr Palmer’s office in Denver, Colorado, has disappeared. And if/when he returns, he will only have a workspace to park his laptop.

The point about Mr Palmer’s experience is that he is not alone, as countless other people have discovered, with positive and negative implications.

Demand for central city office space, which has always rebounded after earlier economic shocks, might not recover this time as more workers opt to stay at home. International business travel will be hit even harder.

The big winner after COVID-19 will be the same big winner as last year – technology – especially internet-connected technologies.

A measure of the way technology has boomed in the pandemic is the collective value of the biggest US tech stocks: Apple, Microsoft, Amazon, Alphabet (Google) and Facebook.