Business representatives have welcomed a move to ease Sunday and public holiday penalty rates for hospitality and retail workers, saying it would be particularly beneficial for reducing unemployment in Western Australia. 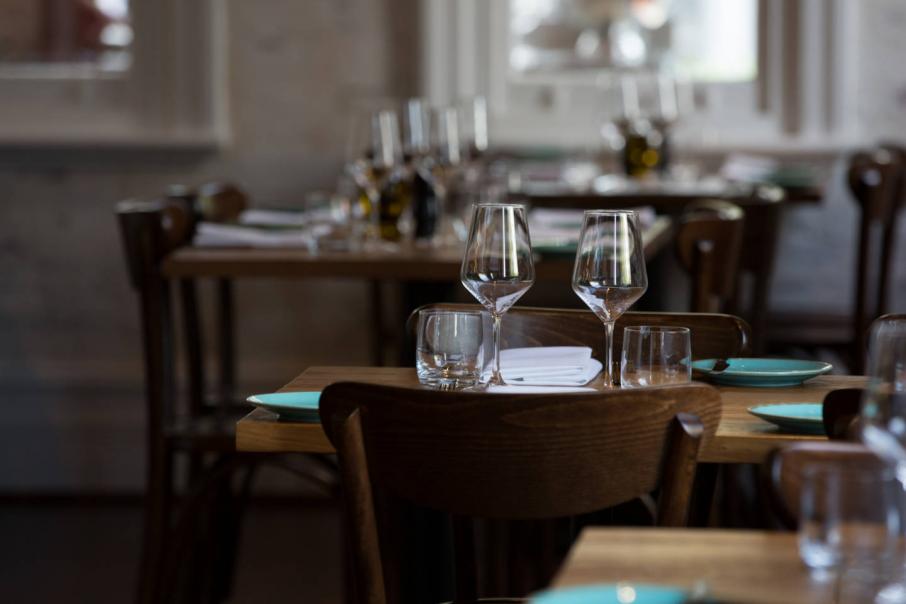 Business representatives have welcomed a move to ease Sunday and public holiday penalty rates for hospitality and retail workers, saying it would be particularly beneficial for reducing unemployment in Western Australia.

The decision was made as part of a four-yearly review by the Fair Work Commission, and reduces Sunday penalties by between 25 and 50 percentage points for fast food, hospitality, retail and pharmacy workers. 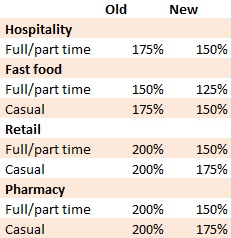 Public holiday rates were also reduced in the ruling.

Chamber of Commerce and Industry of WA chief executive Deidre Willmott said the decision would benefit tourism businesses in regional areas the most.

She said many regional businesses couldn’t afford to stay open for long weekends, or would have reduced staff, with a pub facing wages of upwards of $50 an hour.

“Our members tell us that the exorbitant rates paid on these days stop them from opening their doors, because they simply cannot afford to pay grossly inflated wages,” Ms Willmott said.

“In Western Australia, where the jobless rate is the highest in the country and youth unemployment is 14.9 per cent – miles ahead of the national average of 13.5 per cent – today’s decision will mean business owners in the retail and hospitality industries will now be able to open more hours and likely create more jobs, particularly part-time jobs.”

“The decision does not go far enough to deliver changes that will see significant employment growth opportunities,” he said.

“However casual worker rates were only changed slightly on public holidays - from 275 per cent to 250 per cent when we were seeking 175 per cent.

“Whilst we did not get what we asked for, it is a step in the right direction.

‘‘Along with opening for additional hours to service our hospitality economy, even more jobs could be created.

“The changes will encourage our members to offer more shifts for workers and longer hours for customers.”

Unions WA secretary Meredith Hammat said many working people would be shocked by the decision.

"This is an incredibly harsh decision by the Commission, one that should be over-turned through law reform to protect weekend pay rates.

“These cuts to weekend pay rates will come into effect from 1 July, giving working people and their families little time in which to cope with the sudden loss of income."