Land developer Peet has continued to diversify its business after being selected as the state government's partner for a $45 million high-rise apartment project near central Perth. 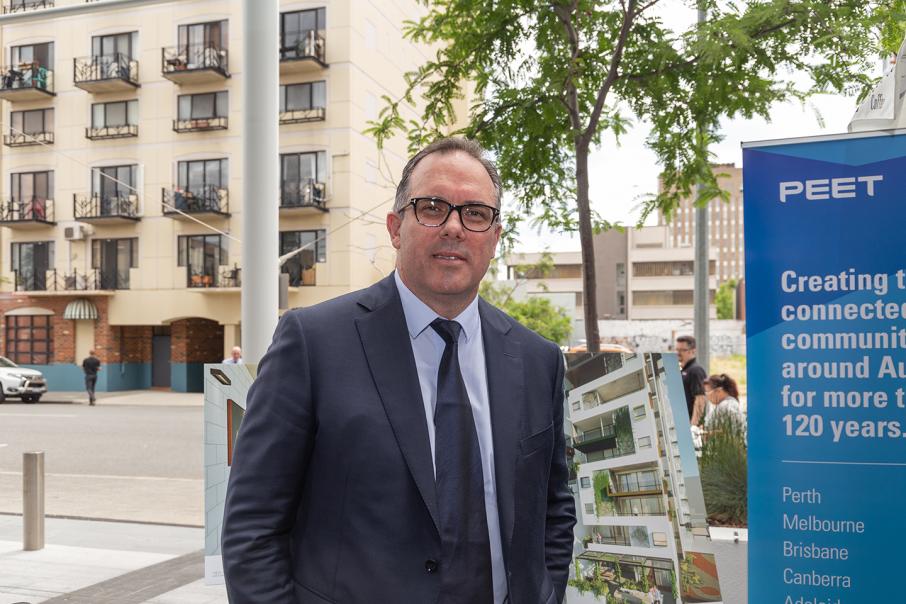 Land developer Peet has continued to diversify its business after being selected as the state government's partner for a $45 million, high-rise apartment project near central Perth.

Peet, led by managing director Brendan Gore, is best known for its broadacre, residential land developments but has been diversifying its national business to include completed homes, medium density and low-rise apartments.

The Perth project will be 20 storeys tall and comprise 146 apartments and new commercial space.

The development is located on a government-owned site at 52 Pier Street, on the north side of the railway line and a short walk from McIver train station.

About 70 per cent of apartments will be available for private sale, with a further 15 per cent for sale through the government’s shared equity program and the remaining 15 per cent allocated for social housing.

Member for Perth John Carey said moving away from the traditional state housing model and offering a mix of public and private dwellings was important for the future of Perth.

"We need more of this kind of development for Perth if we want to make Perth that tourism destination, that destination for international students and to have that vibrancy and life I think we all desperately want for the city," he said.

Mr Carey said an estimated 300 people would live in the apartment block.

The development’s total value, including State Government land, is estimated at $45 million.

The development is part of the government’s affordable housing action plan, which seeks to boost the number of housing opportunities for people on low-moderate incomes to more than 35,000 by 2020.

Subject to approvals, civil works at Lot 52 Pier Street will start in October 2020. Completion of the apartments is expected in late 2022.

Housing Minister Peter Tinley said the government has a strong history of working with Peet and other private developers to incorporate the latest innovations in design and construction into projects.

“Several such initiatives are proposed for the Pier Street project, including a car share service for residents and powered parking bays,” Mr Tinley said.