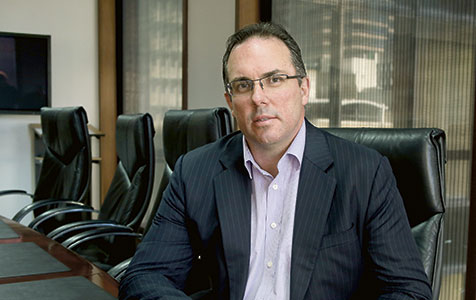 The property development sector has been hunkered down behind barricades for several years, so it was with some surprise to see locally listed player Peet emerge at the top of the corporate finance tables for the June quarter.

Peet's $132 million raising, mainly from institutional placements, was the biggest deal of its kind for the past three months of 2012-13 while the takeover it funded was among the biggest of the disclosed mergers and acquisitions for the period.

The company had not been active in corporate finance markets since June 2011 when it raised nearly $86 million, mainly through a convertible note issue.

Peet managing director Brendan Gore said his company's corporate finance moves, notably the $76 million takeover of Canberra-based CIC Australia, did not signal a return to the heady days of property but were significant after three difficult years.

"I think we are moving into a period of lower growth.

"It is really about looking for opportunities that present themselves."

He said property development had reset to a growth pattern of two decades earlier, and that many players in the sector were saddled with debt or did not have the balance sheet flexibility to take advantage of opportunities that had arisen from the change in the market.

Mr Gore said CIC was an investment in productive assets, not a long-term land bank, which offered a cultural match, geographic diversity and strategy alignment.

He said CIC had a focus on joint ventures with partners that were able to fund development, much as Peet had with the Future Fund and MTAA Super.

None of Peet's key corporate, accounting or legal advisers on the deal was in Perth, with Merrill Lynch's Sydney real estate team leading from the acquisition side.

It is also worth noting that while Peet targeted new institutional backers, including some overseas buyers that had reviewed their earlier wariness for Australian residential property, its share purchase plan raised only about half of the $8 million allocated.

Mr Gore said he believed the market was reweighting business to funds management or efficient capital that was different to the discredited pre-GFC model.

"I think there is a different view on what funds management is," he said.

"There are fund managers that just sit back and take a clip, a fee on the assets.

"Our fee is driven by revenue from assets. Until our investors see returns, we don't see returns.

"Investors are not buying us to manage assets that are not yet in production."