The head of Shell’s Perth-based communications and government relations team has been named the next chief executive of the Australian Chamber of Commerce and Industry. 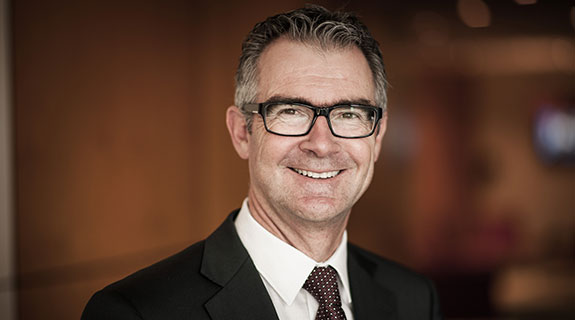 The head of Shell’s Perth-based communications and government relations team has been named the next chief executive of the Australian Chamber of Commerce and Industry.

James Pearson will take on his new role in the coming weeks, replacing Kate Carnell who has served in the position for two years and has accepted the role of the federal government’s first small business ombudsman.

Mr Pearson left his post as CEO of the Chamber of Commerce and Industry of WA in 2013 to take on the executive role at Shell in 2013.

Prior to that, he served as external affairs manager for Chevron for six years until 2008.

He has also served as a board member at ACCI.

Mr Pearson will be leaving Shell this month to take on his new role, with Shell due to commence the search for his replacement.

“As a senior executive with Shell and, previously, chief executive of CCIWA, he has represented business at the highest level and understands the needs of members,” ACCI president Terry Wetherall said.

“He has held executive positions with Chevron, the Australian Petroleum Production and Exploration Association, the Western Australian Department of Resources Development, and the Department of Foreign Affairs & Trade, and represents the Australian government, and business, in trade negotiations in diplomatic postings overseas.”

“He has extensive national and international experience in policy and advocacy as a diplomat in federal and state government, and in senior executive roles with some of the world’s preeminent global companies,” Mr Knott said.

“His international experience makes him well placed to add to ACCI's considerable track record of global business leadership through the International Labour Organisation, International Chamber of Commerce and in business advocacy to the OECD.

“Resource employers and other trade-exposed industries will especially welcome James’ experience in international markets, and understanding what it takes to attract job-creating investment to Australia.”

Australian Retailers Association executive director Russell Zimmerman said he looked forward to continuing to build on the ARA’s strong relationship with ACCI with Mr Pearson at the helm.

“The ARA worked with Mr Pearson in his previous role as CEO of CCIWA, and I expect he will bring the same level of innovation, development and professionalism to his new role at ACCI,” Mr Zimmerman said.

“Mr Pearson is a sound choice to lead the ACCI cause with an extensive business background and I look forward to progressing the ARA and ACCI’s cooperative alliance.

“I have no doubt he will be an outstanding advocate for ACCI and its members, given his understanding of the challenges and needs of those he represents.”