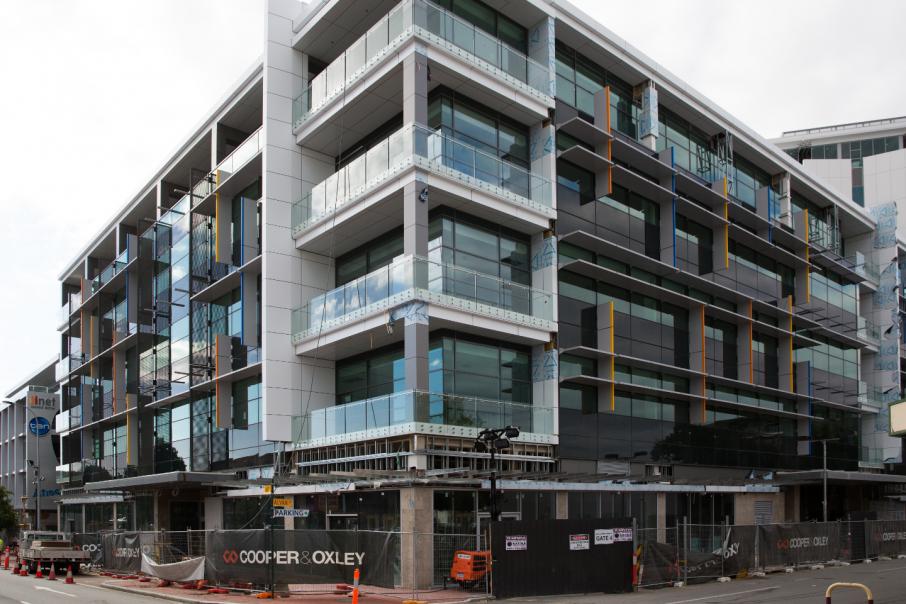 “They (Cooper & Oxley) were highly regarded in looking after their workforce and had an excellent reputation in our industry for more than 60 years,” Mr McLean told Business News.

“For a company of that stature to fall over … people started scratching their heads wondering, how did that happen?”

At that time, the business was among the top 10 largest builders in the state, as ranked by the BNiQ Search Engine; its largest project – Subi XO at 500 Hay Street in Subiaco – was valued at $100 million.

The mixed-use development was due for completion in mid-2018, however the City of Subiaco told Business News no building works were being undertaken at the site at present.

Since the notice of administration in February, subcontractors have claimed to be owed upwards of $5 million in unpaid wages and have reportedly been presented with a deal, on which they will vote tomorrow, that would keep the builder afloat.

Choiceliving, another 2018 casualty, was placed into administration in January; it had 55 incomplete residential building projects, plus a number of commercial projects in progress.

“We’re seeing pressures being brought to bear where builders are clamouring for work by competitive pricing and in some cases, not surviving,” Mr McLean said.

“We’re currently operating in a smaller market; the strongest or the most desperate will survive.

“Either the client is squeezing from the top or (the builder) is just not able to have the cash flow to make ends meet. At the end of the day we’re all in this game together.”

In 2016, former chief executive of Master Builders Australia’s national division, John Murray, was commissioned to conduct a national review of security of payment laws to identify areas of best practice for the construction industry.

The final report was delivered to federal parliament in December 2017.

Federal Workplace Minister Craig Laundy told Business News that, as legislative responsibility for security of payment rested with states and territories, the government would consult each on the findings.

Mr Laundy anticipated the report would be released publicly after this consultation took place, but did not specify a time frame.

In February, the state government announced a review to improve the security of payments for subcontractors and established an Industry Advisory Group, chaired by barrister John Fiocco.

The 14 industry groups to be consulted during the review will deliberate the need for new (or amendments to existing) legislation to provide fairer contracting practices.

Members include Subcontractors WA, the Housing Industry Association, Property Council of Australia WA and the MBA.

The first IAG meeting was held in March and Commerce Minister Bill Johnston said he expected drafting of legislation to be well under way by Christmas.

Pact Construction general manager Jason Kunkler, also the chair of the MBA WA construction council and the association’s representative on the IAG, said the analysis of the security of payment issue needed to be broadened.

“While there has only been a focus on builders and subbies, that’s not the issue,” Mr Kunkler told Business News.

“That is a symptom of the problem.

“The problem is a value chain issue (from client to builder to subcontractor) and that issue is being exacerbated by the lack of work in the marketplace and the less than optimal economic conditions – it’s a perfect storm.”

Mr Kunkler said builders and subcontractors pricing work at low or no margins, onerous contracts with disproportionate risks being passed down the contractual chain, and clients facing the challenge of delivering and bringing projects online in an underperforming market were all contributing factors to a recipe for disaster.

“You’ve got people talking about project bank accounts, trust funds, different contract conditions – a raft of things that are band-aids to a complex problem that I think won’t do anything in the long term,” he said.

Project bank accounts could add to the cost of delivering jobs, with the builder likely to incur the cost of running additional accounts, Mr Kunkler said.

“It improves the transparency of transactions between builders and subbies, however, it won’t actually solve the security of payment issue,” he said.

“If we’re going to be serious about solving the problem we need to look at the causes, the source or root cause of the problem, not just the symptoms.”

Among the initiatives the MBA is hoping will be considered during the IAG process are: enforcing the use of more qualitative criteria to appoint builders, rather than looking at the lowest price when assessing tenders; the use of ongoing financial performance measures; and an effective monitoring regime to ensure entitlements are paid on time.