The building and construction industry is assessing a number of options to improve its practices in the wake of company collapses and unpaid contractors. 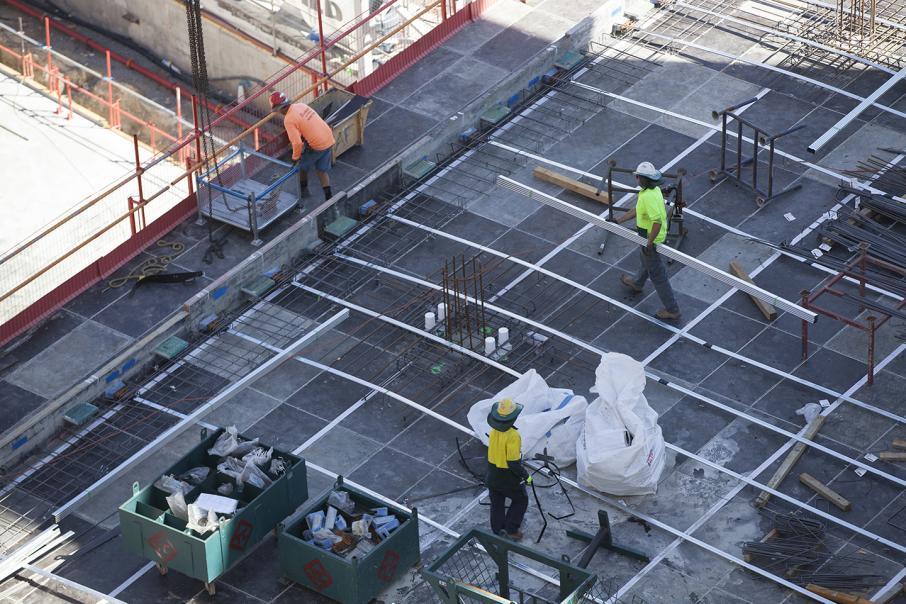 The federal government will work with each state and territory on the potential implementation of the national review’s recommendations. Photo: Attila Csaszar

The collapse of about 30 Western Australian construction businesses during the past two years has intensified the spotlight on payment processes and the sector’s contract practices, amid a growing number of unfinished projects and unpaid sub-contractors.

A recent forum hosted by Consult Australia, The Society of Construction Law Australia and Master Builders Association of WA cited tough economic conditions, competitive pricing, onerous contract conditions and a lack of effective communication between those in the contractual chain among the main compounding factors in tthe industry’s problems.

Speaking at the event, panel member Dean Goodliffe, a former managing director of Broad Construction, said most issues were related to time.

“What I’m seeing is that projects are being pushed to start too early,” he said.

“People are thinking ‘have I got the money this month to pay everyone’?

“That then starts a spiral; it can become like tender fever – ‘we need to win work’.”

Mr Goodliffe said this had resulted in reduced margins and competitive pricing across the contractual chain.

Also speaking at the event, Iris Residential executive director Fleur Hudson pointed to more open and positive communication and commercial negotiation between all parties as one solution.

“Both principal and contractor (need to) start to work together for long-term benefit rather than just being reactive,” Ms Hudson said.

In December 2016, the federal government announced a national review of security of payments to identify areas of best practice for the construction sector, with the final report publicly released just over a week ago.

John Murray, the former executive director of Master Builders Australia’s national division, who has experience in building contract disputes and security of payment legislation, was commissioned to conduct the review.

The review also recommended all states establish a system of statutory trusts for all building projects valued at $1 million or more.

The trusts would be similar to project bank accounts, which have been trialled on various state government projects, but with tighter oversight.

The aim would be to protect subcontractors from the impact of insolvencies higher up the contractual chain.

Meanwhile, the WA government has been undertaking its own review.

In February, it established an Industry Advisory Group chaired by barrister John Fiocco, comprising 14 industry groups, including MBA WA and Subcontractors WA, to look at the need for new (or amendments to existing) legislation to provide fairer contracting practices.

MBA WA director Michael McLean said the national review was valuable and welcomed, but it didn’t mean the state government should shelve the Fiocco review.

“It (the national review) could well be a two-part exercise because any move to a more uniform national system of security of payment is going to take some time; we could be waiting 18 months or so,” he said.

Unlike Mr McLean, Subcontractors WA chair Louise Stewart believes the Fiocco review should be abandoned in favour of implementing the national review’s recommendations.

“The longer the state government stalls, the more damage will be done,” she said.

Local builder Plus Building WA has plans to introduce its own model of project bank accounts as a means to better secure its payments, whether legislative requirements are implemented or not.

PBWA project manager Mike Stephenson said it was undeniable that security of payments was the biggest issue currently facing the industry, with the difficulty of calculating profit on work in progress a challenge even to the largest of companies.

“The extent and breadth of business failures has led me to believe that the ‘single bucket’ banking approach and forecasting of profit on ‘work in progress’ has resulted in a system, which while it is free market, is clearly not working,” Mr Stephenson told Business News.

“Developing our project bank account model has been a personal quest to improve financial management in a construction contracting business.

“I have personally experienced the damage and trauma of financial collapse that affected my own family and the families of long-standing delivery partners, who stood by me when things were difficult post-GFC.

“PBWA’s proposed model of project bank accounts, I believe, addresses the intent of security of payments in that we have a mechanism that ensures each project’s income is used for that project’s cost until practical completion and final accounts are prepared.”

The Department of Finance’s Building Management and Works (BMW) division, which leads the planning, delivery and management of the government’s property portfolio, already uses project bank accounts on the majority of its contracts valued at more than $1.5 million.

Generally a project bank account would involve the principal and head contractor entering into a trust deed, however, Mr Stephenson believed there were other ways in which security of payments could be achieved if all parties were already protected by contracts that detailed the operations of the account, in conjunction with the normal rights and responsibilities of each party in the standard contracts.

Mr Stephenson said PBWA intended to implement project bank accounts across all of its projects, to allow for positive cash flow management in each project and early payment for delivery partners.

Its success, he said, would be dependent on all stakeholders – clients, financiers and contractors – upholding the intent of cooperative and accountable contracting.

“I believe that PBWA’s project bank account model is a positive step in the right direction, and will hopefully encourage other builders to look for ways to improve their own financial management,” Mr Stephenson said.