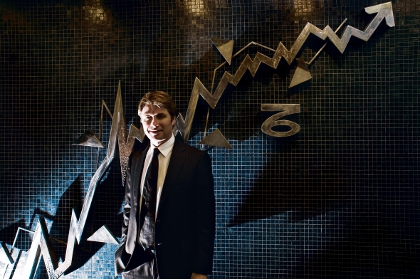 Western Australia’s biggest local stockbroker Patersons Securities has felt the chill winds from the tough equity markets, recording a loss of more than $5.1 million after revenue slumped 28 per cent to $106.4 million.

The result, for the year ending June 30, compares with a net profit in the previous corresponding year of nearly $6 million on revenue of $148.5 million.

Highlighting a difficult year Patersons chairman Michael Manford said broker’s board had initiated a cost reduction program as early as November 2011, recording cost savings of $6 million, at a cost of $1 million to achieve that across areas such as labour, leases and communication contracts.

The WA Business News Book of Lists shows Patersons has shed 22 WA advisers since the end of 2011 and reduced overall WA staff numbers by more than 30 to 225. Overall it reduced staff numbers nationally from 540 to 460.

Mr Manford said these expenditure savings will place the group in a favourable position to trade profitably by aligning expenditure with current revenue levels.

“That was the second down turn after 1987; people lost confidence in what the future might hold.”

Mr Manford said that despite the difficult conditions private clients services continued to grow and its funds under management and administration via its Accolade brand were maintained at $1.5 billion.

A particularly bright part of the stockbroker’s year was the growth of its funds management business Patersons Asset Management which, in its fourth year, jumped to $210 million from $28 million just 12 months earlier. At that size the fund management business is close to break even.

Mr Manford said that institutional investors and rating agencies needed to see a track record at least three years for the fund before they had confidence in the manager’s ability to perform.

More than 90 per cent of the funds are held in resources investments.

According to research by WA Business News, Patersons was one of the more active players in equity capital markets for the past nine months. It was lead manager of three IPOs, the second biggest by volume for the year to date in very thin market. The firm has also been one of the more active players in overall equity capital markets in the past three months, albeit with relatively few transactions compared to earlier periods.

Looking at the balance sheet, Patersons has $34.3 million in net assets and no debt.