Given the passion Rob Bransby feels for healthcare, it is hard to believe he is willingly stepping down from his CEO role at HBF. 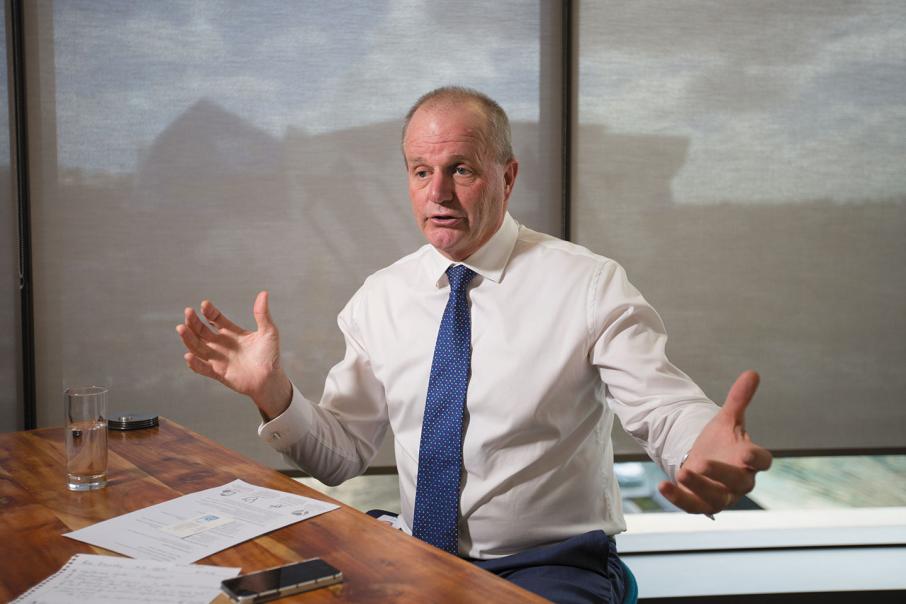 Given the passion Rob Bransby feels for healthcare, it is hard to believe he is willingly stepping down from his CEO role at HBF.

Even with the exit door open and solid a collection of non-executive roles beckoning, including agribusiness Craig Mostyn Group as the latest, Mr Bransby is animated by all things health – from insurance and treatment to reforms and technology needed to maintain affordability.

Perhaps even more remarkable is that his career could have ended up focused on another, more private passion – horse racing.

In late 2015, Mr Bransby, a devoted horse breeder, seriously entertained the possibility of heading Perth Racing, acknowledging that it would allow him to work in a field that until then had only been a hobby.

In what became one of the quirkiest business stories of 2016, he reversed that decision and stayed on with HBF for an additional 12 months.

Mr Bransby is not one to dwell on the career glitch and suggests only that the accidental leakage of the proposed role was premature and, in dealing with the fallout, he came to favour staying on at HBF to help the health insurer navigate a difficult period created by federal government reforms.

It seems one passion won out over another.

While he expects to stand down as president of industry group Private Healthcare Australia, Mr Bransby is clearly planning to stay on at the federal government’s Australian Digital Health Agency (ADHA), which is attempting to centralise the medical records of everyone in the nation and put it into the hands of each consumer.

“I am very excited by what that might bring,” Mr Bransby told Business News.

“It has the potential to touch every Australian. It is very powerful if we get it right.”

The lack of this kind of information coordination is something Mr Bransby believes costs consumers, insurers and governments dearly, because information that could help keep people out of costly acute care, which can be debilitating and is often not available until it is too late.

“We as an insurer sit back here with a million lives (insured) and we know nothing about where they are on the health spectrum,” Mr Bransby said.

He said the past year had been one of transition, which allowed him to openly build a portfolio of directorships with a skew to community-oriented positions.

He highlights roles with energy retailer Synergy, the Insurance Commission of Western Australia and the ADHA as prime examples. Two other board roles reflect his banking background prior to health insurance – listed debt specialist Pioneer Credit and the advice businesses of Commonwealth Bank, all rounded out by the as-yet-unannounced position at Craig Mostyn Group, a role he believes connects well with his farm upbringing.

And while his passions remain distinct and separate, they do have at least one point of convergence. His favourite horse at the moment is called Run for a Reason, after HBF’s successful community sporting event.