SPECIAL REPORT: Appointed to lead the MBA in WA just last month, John Gelavis brings a focus on effective communication to the role. 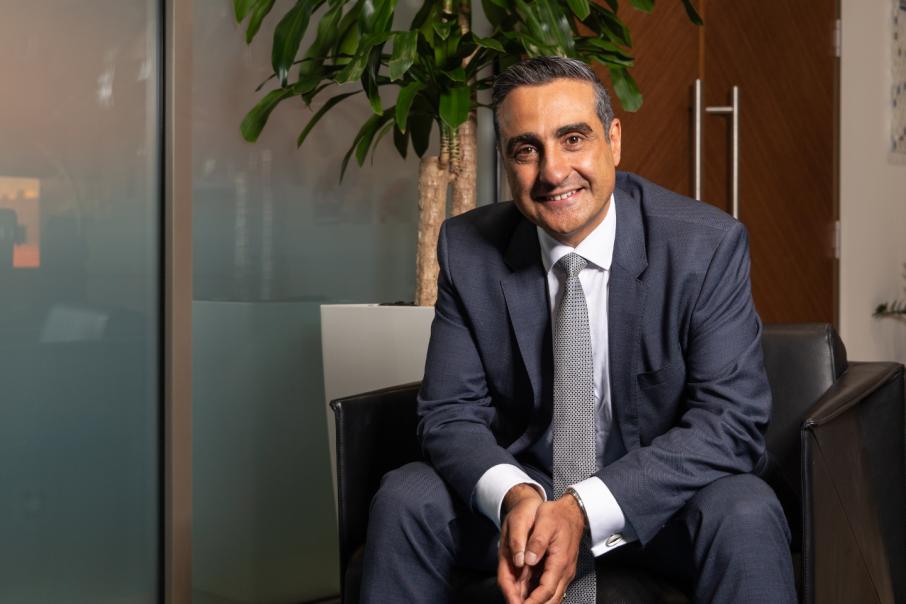 John Gelavis says residential housing is a massive contributor to the economy in terms of jobs. Photo: Gabriel Oliveira

SPECIAL REPORT: Appointed to lead the MBA in WA just last month, John Gelavis brings a focus on effective communication to the role.

Master Builders Association of WA executive director John Gelavis was born into the industry, with his father, Leffie, a well-known and respected figure in the sector through his role as a sales executive at Bunnings.

Inspired by his father to enter the industry about 30 years ago, Mr Gelavis gained his own experiences in the sector through a series of customer-facing positions at Bunnings and then CSR Timber Products, where he was a sales representative and, later, account manager for the Formica brand, eventually being based in Melbourne.

When Laminex bought the Formica brand, Mr Gelavis shifted roles and worked mostly in business development with close contact to residential builders, before ending up in the marketing department as a product manager.

Returning to Perth for family reasons, he was state sales manager in Western Australia for Laminex, again working closely with the residential building sector.

Mr Gelavis completed a master of business administration at University of Western Australia in 2010 before joining the Housing Industry Association in 2012 and becoming executive director in 2013, where he established himself as an advocate for the industry.

Three weeks into his role at MBA, Mr Gelavis remains as passionate about the industry as he was when he followed his father into Bunnings.

“I have been lucky to have worked for so many great organisations and over the journey I have learned a lot about the building industry, both residential and commercial,” Mr Gelavis told Business News.

The MBA vision is to assist members in growing the building and construction industry’s significant contribution to the economy and community, and Mr Gelavis believes effective advocacy plays an important role in achieving the MBA’s goal.

“Advocacy is very important at all levels of government,” he said.

“We have to work hard to ensure the views of our membership are communicated to the policy makers.

“We want to ensure that the policy positions the government considers are well informed, that they are evidence based, and the government properly understands the position of the association.”

During his time at HIA, Mr Gelavis earned a reputation for thoroughness and being fully across the statistics, economics, and other factors affecting the housing sector.

He said he intended to follow the same approach at MBA.

“I have always taken the view that, if we are talking to government and policy makers, we are presenting the evidence at hand,” Mr Gelavis said.

“I think it is critical in any process that the correct information is available to anybody making a decision.

“Ultimately we want the best outcome, but also if a government is looking at a particular issue there may be some unintended consequences they have not considered and it’s important that any decision they make is fully informed.

“That’s the approach I believe is best and I know the MBA is committed to ensuring all the things we do in advocacy is evidence based.”

Mr Gelavis joins the MBA at a time when the residential and commercial building sectors are struggling, meaning the need for an effective industry voice is more important than ever.

He wants to ensure the state government understands the issues facing the sector and is open to consider using policy levers to support builders.

“Residential housing is such a massive contributor to the economy in terms of jobs, particularly local jobs,” Mr Gelavis said.

“As we are coming out of this trough they do need to consider reviewing the first homebuyers grant, which MBA called for in the last state budget, and any other stimulus that might support the residential building industry further.

“We are also talking about sub-contractors and suppliers who employ people, so it just makes sense that the state government does carefully look at further incentives that would just help get the industry back on track, because it is hurting.”

Although Mr Gelavis takes an objective and methodical approach to his advocacy work, he remains a passionate supporter of the building industry.

“I’m passionate about it but I’m not a builder, so I can listen and understand their issues and be objective in my advocacy.

“I’m excited to work with a really strong board to help improve the industry not just in the short term, but also for the longer term.”