A Labor plan to boost manufacturing in WA has put it at odds with the Barnett government just months from the state poll. 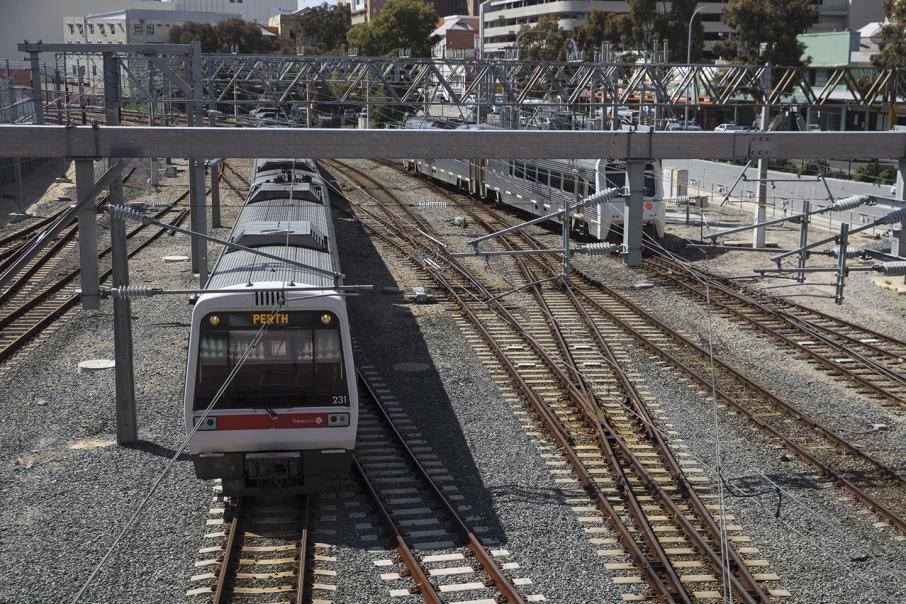 MANUFACTURING MOVE: Labor plans to revitalise manufacturing, including in the railway carriage sector, if elected in March. Photo: Attila Csaszar

A Labor plan to boost manufacturing in WA has put it at odds with the Barnett government just months from the state poll.

The Liberal and Labor parties are facing a real challenge as the March state election draws closer. The traditional promise of a fistful of dollars will no longer work – voters want to know where future jobs will come from.

And the party with the more credible policy could well emerge the winner, as Western Australia continues the painful transition from the resources construction stage (requiring thousands of temporary jobs) to the much-reduced permanent workforce of the production phase.

Generous pre-election sweeteners won’t work because voters know that the money is not there. Record budget deficits, and state debt heading north, are clear evidence of that.

Premier Colin Barnett flagged he was well aware of the problem when he took over the tourism portfolio in the most recent cabinet reshuffle.

Tourism had been seen as a perk portfolio – talking up WA was easy, with the occasional ribbon cutting exercise for new facilities added in. Not any more. The sector is now of crucial importance, with thousands of new jobs at stake.

Mr Barnett became only the second premier since Labor’s Brian Burke in 1983 (Richard Court was the other) to take on the portfolio.

And one of Mr Burke’s initiatives was to push ahead with developing the Burswood casino. Not only is the complex now a major employer, it is also a lure for the high rollers, including many from our near-Asian neighbours.

The premier has been extraordinarily active in tourism. Elizabeth Quay got off to a difficult start, but the hoped-for investment in new tourism facilities there is now happening. So is investment in new hotels.

And the Perth Stadium is expected to be an interstate tourism drawcard when completed in just over 12 months.

Labor also recognises the potential of tourism to create new jobs, promising to pump several hundred million dollars into the industry in its first term.

But Labor is promising more on the jobs front. One controversial measure involves a pledge to revitalise manufacturing, including in the railway carriage sector, requiring thousands of skilled workers.

WA had a thriving railway manufacturing industry with locomotives, carriages and wagons all being built at the Midland Workshops, which at one stage employed more than 3,000 workers. It closed in 1994, after a broken promise by the Court coalition government – on the grounds it had become too big a drain on the public purse.

Labor transport spokesperson Rita Saffioti says that Labor’s Metronet plan will require a significant increase in rolling stock, and she believes the carriages should be built in WA rather than interstate, as occurs at present.

Ms Saffioti points to Victoria, where carriages are being built for local lines, and suggests the same could happen in WA.

“The point is that, with our Metronet plan, the aim is to have a continual pipeline of work,” Ms Saffioti said.

“There’s the infrastructure provision and an expanding railway line, and increasing the capacity of the older line, but also getting the rolling stock. We think having a guaranteed pipeline of work will encourage and promote greater local manufacturing.”

There will also be a requirement for the manufacturers to have a minimum level of local content in the final product. And this is where the Labor plan draws fire from the Liberals.

In fact Treasurer Mike Nahan, sensing the Labor plan could be a threat as the election draws closer, labelled it a ‘mirage’.

“We (already) have extensive local content for all the railcars we purchased over in Queensland and overseas,” Dr Nahan told parliament.

“The opposition is out there, in an election, promising to build a railcar manufacturing plant and it is just fake – it’s a fraud.”

Dr Nahan is firmly of the view that building the carriages interstate makes better economic sense.

Labor believes that, with the demand from an expanding rail network, and also the prospect of rolling stock for proposed light rail routes across Perth, the pipeline of continual work will justify increased local involvement.

The message from the Liberals is that the Labor plan essentially turns the clock back to promoting an industry when there is a cheaper alternative. Labor says it can be done, and more jobs will result.

The party that wins the debate could win the election.