Arts and books prove to be a winning combination at Paper Bird. 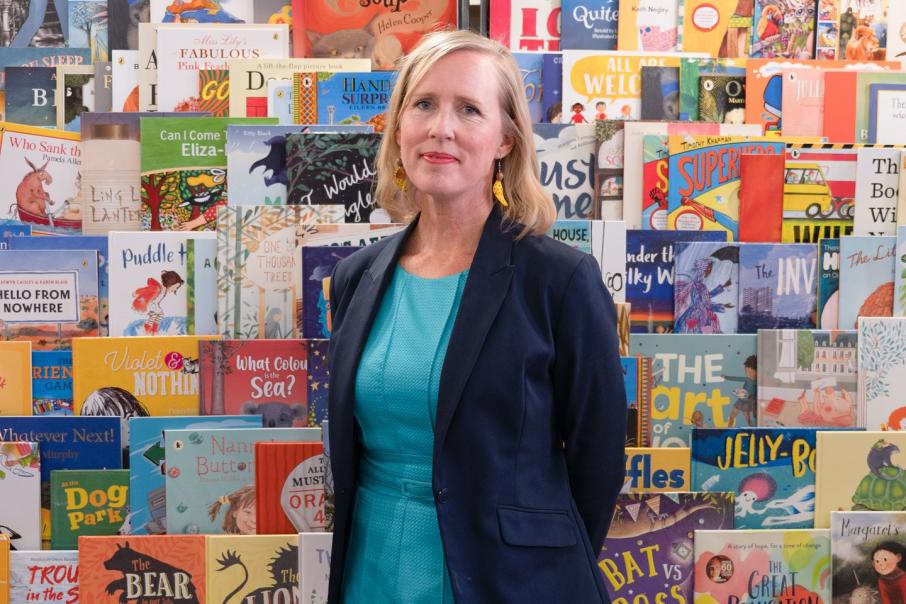 The bookshop, next to Fremantle art gallery and cafe Moore & Moore, won the people’s choice award in the recent Fremantle Business Awards, as well as best retail store.

The space brings educational experiences to retail, and doubles as an arts area, runs writing and illustration workshops, has a large collection of Aboriginal stories, organises kids’ book clubs, and offers appointments with mental health professionals for children and families.

It’s a combination of Ms Jackson’s passions for children’s literature, the arts, and her work as a psychotherapist.

“For me, the bookshop was always the open door for the rest of the establishment,” Ms Jackson told Business News.

“It’s a bit like when you go to a gallery, that soft entrance of beautiful objects in a lovely, curated space and small things you can take home to enrich your life, means that people are likely to come in and then engage in a deeper way with the programs that we run and the ideas that are flowing around this place.”

Paper Bird has been in operation since 2016, when Ms Jackson opened the business after returning to Perth from a period in Melbourne.

After working as a psychotherapist for several years and having three children, Ms Jackson wanted a break from working in the pointy end of mental health.

At the same time, she had been looking for dedicated arts spaces in Perth where her children could have contact with real artists and writers.

She didn’t have much luck.

“While there are a lot of kids-focused festivals [and] most galleries have a corner for the kids to engage in art, there really wasn’t any dedicated children’s arts spaces,” Ms Jackson said.

“So, I thought [about] what I could do to help facilitate something that really embraced the arts for children.”

She secured a space in the west end of Fremantle, where there is a cluster of bookshops including Bill Campbell Books, New Edition and Elizabeth’s Bookshop.

“We took over this old house, which was huge, but in my mind had so much potential for being a really safe and enjoyable space for kids to come and explore the arts,” Ms Jackson said.

Coming from a health background, she said the first few years of learning how to run a small business were tough.

“I threw myself into it, really. I have no retail experience, no business experience; I’ve always worked in health as a clinician, so I had a very steep learning curve and it was just me initially that was running the business,” Ms Jackson said.

As the business has grown, Paper Bird has served up more offerings to its clients.

From the start, the business has shared its space with Inkling Arts, which offers art workshops for children.

It has since incorporated several book clubs for children and young adults called Story Time, and a workshop called Story Makers for those who aren’t at school yet.

Paper Bird also has a subscription club, which includes a book each month.

Children’s authors and illustrators visit for meet-and-greets, including Emily Rodda, Sue Whiting and Alex Dyson, and Paper Bird works closely with the Society of Children’s Book Writers and Illustrators to promote local talent.

The shop has a large collection of Aboriginal books and established the Woylie Project to help support indigenous people to tell their stories.

It also developed the Paper Bird fellowship, which includes a three-month residency for emerging writers and illustrators.

More recently, Ms Jackson has incorporated her experience in mental health by opening several clinics above the bookshop.

“It feels like downstairs in the bookshop and in the arts workshops, it’s kind of like a preventative medicine, it’s building kids worlds, imaginations, inner worlds and resilience and understanding of different perspectives on life and what they can be when they grow up,” Ms Jackson said.

The pandemic has led to a groundswell of support for the multi-faceted operation, and the business has achieved a 36 per cent average monthly profit margin for the past 12 months.

Ms Jackson said book sales had continued to be strong in the children’s genre, despite the accessibility of eBooks.

“Children’s books tend to be more tactile, and it tends to be about the beauty of the object and the visual literacy of children’s books,” she said.

“The illustrations are super important, the paper, the pages, the way the pages turn, it’s all part of the experience of literacy,” she said.

But Ms Jackson said she was not interested in opening more outlets just yet, despite requests from people in Perth and other states.

“We have been asked to set up other Paper Birds around town but I’m not keen on that model,” she said.