While not the most glamorous assets in the commercial property sector, bulk warehouses, workstations, logistics centres and sheds have proved their worth in 2020. 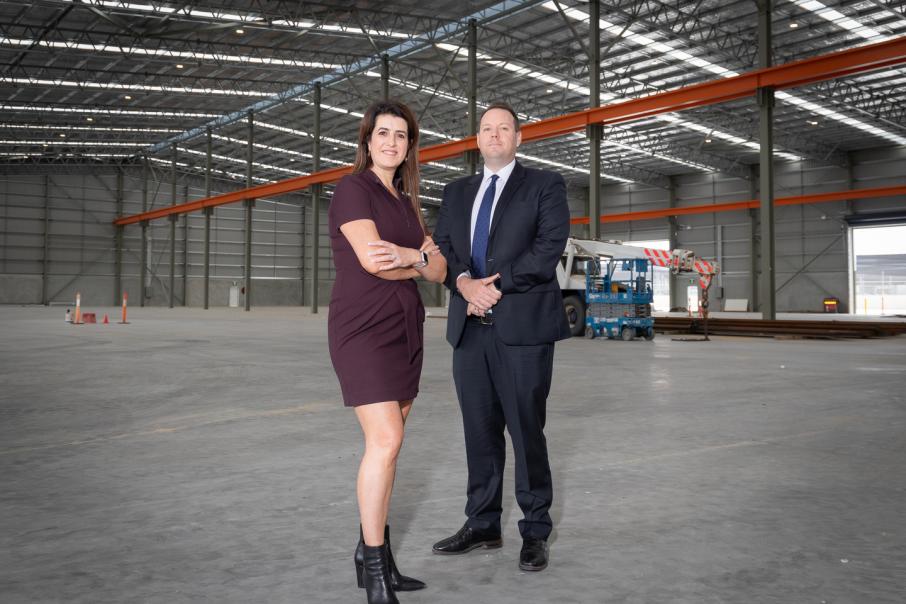 Resilience has been a key factor of commercial property plays during 2020, and industry groups say industrial assets have emerged as the star performer.

Speaking at the recent Property Council of Australia WA Division industry luncheon, JLL head of industrial WA Nick Goodridge said while the pandemic had exposed the vulnerabilities in some sectors, it had cemented the durability of industrial assets.

“The industrial market has shown absolute resilience against this pandemic,” Mr Goodridge said.

“When COVID-19 hit Perth and everyone was working from home, I took some drives, looked around the industrial suburbs, and it was business as usual.

“I think in that respect, businesses in various industries that support [industrial property] worked through.

“If you look at the commercial office market, for example, our office was vacant and there’s some uncertainty … as to what the future for the office [market] looks like, then obviously retail was heavily impacted.

“Industrial basically held its own; we didn’t see any reduction in rents, haven’t seen much pressure on land values, and we haven’t seen any increase in vacancy.”

In contrast, major shopping complex operators such as Scentre Group felt the full brunt of the pandemic, with tenants forced to close and the group reporting a $4.1 billion write-down of its 42 retail assets across Australia.

And while Perth’s CBD offices are back at 77 per cent of pre-COVID occupancy, businesses and landlords continue to navigate the potential long-term impacts of flexible working.

Meanwhile, at the height of the pandemic during Q2 of this calendar year, gross take-up activity in the state’s industrial market was at the same level as Q1 2019 (see graph), with leasing activity bouncing back over Q3 2020.

Mr Goodridge said the nature of industrial property’s tenant base – transport and logistics organisations, e-commerce and mining services businesses – had somewhat shielded it from the full impact of the pandemic.

For example, while shopping centres were mostly shut during May, JLL brokered 11,000 square metres of additional space for Australia Post.

Amazon is another e-commerce player said to be expressing an interest in industrial property around Perth Airport.

“Investors are keen to get some diversity in their portfolio and industrial has been the sector that’s been heavily targeted,” Mr Goodridge said.

That was evidenced by one of the largest transactions for the year in August, when institutional investor Charter Hall paid $63.5 million for 22 Geddes Street in Balcatta, as part of its industrial fund.

Formerly owned by Stockland, the property is leased to Brownes Foods with more than 13 years remaining and two 10-year options.

JLL’s report found that, in the 12 months to September, industrial investment volumes in Western Australia totalled $309.6 million across 17 transactions, against a 10-year average of $348.5 million.

Mr Goodridge expects demand from tenants and investors to continue, with COVID-19 accelerating e-commerce trends and more manufacturing expected to return to the state as a result of the pandemic’s impact on supply chains.

“In our read, there’s about $30 billion worth of capital right now targeting leased industrial and logistics property in Australia this year. We’re going to get to about $4.2 to $5.2 billion in actual volumes traded,” Mr Goodridge said.

Generational family ownership of industrial assets was one factor restraining sales, he said, with these private groups rarely selling.

“I call it the ‘five families of New York’, they really just run this market,” Mr Goodridge said.

“And while the institutional owners would just eat all this product up, they can’t unlock it; they’re onto us all day every day and we’re trying.”

The WA-based syndicator manages a diverse portfolio of properties in the commercial space, including retail and office buildings, but managing director Peter Hughes said industrial opportunities had proved most popular in recent months.

The group’s industrial assets comprise 150 Quill Way in Henderson, and several other facilities in South Australia and Queensland.

Investor appetite had been reflected in APIL’s recent industrial-focused capital raising, which Mr Hughes said was 20 per cent oversubscribed.

“The industrial market, and the industry itself, has performed the best out of any sector during the COVID pandemic,” Mr Hughes told Business News.

“There was minimal disruption, for example [tenants] maintained rental payments.

Mr Hughes pointed to yield compression as proof that the market was heating up.

When APIL launched its Industrial Fund No.1 in 2019, acquisitions were sitting at around 7.5 per cent.

Now he said it was difficult to buy, let alone find, assets in the 6 per cent range.

“I think the industrial sector will do very well for the next five years, in WA and across the country,” Mr Hughes said.

“I’m bullish on it; we’d just like to be able to get our hands on more.”

The group has been actively buying and developing industrial land in the Perth market in recent years, building a collection of industrial properties it retains and leases.

Ms Drago said there had been an uptick in interest from east coast companies, likely seeking to ride the wave of renewed mining activity.

The state’s potential play for major submarine works had also boosted her positive outlook, particularly for the Australian Marine Complex estate in Henderson.

“We’re still signing 10-year lease terms, plus 10 plus 10. I think that helps keep the stability [and security] in the market.

“We’ve got more in the pipeline to build but we’re also on the hunt for more land.”

Ms Drago said Hero recently acquired a two-hectare site in Forrestfield and was sitting on land in Kalamunda, with zoning an ongoing challenge for unlocking future industrial supply, which is limited beyond 2020 (see graph).

The new 56ha Roe Highway Logistics Park, developed and owned by Hesperia with partners Tattarang and Gibb Group, has been flagged as one potential driver of new large-scale developments, with more than half of the estate already sold.

“Land supply is pretty limited if you look at the population hub around Perth,” Mr Lisle told event attendees.

“The land supply in those areas is constrained but there are sites, they’ve just got complications and challenges.”

Once planning reform and policies were formalised and migration returned, Mr Lisle said, the industrial property market should have a strong run.

“We’re an attractive place to live … and have number of areas we have strategic land.

“So for us, we’re feeling pretty bullish about it; the challenge is always land supply.”