The state’s property market was on the cusp of recovery pre COVID-19 according to CoreLogic, which recorded four consecutive months of Perth dwelling value increases in early 2020 – the longest stretch of capital growth since 2014. 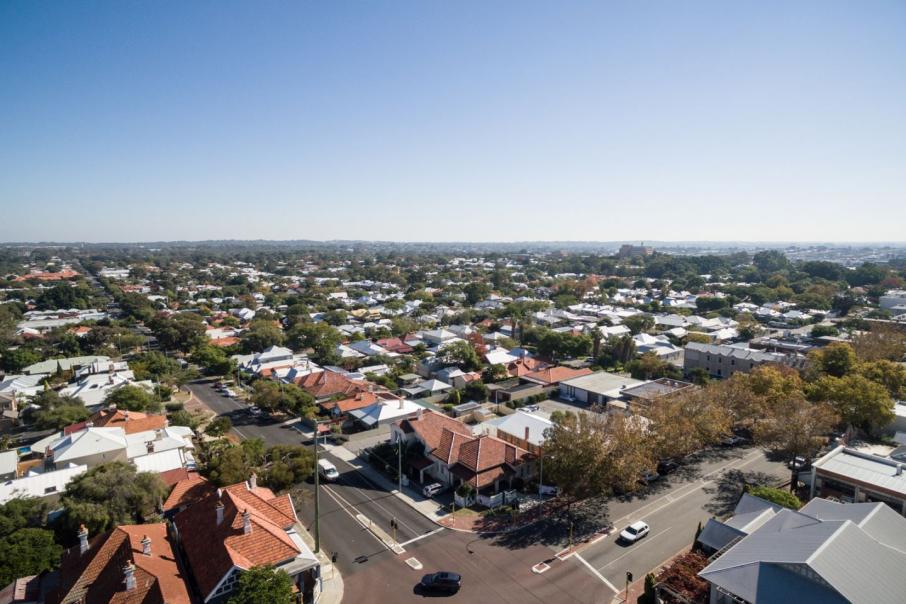 The state’s property market was on the cusp of recovery pre COVID-19 according to CoreLogic, which recorded four consecutive months of Perth dwelling value increases in early 2020 – the longest stretch of capital growth since 2014.

COVID-19 has interrupted that upswing, a CoreLogic report launched today has found, with the 28-day rolling change in the daily hedonic index indicating Perth dwelling values had started to fall again.

However, falls in value had so far been mild at -0.2 per cent.

“This is in line with a flattening of the curve and relaxation in social distancing policies, especially those specific to housing, new listing numbers are trending higher from their record lows.

“Importantly, total listing numbers haven’t trended higher and are at the lowest level in ten years for this time of the year. The trend towards a rise in new listings and consistently low total listings implies newly listed stock is being absorbed quickly by the market.” 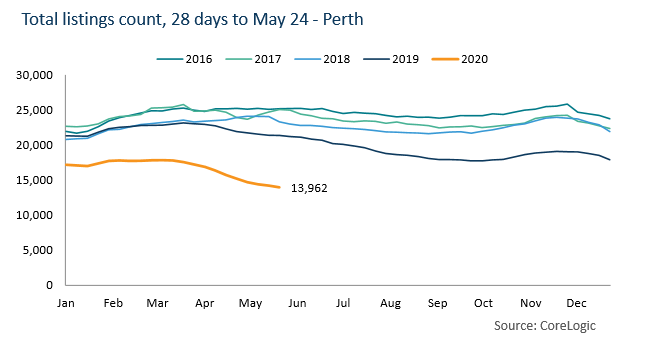 “Though this is a continued headwind to the real estate sector, it may be preserving stability in dwelling values,” Ms Owen said.

Ms Owen said the state’s mining industry, once a “drag on property” could now be a “source of market stability.”

Ms Owen said while the mining sector had not been completely untouched by COVID-19, with some operations suspended and capacity reduced to reduce the threat of infection at work sites, mining companies remained optimistic.

For example, she said, BHP had signalled steel production over 2020 to possibly be slightly higher than in 2019, if a second outbreak of COVID-19 could be avoided.

“The strong link between mining and prosperity across WA created boom and bust conditions between 2011 and 2019. This extended to the property market. As mining investment declined significantly following a steel glut in China, job losses and resident departures across the state have left values in a downswing for years,” she said.

“Renewed vitality in the mining sector, and the subsequent boost to economic activity, is likely to provide some insulation in demand for the Perth property market.

“This would make the impending downturn less severe than it may otherwise have been.”

Weekly payroll data from the ABS provides an early preview of labour force conditions, showing job losses across WA to have been slightly less severe than its east coast counterparts:  The decline in payroll jobs across the state was 5.8 per cent between March 14 and May 2, as opposed to 7.3 per cent Australia wide.

“Perth has less exposure to industry sectors that have been heavily impacted by COVID-19, with 8.6% of the local workforce employed with the accommodation and food services and arts and recreation services sectors, compared with 9.1 per cent nationally,” Ms Owen said.

Ms Owen said another key factor that would likely support housing demand across Perth was the “sheer affordability of housing”.

“The blend of affordable housing options and the expectation for more resilient economic conditions is a good recipe for Perth’s housing market to outperform,” Ms Owen said.

Additionally, CoreLogic anticipated a higher number of auctions to be held across Perth, Adelaide and Brisbane this week, following 10 auctions recorded in Perth for the week ending May 24.