The refusal to allow Clive Palmer into WA on public health grounds seems out of step with decisions relating to other high-profile businessmen. 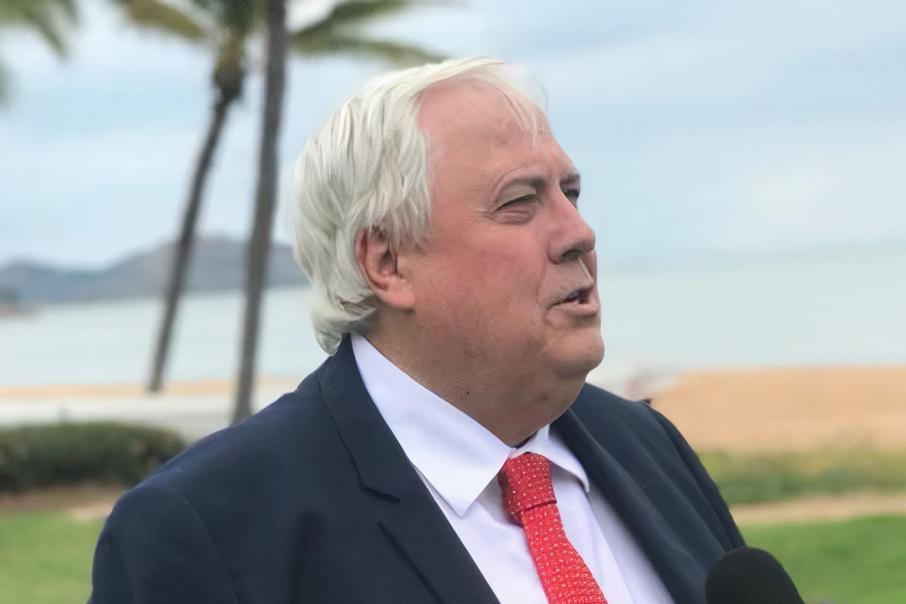 Clive Palmer is challenging WA’s decision to deny him entry to the state.

The refusal to allow Clive Palmer into WA on public health grounds seems out of step with decisions relating to other high-profile businessmen.

The slow reopening of the Western Australian economy has annoyed some people, but an issue of greater concern may be manifesting because it appears the state government has started to play politics with the COVID-19 pandemic.

No doubt an accusation like that will bring howls of denial, but there are two reasons to believe something other than concern about public health lies behind recent events in WA and other states.

The denial of Clive Palmer’s application to enter WA has sent entirely the wrong message to any business – Australian or international – that might be planning to invest here.

While Mr Palmer is not an easy person to like and his politics are divisive, he has been a major investor in WA and remains a key player in the state’s iron ore sector.

It’s his role in CITIC Pacific Mining’s $12 billion Sino Iron project, and the historical relationship with the state government, that raises suspicions the WA premier, Mark McGowan, has used COVID-19 as a form of political payback.

Ultimately controlled by the Chinese government, the Sino Iron project has been a mess since problems with poor design were magnified by incorrect installation of critical parts of the ore-crushing system, which led to a massive cost blowout and completion delays.

However, the biggest problem today is Sino management’s failure to secure sufficient space to store mine waste.

The only solution appears to be securing an agreement with Mr Palmer, who controls the ground around the processing plant and has refused Sino’s overtures (having already successfully sued Sino over a royalty dispute).

Sino has enlisted the WA government to help pressure Mr Palmer into accepting the dumping of waste rock on his land, a standoff that threatens the long-term survival of the project.

The Sino stalemate is reason enough to allow Mr Palmer to enter WA; and while it has been reported the decision was made by the police commissioner, there’s no doubt Mr McGowan could have intervened and common sense prevailed, as it has in allowing Andrew Forrest and Kerry Stokes to fly in and out of WA during the pandemic.

Perhaps the most disturbing aspect of the Palmer case is that the WA government may be using the incident to signal its support to the Chinese government over the Sino Iron dispute (in an attempt to prevent a spillover of the tariff war onto the broader iron ore industry).

Whether anything as Machiavellian as that has occurred might never be known, but the potential is there for anyone to see, just as it is in the case of the Victorian government striking an investment deal with China as its counterpart in Canberra is locked in a dispute over barley and beef.

Something slightly different is happening in Queensland, where the important tourism industry is being held to ransom in what seems to be another example of a state government using COVID-19 for political purposes.

What Queensland Premier Anastasia Palaszczuk appears to be doing is maintaining her state’s lockdown as a way of avoiding any potential outbreak of the disease before a state election scheduled for October 30, so she can go to the polls with a success story to tell.

Disputes between Australian states are nothing new, but what’s happening today is that states appear to be developing their own foreign affairs policies, with China clearly the object of their affections.

Long before the political games with COVID-19 trigger a domestic crisis, there is a very real issue when it comes to banning the movement of people and goods between the states, which is a right firmly enshrined in the Australian constitution.

Using a public health pandemic to ban free movement has won widespread support because of the way it appears to have limited the spread of the disease.

However, the strict limits on personal movement was never pitched as a means of achieving total elimination of COVID-19, but rather a process of ensuring the health system could manage the problem, which it has, admirably.

Now comes the time for something more important than shutting WA off from the rest of the world: reopening WA, which is more dependent than other states on international capital and trade.

That’s why the Palmer case is important; and while it seems to be a domestic quarrel between men who obviously don’t like each other, the world is watching the introduction of political considerations that have no place when it comes to job-creating investment decisions.