Painting a legacy for family business

Seventy-five years after it was established, Eric Hood Painting & Maintenance is continuing to build a strong family legacy. 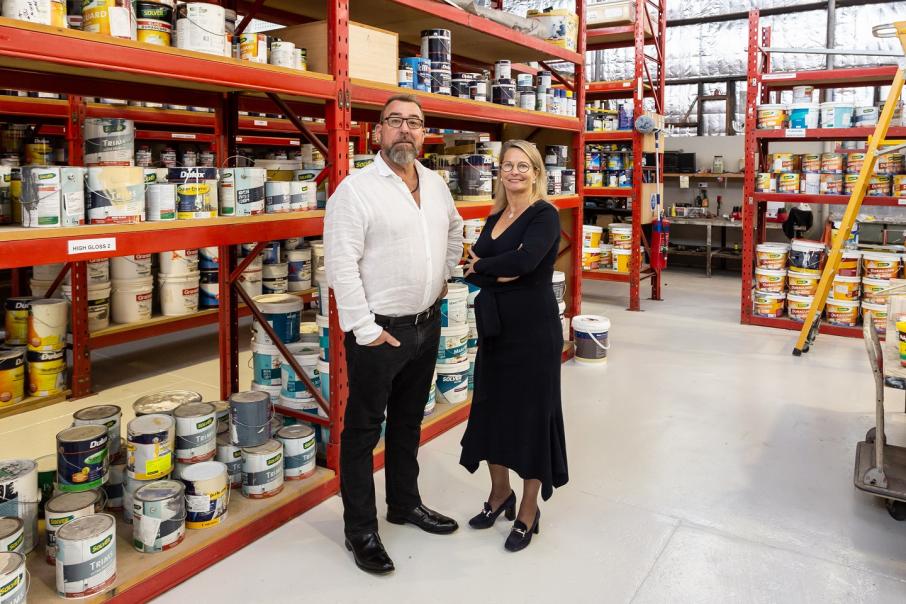 Seventy-five years after it was established, Eric Hood Painting & Maintenance is continuing to build a strong family legacy.

Commercial painting could be one of the last industries to hold out against the impacts of technological disruption, according to the owner of one of Western Australia’s longest-running painting businesses.

Eric Hood Painting & Maintenance Services was established by Eric Hood in 1945, and has continued to operate under that name after his son, Phil, took over in the early 1980s.

Today, the company employs around 20 painters and has a portfolio of clients that stretches across the state from the metropolitan area to remote communities in the far north.

Phil Hood told Business News he didn’t believe the painting industry was as susceptible to the detrimental effects of technological disruption as many others, largely due to the highly skilled nature of the work involved.

“Even though we’ve come a long way in the equipment that we use, and spray equipment is a lot more advanced than what we had before, there is still plenty of work in the world with painters.”

He said one of the major challenges he had faced in his career was the perception that painting was an afterthought for commercial and residential buildings.

“It’s the first thing people notice when they walk into a building … but unfortunately because it’s the last part of the project it’s often the thing people skimp on,” Mr Hood said.

“While anyone can paint, not everyone can paint well. That’s what we do, and we’ve worked really hard at making sure we excel at it.”

In order to maintain the longevity of the business, and the quality of its work, Mr Hood said all employees were paid well above industry averages – an initiative he said established a strong and productive culture and ensured the company attracted the best talent.

Mr Hood said there was no real secret to the company’s ability to stay in business for nearly 75 years, other than maintaining long-term relationships with its previous clients.

“When you do that, you don’t have to look for the next job because they trust you and they trust the relationship,” he said.

“We have never aimed or tried to be the biggest painting contractor with the most painters on our books.

“It is more important for us to stick to what we are good at and that is servicing our clients well.”

“In the early days of my business, my dad turned to regional work to keep things afloat,” he said.

“Decades later and regional work is our major strength; we’ve learned how to paint so that the work survives the Australian outback conditions

“That wouldn’t have happened if dad hadn’t taken a risk back in the day.”

Mr Hood’s wife, Melanie, who also works at the business, said the company’s history held it in good stead, particularly in regards to bidding on long-term maintenance programs.

“Our history is very valuable.”