Rather than being career driven, Margaret Seares says serendipity has played a big part in her success to date. 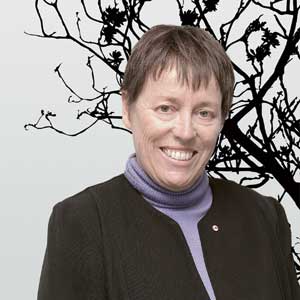 WHEN Margaret Seares stepped down as senior deputy vice-chancellor at the University of Western Australia at the end of 2008, she did so on her own terms.

"I've always liked to choose the time of my going, and not let anybody else choose," Professor Seares said.

"All the key jobs I've had were continuing contracts and I left when I thought it was time for me to do something different. Sometimes you become aware that you might be getting into a repetitive coasting and if you feel that, it's incumbent upon you to move on."

That Professor Seares likes to challenge herself is evident in her contributions to the arts, academia and the community, which has included chairing the Australia Council, running WA's Department of Culture and the Arts, heading the university's school of music and sitting on its academic board.

These contributions among others were recognised in 2003 when she was made an Officer of the Order of Australia.

Despite this, Professor Seares does not see herself as career driven.

"For me, it's been serendipitous," she said.

"I'm not the sort of person who has a five-year plan. I follow the school of thought that says sometimes you are in the right place at the right time and a door opens and you go through it."

One of her current projects is being mentor to a number of women, which she finds a refreshing contrast to normal line of work.

"With someone who's right outside the profession you're in, there's no judgemental quality. It's about listening and providing feedback and occasionally asking the challenging question to try and help people reflect," Professor Seares said.

She believes the nature of Western Australian business as intrinsically masculine means women are under-represented in key positions in business and government.

"It's probably partly a product of us being a mining and engineering state, and a lot of the industries within that are run by men; but in government it's also taken a long time," she said. "There's still a way to go in WA to see women in some of the key jobs."

But Professor Seares believes there will be more diversity in WA business in future.

"I think everyone has said we've got to be planning for the future when the wealth won't be generated primarily from energy and resources," she said.

For her own career, Professor Seares has been lucky to have a husband whose flexible work conditions have allowed him a greater role in the bringing up of their two sons.

"My excuse [for pursuing a career] is that I actually failed domestic science at school and it wouldn't have been good for the boys. My husband reminds me of this periodically," she said.

"It took me a year to hem a handkerchief, I couldn't cook. In fact, I got thrown out [of class]. It was when the mashed potato went all over the teacher. They'd had enough of me."

Ironically, Professor Seares is now indulging in her newfound passion for the domestic art of gardening.

"I've become quite obsessed with the fruit and the flowers and the plants. It's nice to find something new that I really find fascinating and interesting," she said.

This growing interest in nature has led Professor Seares to consider taking on some "rudimentary" studies in science at the university.

"They would be very basic," she said.

"I've never done any sort of science before. I've always been interested in the humanities, but I think I'd like to explore that now."

Passion for learning and discovering new things is a constant theme, and it is something Professor Seares is not nurtured in today's youth.

"One of my bugbears at the moment is this hyper regulation, almost nanny state that we live in, so that we can't show more of our creativity. I seriously worry about it for the future." she said.

"In WA we are so overregulated, so regimented. It increasingly encroaches on our individual freedom, and eventually that starts to become part of the culture.

"Creativity is about looking at solutions, looking at different ways of solving a problem. If you don't do that you don't get the great breakthroughs that we have all heard about.

"The brain needs to be a little bit hard-wired to do that. If the brain is complacent and prepared to accept the same old answers to the same old questions, you're not going to get those potential breakthroughs.

"Once you get a critical mass of people like that in a society, that's when you get a highly innovative people," she said.

"We want free-thinking people if we're going to be creative and innovative."

Through an open door

Do Western Australians have a responsibility to be philanthropic?

We have people who are ongoing philanthropists, but we need to build up the number of them.

It's not the wealthiest people

in Australia who give consistently, it's the middle people. They're not hugely wealthy, but they give every week.

Why do you support Australia becoming a republic?

I'm a great believer in symbolism. It's about maturity and self-confidence as a nation.

How do you define the character of Australia?

There's the sardonic, wry sense of humour, the ability to laugh at ourselves. But I think we sometimes too easily overlook the great differences that exist in our society.

What are some of the things you'd like to do in the future?

In recent years I've been to China and Japan a few times and found them really interesting. I would like to go back there.

Why did you choose 18th century music to study in your PhD?

I played the harpsichord, and it's the music I love; Bach and Handel.