Politics is something of a guilty pleasure for Alannah MacTiernan. 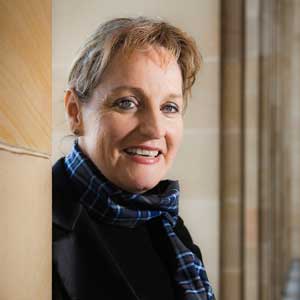 FOR someone who feels remorse for the lack of time they've devoted to family and friends, seeking a job on the other side of the country seems to be an odd way of showing it.

That is certainly the scenario with key state opposition player Alannah MacTiernan who, after more than 16 years in Western Australian parliament, including two terms as planning and infrastructure minister, is now seeking a federal seat.

"I constantly feel guilty," Ms MacTiernan told WA Business News on the day she officially confirmed speculation that she was seeking endorsement for the federal seat of Canning.

"I don't have time for much of a life other than this job.

"Sometimes I feel, as a human being, I don't do enough of that personal stuff."

However, Ms MacTiernan also believes circumstances have conspired to make national political representation less onerous for her than it could have been, with her children now grown up and direct flights to Canberra available.

"I had my children young, so they are grown up," she says.

"I think that makes it easier.

"I don't have that pull. It is not the same as someone who has young children.

"I think the job, particularly of a member of the House of Representatives from WA, is particularly tough one because of the travel."

"I saw in the 1980s when there were a lot of WA (Labor) members of parliament there was a high incidence of marriage breakdown."

So why, even if it's easier than three decades ago, would the 56 year old turn her sights to taking on Liberal backbencher Don Randall, who has a comfortable margin of more than 9 per cent in the seat he has held since 2001.

Ms MacTiernan admits she remains engaged by politics after nearly two decades in parliament and sees the federal sphere as the main game these days.

That is especially the case with the two subjects she raises as of most concern for her - climate change and education.

"These issues are increasingly being dealt with at the federal level."

Asked why education would appear so important after two terms in state government, the former WA minister admits she has developed a latent interest in recent times after being freed from the focus of a ministerial role far removed from schools.

She defended the previous state governments of Alan Carpenter and Geoff Gallop, saying they had made a decisive difference in terms of extending pre-schooling and ensuring all kids stayed in education until they were 17.

However Ms MacTiernan says her awareness of educational deficiencies has grown as she has dug and delved in more recent times.

On the issue of climate change, she is definitely in the alarmist camp - a consistent approach from her 1993 maiden speech to parliament when she raised the issue of sustainability, hardly a buzzword at the time.

"We need to reassess our focus on material goods as the measure of quality of life and standard of life and we need to recognise that our current level of consumption of the earth's resources is not sustainable," Hansard reports her as saying. "We have a moral obligation to future generations to reverse that process.

"However, this is not a battle, exclusively or primarily, which will take place on the floor of any parliament.

"It is a major ideological shift which must take place within society at large."

Fast forward to 2009 and not much has changed.

Ms MacTiernan warns of the potential of reaching a climatic tipping point, which could cause severe droughts and disrupt humanity, including the arrival of large populations on our doorstep.

"That would mean a horrific life for our children and grandchildren," she says.

And she has no time for sceptics such as academic Ian Plimer, who recently launched a book dismissing the anthropogenic climate change as theory maintained to keep climate scientists in business.

Speaking of political correctness and conspiracies, Labor's most senior female in WA dismisses talk of any long-running feud with building magnate Len Buckeridge, whose BGC group fought several protracted and difficult battles to progress developments such as the James Point port at Kwinana and the brickworks at the Perth airport while she was in charge of planning and infrastructure.

"I think it was important for Len to think we had a vendetta against him," she says.

"At the end of the day there was never any decision that I made that was in any way moved by any personal vendetta against Len.

"He is a colourful character."

Ms MacTiernan firmly believes Labor has some developments to be proud of from its time in office.

She lists the Network City framework for metropolitan consolidation, the significant developments at Geraldton that paved the way for the Mid West iron ore industry, the revamp of the ports' governance, Champion Lakes, Roe and Tonkin Highway extensions and the Perth to Bunbury highway.

A particular note of achievement rings with new basketball and athletic stadiums to replace the tired facilities at Perry Lakes, a move that was not without controversy.

"That drifted on for years," Ms MacTiernan says.

"Someone had to take the view that we were not going to get the council across the line and we had to have an act of parliament to resume the land."

Alannah MacTiernan is relaxed about aiming for Canberra and is not concerned about the heavy travel penalty for Western Australian members.

"My husband is pretty independent; he can get his own takeaway."

If she wins pre-selection, she knows she has a big fight to take on Liberal Don Randall, who has a comfortable majority.

"I am Labor's best chance of winning that seat and helping win government," she says.

While admitting she doesn't have much of a private life, the Labor politician catches novels and science journals in the hour before midnight - and heads to gym at 6am.

"I can't sleep without reading."

One of her favoured reads is the populist journal New Scientist and she is an enthusiast for technology, which may provide answers to many of the problems that confront us today - such as dealing with servicing an ageing population via robots and artificial intelligence.

"The rate of scientific research and development is so dramatic," she says.

"We have to be looking ahead.

"We have to make sure the course we are setting is a contemporary one."

While many view political life as one of perks, Ms MacTiernan says holidays have typically eluded her; the last one she can remember was a long weekend to Canberra, where one of her children currently lives.

"You are constantly on the job," she says.

"I have not had more than a week for more than 10 years."