Some of the biggest names in WA business will help nurture the next wave of philanthropists in the state as part of an innovative program to raise money for the children’s hospital. 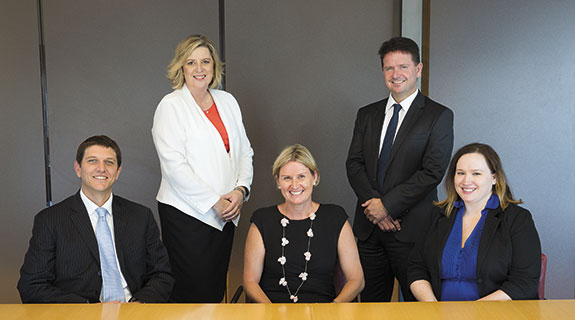 Some of the biggest names in WA business will help nurture the next wave of philanthropists in the state as part of an innovative program to raise money for  the children’s hospital.

Princess Margaret Hospital Foundation has enlisted the help of some prominent Perth business leaders to guide a group of young professionals in their efforts to raise at least $30,000 for the hospital.

The ‘emerging leaders in philanthropy’ program has garnered interest from Deloitte managing partner Michael McNulty and professional non-executive director and ASX-listed company board member, Fiona Harris, who will each mentor a team throughout the inaugural year of the program.

Brookfield Multiplex executive director strategy and finance Sharon Warburton helped spearhead the program, through her position as board member of the PMHF.

Under the program, each of two teams will select a specialist department of Princess Margaret Hospital – Aboriginal health, mental health, respiratory medicine, rehabilitation or burns – for which to raise money.

Leaders of the two teams – Brookfield Office Properties marketing manager Emma Tearne and NS Projects practice and finance manager Daniel Whiston – and their mentors will guide their respective teams with the help of a number of high-profile speakers.

Ms Tearne and Mr Whiston said while the first priority was to raise the funds for PMHF, the development of leadership skills and exposure to the big names in business would be another of the program’s significant outcomes.

“It’s a chance to be able to give back to the community and at the same time, develop my own leadership skills and networks, and pairing that together was an opportunity that was very appealing,” Ms Tearne told Business News.

Both Ms Harris and Mr McNulty agreed that the culture of philanthropy in Australia had a long way to go to match that of the US.

“In Australia we don’t have a strong culture of philanthropy, certainly not as well developed as it is in the US, despite some fantastic work that people are putting in during the past few years,” Ms Harris said.

Ms Warburton said while many WA business leaders engaged in philanthropic endeavours, unlike their US counterparts, until recently they had not been public about these activities.

“I think, strategically, certain individuals across the country have made that decision (to be more open), and that’s opened a whole new range of areas for people to create ideas and to come up with new programs,” she said.

These new ideas will be key to successful philanthropic ventures in a competitive market, according to Mr McNulty.

“The competition out there now to raise any money for not for profits, no matter how endearing, is just really tough, so I think you’ve got to be increasingly innovative,” Mr McNulty said.

Last financial year, PMHF received more than $6.6 million in donations and provided about $6.7 million in grants to the hospital.

More than $1.8 million went to fund new equipment and $1 million was used for research grants, $436,000 for capital works, and $224,000 to assist family members of children staying at the hospital.

The emerging leaders program is being run at no cost to PMHF or the hospital, with local mortgage and finance broking firm Excelsior Finance signing on as program sponsor.