ANALYSIS: The prime minister has made WA the target of his final full day on the campaign trail. Was it a desperate attempt to hold on to three seats, or did he just need to shore up support? 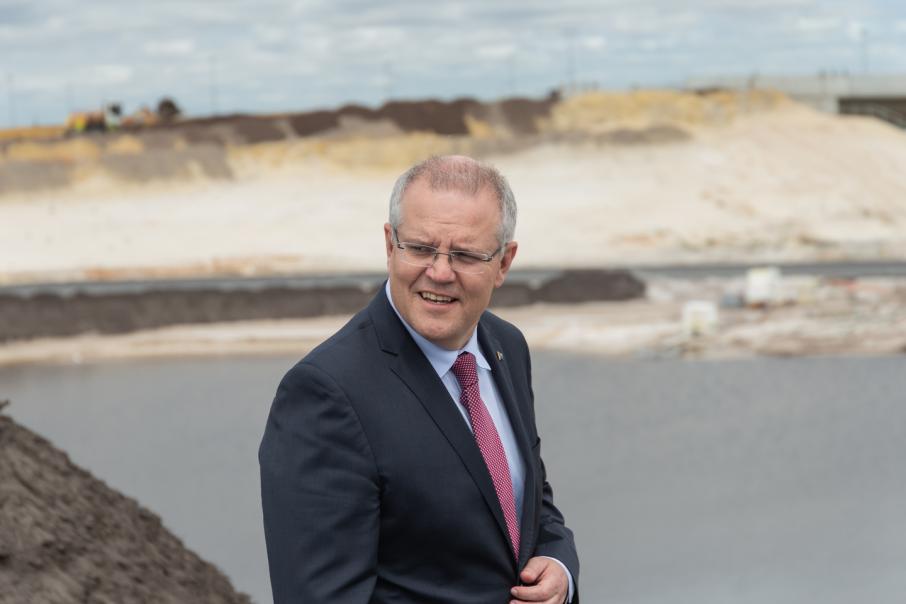 It looked like a last-ditch scramble to save three Liberal-held seats the prime minister fears will fall to Labor.

Or, on the flip-side, Scott Morrison spent his last day of the campaign in Western Australia because he knew one more visit would sandbag those seats and seal it for him in the wild west.

Starting in the Liberals' most marginal seat of Swan (3.2 per cent), Mr Morrison went to the George Burnett Leisure Centre for a photo opportunity with the "prince of potatoes", Tony Galati.

Liberal candidate Kristy McSweeney has been at pains for commentators to recognise Swan as more of a working class industrial and transport corridor, rather than a latte-sipping inner city electorate. It's got a bit of both.

But if the number crunchers are seeing a swing Labor's way of anything between 3 per cent and 5 per cent, then Swan is gone.

The prime minister also ducked into Pearce, which sits on a 5.2 per cent margin and became problematic for the Liberal Party when Christian Porter was rocked by historic sex assault allegations and eventually resigned. The claims were never tested and Mr Porter has returned to practising law.

The prime minister toured a new housing development and reminded West Australians that it was his government that finally secured them a fair return of the GST pool.

"And that means that the state government, with around $2.5 billion extra every year, can invest in those important services that are much needed here in this community," he said. "In the roads, in the schools, in the hospitals, in the transport services, keeping people safe with law and order."

Alongside the Liberal candidate Linda Aitken, who is under threat from Labor's formidable grassroots challenger Tracey Roberts, Mr Morrison said tomorrow night's election count will go down to the wire.

The latest Roy Morgan poll was saying otherwise with a 53 per cent to 47 per cent two-party preferred vote in Labor's favour.

The Liberal-Nationals primary vote was 34 per cent, which is not enough for the coalition to form government.

Labor has the same primary to work with, according to Roy Morgan, but it knows strong preferences will flow from the Greens.

More than seven million people out of the eligible 17.2 million have already voted, which has some pundits believing the die was cast long ago and that voters want change.

"We can't risk Labor with higher debt, higher deficits, which are only going to push up your cost of living and push up interest rates," Mr Morrison warned in his final pitch to voters.

Hasluck was next, where the prime minister and accompanying media donned orange head scarves to enter a Seikh temple in the seat currently occupied by Liberal minister Ken Wyatt.

If Hasluck turns red tomorrow, Labor would likely have gained the three Liberal seats its been targeting all long.

For good measure, Mr Morrison's final stop before flying back east was in the most marginal seat in the state - Cowan.

Labor incumbent Anne Aly clings to Cowan by a nail-biting 0.9 per cent. But a recent redistribution of the boundaries falls in her favour and Ms Aly should be returned.

The prime minister did not step foot in the blue-ribbon seat captivating many interested observers.

Curtin's Liberal MP Celia Hammond enjoys a 13.9 per cent margin, but the so-called teal independent candidiate Kate Chaney is threatening the very foundations of the party in West Australia should she win.

Mr Morrison - and his campaign strategists - either knew there was no need to enter Curtin, or that it would have been fatal to Ms Hammond if he had.

Take your pick on that one, too.