SPECIAL REPORT: In 1998, then mathematics teacher Paul Symons was frustrated with the number of desktop computers being stolen from Perth schools, so he designed and created a solution – an innovative locking device that bolted a computer to a desk – PC Locs. 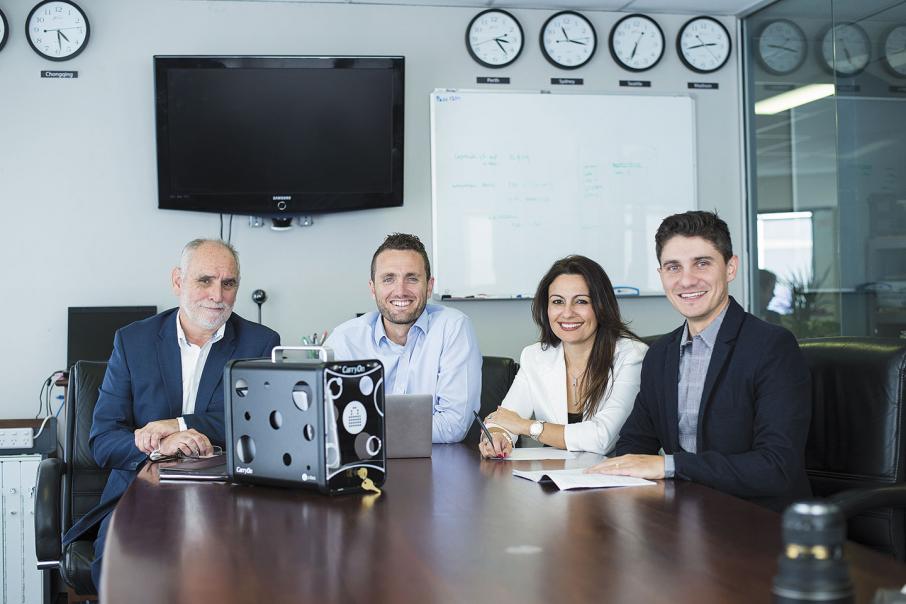 In 1998, then mathematics teacher Paul Symons was frustrated with the number of desktop computers being stolen from Perth schools, so he designed and created a solution – an innovative locking device that bolted a computer to a desk – PC Locs.

Mr Symons was soon joined in the business by his son, James, (now chief executive), who recognised the commercial viability to scale the idea into a business.

Demand for PC Locs increased as word spread of its effectiveness, and it wasn’t long until a large number of schools across Australia had implemented the desktop security device.

Less than three years later, the introduction of laptops changed the market, threatening the long-term sustainability of a business built on securing purely stationary PCs.

What could have been the catalyst to the end of PC Locs sparked the development of a new product line – a mobile charging trolley for laptops.

PC Locs established itself as the leader within a rapidly growing market for mobile computer labs, and by 2010 it caught the interest of the international market and rebranded its export name to LocknCharge.

What began as a solution to a computer theft problem has grown to become a privately owned multinational company providing a range of products for managing portable devices.

The business has kept up with market trends by applying an agile business model and now sells a range of charging stations, lockers and carts, as well as a selection of cases and bags for laptops, tablets and iPads into more than 20 countries.

PC Locs has offices throughout Australia, the US, China and Europe and has developed commercial relationships with some of the largest technology company, including Apple and Google.

The company is also targeting the education and government sectors, as well as aviation and the corporate market.

To view and purchase photos from the Rising Stars Awards night visit:
https://www.smugmug.com/gallery/n-hWFqGd