Five finalists have been announced for the 2015 OzApp awards program run by Curtin University, including Perth company Simply Wall St, with the winner to be unveiled next week. 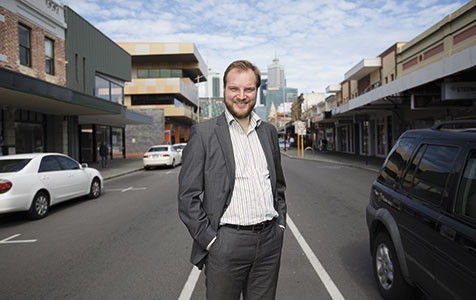 Five finalists have been announced for the 2015 OzAPP Awards program run by Curtin University, including Perth company Simply Wall St, with the winner to be unveiled next week.

Simply Wall St was nominated for its mobile application that turns complicated financial data into infographics.

The company, which seeks to improve accessibility to the market for retail investors, moved to Sydney after receiving a $100,000 investment through the AWI Ventures accelrator program last year.

This year it secured a further $590,000 raising lead by angel investor Mike Quinn, who also hails from Perth.

It is headed by creators Al Bentley and Nick van den Berg, who lead a team of five.

Another nominee, Airlinc, enables users to turn their mobile phones and tablets into an audio monitoring tool that can be used by producers at a lower cost than traditional hardware.

Applications targeted to businesses featured too, including Hike and Swift.

Swift is intended to simplify and reduce costs in transport and logistics dispatch services by automatically making routing decisions, while Hike’s application is point of sales software that integrates easily with accounts management programs.

A further application was BLRT, which is used for person to person or person to group communications.

The application enables users to point and draw across images and make audio recordings, sending it as a low bandwidth video.

More than 170 entries were received in this year’s awards program, from four countries across the Asia Pacific region.