Given the work they do, it should not be surprising to find that management consultants go through periods of change and renewal – adjusting to market demands and the people they have to meet that. 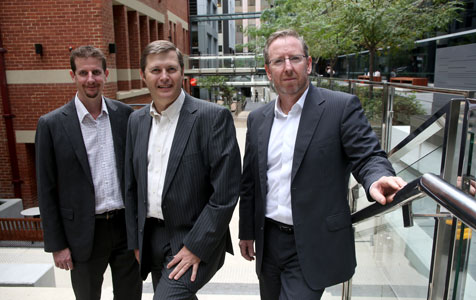 Given the work they do, it should not be surprising to find that management consultants go through periods of change and renewal – adjusting to market demands and the people they have to meet that.

Firmly planted at the operational end of the spectrum, it has found that the bigger end of the mining sector has pulled back from the frantic expansion mode of the past few years.

But, as one door close another opens. Faced with a more cost-conscious clientele, mid-sized companies in the mining services space are looking for strategic help.

They want advice from people who know the majors’ business models but don’t want the price tag that comes with the global consulting brands, according to Oyster director Nick Reynolds.

A recent arrival at the CBD-based business, Mr Reynolds said Oyster had been able to switch to the mining services niche and use its experience gained at the big end of town to help these service companies affordably plan for the next phase of their business.

He said the resources services sector had many examples of mid-tier companies run by founders whose experience of business was largely growth in boom times, when winning another contract usually solved any mounting problems.

“Half of them don’t even know what the contract is costing them,” he said.

“They need to understand what their costs are and understand their (own) organisation.

“They can’t do it themselves but they don’t want a big (consulting) company.”

Of course, the changes are not just in the market. Oyster has changed within.

Mr Reynolds, for instance, is a new arrival from KPMG, buying into the firm, which is planning to reduce its equity holders from four to three with the exit of Paul Shields and, in the near future, Alister MacPherson. James Chapman, currently managing director, and Dean Felton will remain owners.

Last year, Oyster was involved with the launch of a specialist automated transport and logistics consultancy HaulTrax but Mr Reynolds said the firm was now looking at more organic growth within the core consultancy.

He said the company might look at some new ventures after that.

Apart from the arrival of McKinsey & Company in Perth, the action in management consulting during the past year has been relatively subdued after two previous years of significant change, with the arrival of other major global brands like Boston Consulting Group and Bain & Company, along with the recruitment that goes with that.

Some personnel changes at the major accounting firms have been among the latest news. Gary Smith led the charge at the start of last year when he became KPMG’s WA chairman of partners, relinquishing the lead role for advisory in WA.

This year, Deloitte’s Michael McNulty has also moved to take on the managing partner position at his firm but he plans to retain control of the consulting business.

And, at the boutique end, Kellie Benda quit as a director of Barrington Consulting after less than a year in the role.