Saudi Arabia has no qualms about flooding the world with cheap oil to maintain its market dominance. 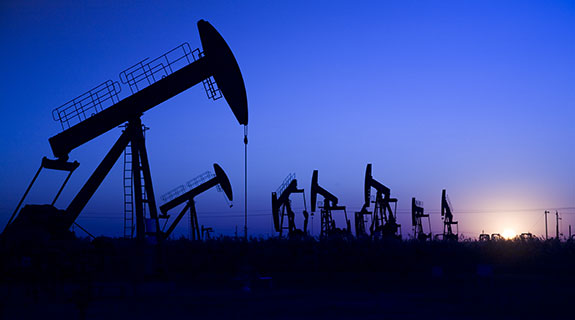 Saudi Arabia has no qualms about flooding the world with cheap oil to maintain its market dominance.

The Western Australian oil and gas industry is suffering from a construction hangover exacerbated by an unexpected price war that has hit the value of its assets.

The outcome is a sharper curtailment of expenditure than previously anticipated as the industry, globally, reacts to lower margins as any business would – by cutting costs.

While it is regrettable this has occurred at the same time as a similar crisis in the iron ore sector, the two issues are unrelated; and yet there are lessons for the state from this unfortunate turn of events.

Firstly, the hoped-for benefits of having a diversified resources economy are not as visible as they ought to be. While mining and the extraction of petroleum products are very different businesses, there are also some similarities between the two. No other city in the world has extensive operational exposure to both these massive industries.

Regrettably, Saudi Arabia’s decision to flood the market with cheap oil to maintain market share and send a geopolitical message has hurt Perth’s energy sector when it might have offered some refuge from those affected by the sharp downturn in iron ore.

It is possible that this artificial price war will ease and Perth’s resources sector may indeed have some form of hedge against weaker mining, which appears to have fallen into a more natural trough.

Then again, another lesson in this is the supply-side power of the Saudis.

Many believe the Saudis acted due to concern over relatively cheap unconventional gas growth in the US and wanted to put this alternative supply out of business.

But there are many other factors at play here.

The Saudis are feeling threatened politically by smaller oil producing rival Iran and the activity of another energy major, Russia, which is supporting the Syrian regime backed by Iran. The resulting rise of ISIS complicates the issue because it is a threat to both Saudi Arabia and Iran.

And there is also the threat of renewable energy. Saudi wealth is built on its vast reserves of oil but, ironically, high oil prices were acting to hasten the transition to alternative energy sources.

It is possible the Saudis have concluded they have more to lose than gain by having high-priced oil sitting in the ground, and wanted to send the renewables sector a similar message as they were to the US unconventional gas producers.

Whatever the reasons, the Saudi move is proving effective at knocking out competitors and prompting a withdrawal of proposed investment in the sector.

In the long run, this may give Saudi Arabia more market share and allow it to live comfortably at a lower oil price than last year, but a higher one than is current. As a business, that is very sensible if you want a long-term, sustainable situation.

This is the same thing is being attempted by the iron ore majors; but because they are not a sovereign nation, they are being more open to criticism for their actions. Of course, the major victims may not be just other iron ore producing nations but, as collateral damage, smaller Australian producers.

Nevertheless, it is worth noting that flooding supply when you are the cheapest provider with the most abundant resources may well be a sensible strategic move in terms of ensuring the long-term viability of your business.

That may not be what budget-restricted governments, smaller rivals or competition policy pundits want to hear, but it is a view that has been drowned out by the panic surrounding the collapse of iron ore prices from highs that were extreme and lacked historic precedent.

This newspaper is not in the business of forecasting future prices, but we can only hope that the flooding strategy in oil delivers what its instigators hope for, and a more stable and sustainable price sooner rather than later – at a level that makes most existing operators comfortable enough to survive and ultimately thrive, now that they have moved to cut costs.