With as many as 160,000 apartments to be completed in Australia’s major cities by the end of next year, some forecasters are becoming concerned about ‘settlement risk’. 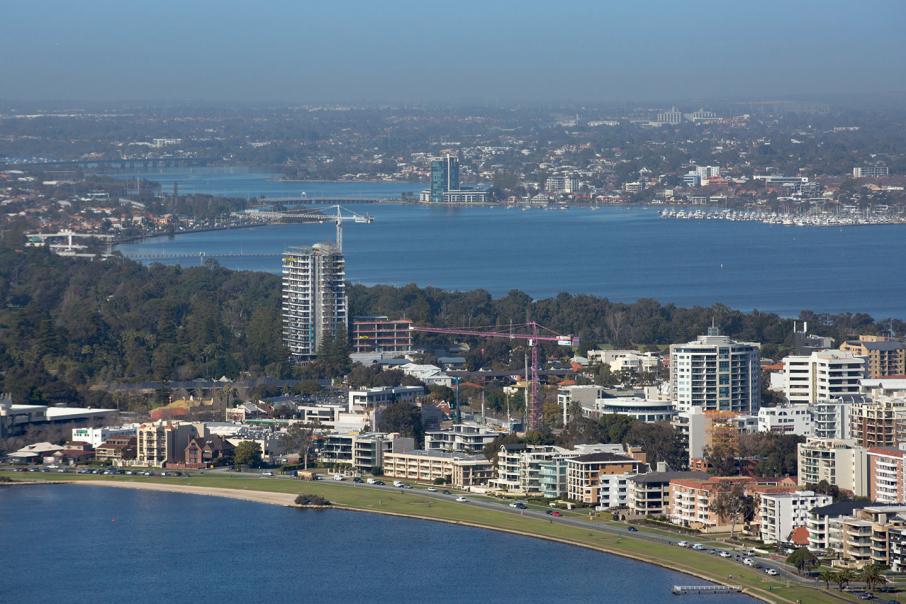 OVERSUPPLY: There have been more warnings of the potential dangers of a glut of apartments nationwide. Photo: Attila Csaszar

With as many as 160,000 apartments to be completed in Australia’s major cities by the end of next year, some forecasters are becoming concerned about ‘settlement risk’.

If you think Perth faces a glut of new apartments that will depress future prices, then spare a thought for other Australian capital cities, especially Melbourne, where a flood of unsold high-rise properties is reminding historians of a catastrophic economic event of 125 years ago.

Back in 1891, Melbourne property values were wiped out after the sudden end of a boom created partly by a surge of cheap money into the financial system.

While the same thing happened in Sydney, Melbourne was especially important to Western Australia because it was from the Victorian capital that thousands of unemployed people migrated west to join the Kalgoorlie gold rush, playing a big role in shaping WA, including the rise of Australian Rules Football as the most popular sport.

History is not repeating itself exactly, and gold is playing a different role this time around, but the apartment building boom in major east coast cities has the hallmarks of the period leading up to the 1891 crash, with cheap and easy money creating a hothouse environment.

A series of recent developments has brought a reminder of the 1891 crash and resulting economic depression that devastated Melbourne, with the starting point being gold, the cheap and easy money of the 19th century.

I’ll take a look at apartments first, and then gold, because the problem of overbuilding is approaching an acute stage and has the potential to destabilise property prices on a national scale, along with the companies carrying development risk and banks with excess exposure to both developers and investors.

A simple measure of the size of the problem was contained in a survey by the property-consulting firm Rider Levett Bucknall, which found that there were more cranes working on high-rise apartment blocks in Sydney, Melbourne and Brisbane than the whole of North America.

In all, there were 528 cranes in the three Australian cities as opposed to 419 cranes in New York, Boston, Chicago, San Francisco, Los Angeles, Toronto and Calgary.

That overbuilding warning shot was followed by a more ominous alert from investment bank Morgan Stanley, which said the apartment glut could rock the Australian economy as it came to an abrupt end, threatening 200,000 jobs and exposing developers and banks to a credit crunch.

“The greatest vulnerability is settlement risk on the 160,000 apartments we forecast being completed through to the end of 2017,” Morgan Stanley said (with settlement risk meaning that properties will not be sold, triggering a discount war to shift surplus stock).

During the same time that Melbourne property was crashing, values in Perth were rising thanks to the discovery of gold at Coolgardie and then Kalgoorlie, leading to the mass migration from east to west, which laid the foundations for modern WA.

In concert with resources such as iron ore, gas, alumina and nickel, gold is once again providing a difference between eastern and western Australia (with gold’s role as a form of money a factor in past and current events).

Back in mid-to-late 19th century it was a flood of gold from newly discovered fields in the US, New Zealand, South Africa and Australia that created a surge in the supply of money (gold was money under the gold standard of the day), which drove down yields on government and private bonds, with those low rates in turn sparking a property boom.

Roll forward 125 years and not much seems different.

Money supply has expanded dramatically thanks to the activity of central banks trying to stimulate growth after the 2008 GFC, interest rates and bond yields have plunged, and property prices have soared, especially in the major population centres.

Laurence Mutkin, a former Morgan Stanley economist and now head of interest rates strategy at the French bank, BNP Paribas, explored the similarities of the 1890s with 2016 in a report on bonds published last month by London’s Financial Times newspaper.

Mr Mutkin’s opening words encompass his thesis: “Many of the forces that have driven bond yields down for the past 20 years are the same forces that sent yields lower two decades before 1895; deflation, technology, globalisation and excess savings.”

Mr Mutkin does not mention Australia, but it’s not hard to connect the dots that link his thesis with Melbourne’s 1891 crash, WA’s rise courtesy of gold, and the latest burst of property speculation that is doomed to end in another crash.

As he concluded: “Present conditions are part of economic history, they are unique, but they are not isolated.”