Out with the old, in with the nuclear

New resources opportunities will emerge in WA as older projects start to wind down production, or are closed. 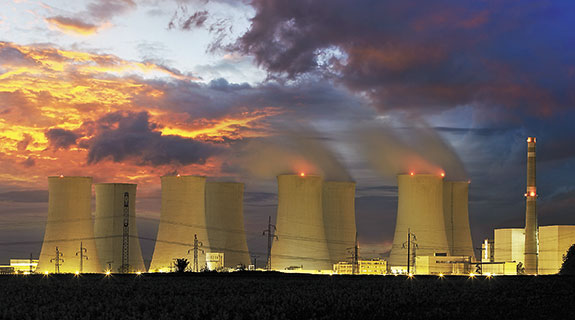 New resources opportunities will emerge in WA as older projects start to wind down production, or are closed.

During the boom it was mine openings that excited investors. In the bust it’s mine closures, which is why Perth’s small community of uranium project developers is celebrating a decision to end mining at the Ranger project in the Northern Territory.

Removing Ranger from the supply pipeline will not happen overnight because stockpiled ore remains to be treated, but power-station customers in Asia will move quickly to secure fresh uranium supplies from Australia well ahead of the final Ranger shipment.

What’s happening at Ranger is one example of how the Australian resources industry will recover, starting with old and difficult projects being forced out of business.

Another, more painful route to revival, is a sharp contraction in local costs, a process that has also started – and not before time.

Neither closures nor cost cuts will spark an instant upturn but they are essential developments in the process of washing away the excesses of the boom, which made Australia the world’s most expensive country and least desirable investment destination.

Ranger, Australia’s most controversial mine because it is located inside Kakadu National Park, was given a death sentence last week when its owner, Energy Resources of Australia, failed to secure the support of its biggest shareholder, Rio Tinto, for an expansion of the main pit.

With the clock ticking on Ranger, the uranium price has edged up fractionally. Not that the price of fuel is the critical element for nuclear power stations; reactor safety and security of fuel supply is what keeps managers of nuclear facilities awake at night.

A similar fractional uptick in price was also noted in the share price of one of the local uranium hopefuls, Toro Energy, which added 1 cent (14.7 per cent) to 7.8 cents after the decision to not keep Ranger in production was announced.

Toro faces a heavy lift in developing its Wiluna project, starting with the need to raise an estimated $315 million to fund the project and a uranium price substantially higher than it is today at around $US35.75 a pound for short-term sales, and a bit higher under long-term contract.

Removing Ranger will act as a trigger for uranium buyers to take a fresh look at Wiluna, and other Western Australian uranium projects, including the Mulga Rocks project of Vimy Resources, and the Yeelirrie and Kintyre projects of Canadian-based Cameco.

At a stronger uranium price, with $US70/lb a starting point, all of WA’s proposed uranium mines could be developed and the state finally achieve the status of a world-class supplier of nuclear fuel, more than 30 years after the industry was launched with trial production by Western Mining at Yeelirrie.

Price is one step forward for a resources revival. Costs are the other, and comments last week from the chief executive of one of the world’s biggest construction companies were a reminder that Australia has a long way to go in cutting costs to be remotely competitive.

Christian Gazaignes, boss of Paris-based Bouygues Travaux Publics, described Australia as “definitely the most expensive country in the world for construction”.

Slowly, the cost problem is being addressed, often at the great personal cost of workers who had grown used to sky-high wages and structured their own borrowing commitments accordingly, which is why there are so many second-hand cars and investment properties for sale in Perth today.

A guide to how fast costs are coming down came from two senior mining company executives last week.

Jake Klein, chief executive of the goldmining business, Evolution Mining, estimates that the decline in the coal and iron ore industries has delivered a $40 million bonus to his company, with labour and consumable costs down by between 8 per cent and 10 per cent.

Neil Biddle, chief executive of Pilbara Minerals, which is developing a tantalum and lithium mine inland from Port Hedland, said he had seen a remarkable fall in wage demands from plant operators, who started negotiating at $100 an hour and settled for $38.

There are many moving parts in the process of rebuilding the resources sector after the excesses of the boom, with the closure of high-cost and inefficient mines a key step, along with and cost cutting.

A third essential development is the return of banks to provide the funding for projects to proceed; and that could also be happening.

Vimy chief executive Mike Young said the initial reaction of banks to plans for the development of the Mulga Rocks uranium mine had been encouraging, with HSBC and BNP Paribas already interested in helping arrange finance.

However those comments from Mr Young were made outside his Richardson Street office at 3.30 on a midweek afternoon, when there was a plentiful supply of car parking bays in what was once one of the busiest streets in West Perth.

Empty streets and empty office blocks are a sign that WA has a long way to go in rebuilding its resources sector, but last week’s events were positive pointers to the process starting – and that’s got to be good news.

FURTHER to the end-of-boom period through which WA is passing, there has been a stony silence from local investment darling Wesfarmers after a disturbing story of heavy losses in a part-owned private equity fund managed by the investment bank, Gresham Partners.

According to a report in the Australian Financial Review last week, the Gresham fund has returned -10 per cent a year for the past 10 years, costing investors dearly thanks to unsuccessful investments in a New Zealand retailer, WA-based mine services firm, Barminco, and a disposable nappy company called Pacific Paper Products – to mention three.

Like all companies, Wesfarmers is quick to boast when profits are strong, but predictably silent when the going gets tough.

ANOTHER business proving tougher than investors are being led to believe is the production of commercial amounts of solar energy, with one of the world’s biggest solar arrays, the $US2.2 billion Ivanpah project in California’s Mojave Desert, running at 40 per cent of design capacity more than a year after starting.