Out of West Perth, mine skills for Africa

Promoting clusters where Australian businesses have established a clear advantage is preferable to a central policy push. 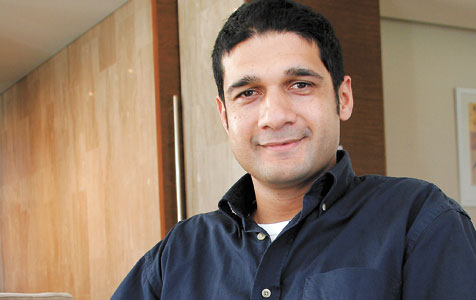 The federal government’s recent white paper Australian in the Asian Century is essentially about Australia positioning itself to ride the coattails of Asia’s economic expansion.

It’s a sensible objective but how do we do it?

It would be lovely if new business models and Asia-appropriate mindsets could be produced on demand.

They can’t, and what’s more, focusing on improving our Asian language and cultural competencies is not going to help us achieve our economic objectives, at least not as much as commonly supposed.

Rather than identify new business models and new mindsets, we should focus on aspects of Australian businesses where we have a comparative advantage.

For those s that Australia has world-class business models or the economic mindset to be competitive outside the safe, insular domestic market, we need only look at our presence in Africa, where Australian companies are not fringe players but right in the thick of the economic action and making a massive difference to the lives of millions of people.

More than 40 per cent of Australia’s overseas mining projects involving 219 companies are in Africa, where they have $40 billion of investment proposed in various mines.

Interestingly, 162 (or 74 per cent) of the 219 Australian mining companies active in Africa are from Western Australia.

The WA companies have 650 projects, concentrated in Namibia, South Africa, Ghana and Tanzania.

What makes these figures truly impressive is a comparison with China’s investment in Africa.  China has long had an interest in Africa dating back to the construction of the almost 2,000-kilometre railway the Chinese built in the 1970s.

In recent years, China’s interest in African resources has led to a lot of alarmist reports about how the Chinese are exploiting the Africans.

However, for all their government-sponsored efforts to develop resources in Africa, the sum total of Chinese foreign direct investment in Africa was just $12 billion in 2011, according to Dambisa Moyo, an influential African-born economist who has written a best-selling book on China’s race for resources and what it means for the rest of the world.

It means Australia, a country of 22.6 million people with no special language skills and no special government-funded programs to be culturally sensitive (and few people have accused West Australians, who comprise the majority of Australian miners in Africa, of being multi-cultural sophisticates) has effectively ‘out-competed’ the Chinese in investing in Africa.

This is despite China being Africa’s largest single trading partner and having a sovereign wealth fund that has more than $500 billion to invest.

The remarkable thing about the Australian ascendancy in Africa is that it has come about without any particular central planning or government subsidy.

It did not come about because someone undertook an initiative to “develop new business models and new mindsets to operate and connect with African countries”.

Australia’s world-class expertise in developing mining operations came about organically; it developed from the specialised networks and clusters of mining companies in WA.

West Perth, where many small resources companies are headquartered, is mining’s Silicon Valley.

If you want to establish a mining operation in Mongolia or the Democratic Republic of Congo, then Perth happens to be about the best place to locate your headquarters.

The most knowledgeable accountants, geologists and other professionals are located here.

The mining sector in Perth is also familiar with competing in markets on a scale both large and small.

The term “licence to operate” is a familiar one to Australian miners who perhaps are more skilled at negotiating agreements with governments and attending to local sensibilities.

Chinese companies may be less familiar with this concept.  They might have a $500 billion dollar sovereign fund backing them but they don’t seem to have the institutional savvy to compete in this industry in this particular region, notwithstanding the presence of many successful Chinese-owned and run small businesses in Africa.

I have compared West Perth to Silicon Valley but one could argue West Perth’s role as a generator of mining companies is more impressive than Silicon Valley’s well-deserved status as an incubator of high-tech companies because the US government spent billions of dollars via its defence budget sponsoring the research and development that allowed Silicon Valley to get a start.

West Perth has not had the same advantage.

This brings us to an unfortunate attribute of business networks: they are difficult to build because they entail a lot of tacit, implicit knowledge.

It’s easier to start up a mining company in Perth because all the people you need to get on board understand the issues and have developed the expertise and judgment to deal with them.

You can’t change that overnight, which is unfortunate for those people who would like to see networks develop to capitalise on whatever happens to be in vogue at the time.

However, the upside of this is that networks are also resilient; it takes a lot more than just a change of government or bad policy to bring down a network.

Unfortunately, there is no reliable method for seeding and developing a network or successful business model.

When Frederick Terman, the “father of Silicon Valley”, attempted to repeat his success in other regions he largely failed, even with ample government support.

The exception was in Korea, where the Korean Advanced Institute for Science and Technology (KAIST) has been a catalyst for the development of many world-class companies.

Good government policy and regulatory intervention has its place (the remarkable decrease in Australia’s road toll since the early 1960s strikes me as an under-celebrated example of effective long-term government action).

But developing from whole cloth “new business models and new mindsets to operate and connect with Asian markets” is probably beyond reach of government policy.

It’s better for us to celebrate, research and promote those industry clusters – such as mining ventures – where Australian business has a demonstrable, world-class competitive advantage.