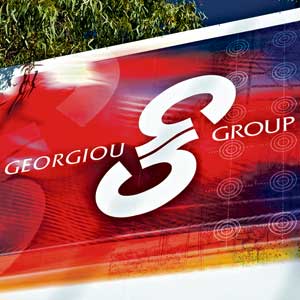 The company has lodged a development application with the City of Stirling to build a six-storey complex, with a ground floor cafe, four floors of office space, five apartments and 106 car bays.

The office component will have a floor plate of 1,500sqm, with two floors to be occupied by Georgiou Corporation Holdings and the remaining floors leased to other tenants.

The company's general manager, John Siamos, said pre-commitments would be sought for the 3,000sqm of extra space available, with rents expected to be between $425/sqm and $450/sqm.

Mr Siamos said one of the major factors behind the move was a desire to improve the company's ability to attract staff.

"We've got a huge site here in Malaga and we could have built a large two-storey building, but attraction of staff is a big issue. The new office will be in one of the best locations for suburban transport, with the train line, bus exchange and bike path," he said.

Georgiou Corporation will use its new commercial building division for the project's construction, which is scheduled to begin in January.

Established four months ago, the building division will undertake office and industrial projects.

Opposite the Georgiou headquarters site, which is due for completion in early 2010, Lex Corporation has retained a 3,200sqm block of land, although it is yet to finalise any development plans.

The Georgiou site was originally part of a larger block held by Mirvac executive Adrian Fini, who has retained a 2.4-hectare site next to IKEA on Ellen Stirling Boulevard.

Mr Fini originally planned to develop the site in a joint venture with Mirvac, but later lodged a development application independently with the City of Stirling's planning department.

The plans, drafted in February last year by Cox Howlett & Bailey Woodland, contained 50,000sqm of office space across five buildings, ranging from nine to 11 levels in height, with plans to sign a resources tenant to take a pre-commitment of 30,000sqm.

The development was to be anchored by a central piazza, with a childcare centre, brasserie, retail space and a gym.

However, the City of Stirling rejected the plans because there was no residential space, as required under the outline development plan for the area.

Mr Fini later placed the site on the market for about $50 million and attracted interest from Subiaco-based property developer Primepoint Asset.

However, sources told WA Business News that while a contract was drafted, the sale did not proceed.

Primepoint is understood to have offered about $58 million for the site.

VDM Group's proposed technology park in Selby Street, approved earlier this year with 70,000sqm of office space, is the largest of several suburban office developments in Osborne Park and Herdsman

While the company will be the anchor tenant for the $400 million project, taking 12,000sqm, it is expected to require a substantial commitment from other tenants before proceeding.

Other office projects in Herdsman and Osborne Park going ahead without pre-commitments include Macquarie Bank's Optima project, and 20 Parkland Road.