Leaders of three top performing businesses in vastly different sectors say growing organically has been key to successfully expanding their businesses, rather than mergers and acquisitions, which come at a higher cost and with more risk.

Leaders of three top performing businesses in vastly different sectors say growing organically has been key to successfully expanding their businesses, rather than mergers and acquisitions, which come at a higher cost and with more risk.

Speaking at a Business News Success and Leadership breakfast this morning, chief executive officers from Amcom Telecommunications, Sirius Resources and Cedar Woods Properties spoke about how they had driven high returns to their shareholders.

Property developer Cedar Woods achieved a total shareholder return of 20 per cent per annum over the five years to June 2013, and 54 per cent TSR for the last financial year.

"Certainly the history would show that acquisitions, or the M&A side, are fraught with risks," Mr Sadleir said.

"We have had a look at the odd corporate opportunity but for us we have been more successful growing organically and particularly when we've got a very structured roll out program," he said.

"We do have defined areas in the portfolio that we want to supplement. Quite often buying the whole portfolio you'll have some real integration issues whereas when you're able to buy them on an organic basis it's really getting the square peg to go in the square hole."

"From our perspective we've been an organic machine. Driving sales growth for us is relatively easy, doing acquisitions is quite challenging. Acquisitions involve people and the integration of two organisations into one does take time. It takes a lot of effort...and to execute the acquisition and to drive the synergies is relatively hard," he said.

In 2012 Amcom bought information technology company L7 Solutions for $15 million (and in 2011 it divested its 23 per cent share of iiNet for much more than it had originally bought the shares for in 2006 when it bought into the then struggling telco).

"Those acquisitions were specifically to acquire new capabilities within the business that we felt that organically would take too long or be too challenging to get there. So it's about broadening our capabilities through acquisitions rather than just simply going out there and buying earnings growth," he said.

Their growth efforts have been rewarded and Amcom recorded a  91 per cent TSR for the last financial year and TSR of 49 per cent over the five years to June 2013.

Nickel explorer Sirius Resources was spectacularly rewarded with a one year TSR of 3,550 per cent last financial year.

This week it announced a scoping study of one of its nickel prospects, Nova-Bollinger had shown the project could produce $4.6 billion in revenue over its mine life.

The exploration company, which is now transitioning into a producer, has a TSR of 26 per cent over the five years to June 2013.

"In our experience organic has always trumped M&A. There aren't that many examples on the smaller end of town of successful M&A transactions. At the big end of town I think it's even worse," Mr Bennett said.

"In Australia because it's such a popular destination for exploration, there's pretty well wall-to-wall coverage of exploration companies and mining leases. So often to get into the hot spot you do need to do a deal of some sort with somebody, but that's aside from an M&A," he said.

See next week's edition of Business News for more from the Success and Leadership event. 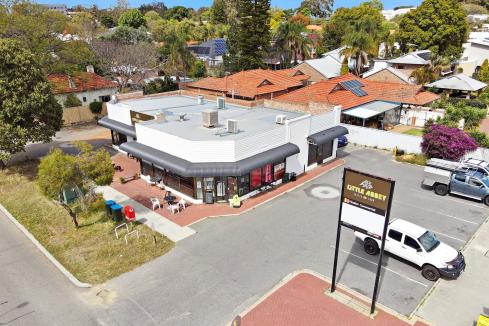