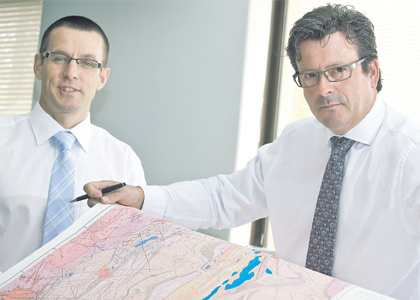 WITH a sharp slump last year in the number and value of stock market floats, and little sign of a recovery, more emerging companies will likely pursue a backdoor listing.

A prime example is Perth company OreCorp, which ticks just about all the boxes for a traditional stock market float.

It has an experienced board with a great track record, a good spread of early investors, a healthy cash balance, prospective tenements, and backing from two quality stock-broking firms.

But when chairman Craig Williams and chief executive Matthew Yates embarked on an investor roadshow last May, market conditions could not have been worse.

“It was a bit like running across a bridge with the struts being blown out from underneath,” Mr Yates said this week.

OreCorp was certainly not alone. The number of Western Australian-based IPOs completed last year fell to 32 (down from 55), and in most cases the companies raised only $2 million to $3 million ahead of their listing.

The market slump has even led a number of small Perth companies with poor liquidity, such as CCK Financial Solutions, Lochard Energy, and Hire Intelligence, to voluntarily delist from the ASX

As an experienced investor who has run Mantra Resources and OmegaCorp and worked for Tanganyika Gold, Mr Yates realised there was no point arguing with the market.

Instead, OreCorp carried on as a private business until an opportunity emerged for a backdoor listing through the Tony Grist-chaired Silver Stone Resources.

The deal, announced in late December, was brokered by GMP Securities, which (along with Argonaut Securities) had been helping OreCorp with its listing plans last year.

The Silver Stone deal stands in contrast to the typical backdoor listing, which often involves a ‘failed’ company that has been extensively restructured and ‘cleaned up’ but is left with a rump of disgruntled shareholders.

GMP director Alex Volante said the backdoor listing was a good opportunity that allowed the company to put this deal in front of investors in a way that offered them more certainty.

“What appealed with Silver Stone is that it has such a clean structure,” he said.

Silver Stone listed on the ASX only 18 months ago, after raising a modest $3.4 million.

It’s had a very quiet life since then, acquiring one exploration tenement but otherwise waiting for the right deal to come along.

OreCorp, which was established a little more than two years ago, has been much more active than Silver Stone and, ironically, has raised a lot more capital since being established.

Together they put in about $2 million of their own money, on the way to privately raising a total of $11 million from 40 investors.

They have since been joined by Equinox Minerals founder Mr Williams, who agreed to take the chairman’s role after Barrick Gold made a $7 billion takeover of his Africa-focused copper miner.

With other investors including Rand Merchant Bank (through Telluride Investment Trust) and Anglo Pacific Group, OreCorp already has a lot going for it.

The company has bought gold and base metals exploration projects in Ethiopia and Mauritania, in regions that Mr Yates describes as “very prospective but poorly explored”.

He said some people had asked why he didn’t stay private,

“If the capital markets had stayed up, we might have, at least until we completed the first round of drilling in Ethiopia,” Mr Yates told WA Business News.

“But we, like many others, have seen the pool of money drying up, and it disappears at the private end a lot faster than it does at the listed end, and that surprised me.

“Also a lot of funds that potentially could have invested were unable to do so because the company wasn’t listed.”

The backdoor listing involves Silver Stone issuing extra shares to acquire OreCorp, but then changing its name and replacing most of its board with the OreCorp directors.

“When you break it down to its essence, it’s a capital raising and listing for OreCorp,” Mr Yates said.

With OreCorp holding $6 million in cash, Silver Stone having $3 million and plans for a capital raising of up to $5 million, the company will have a solid cash balance, which is just the way Mr Yates likes it.

“I don’t want to get caught in that position of having only one or two million (dollars) and being listed, that’s basically time to shut the doors or you’re working for nothing.”

As an early stage exploration company, Mr Yates said OreCorp was promoting the upside for patient investors who understood the risks involved.

“People often like to see a JORC resource but at the same time, when there is some exploration success, they want to be part of it,” he said. 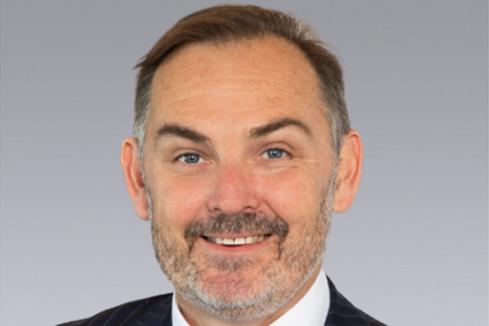