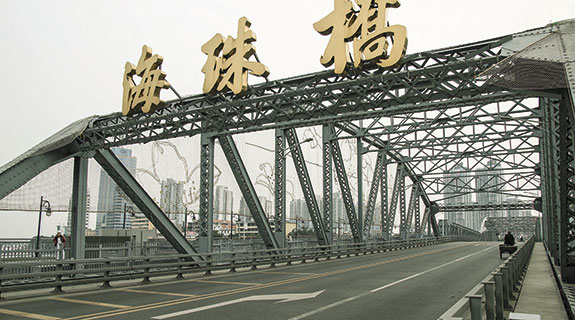 As welcome as the recent recovery in iron ore prices is for Western Australia’s most important industry, it is not yet out of trouble; and even if the recovery takes hold, iron ore mining might never be the same, with quality overtaking quantity as the critical element in price and profit.

Since hitting a multi-year low of around $US46 a tonne early last month, the most widely quoted price for iron ore (62 per cent iron content) has moved back towards the $US60/t mark, a seemingly powerful 30 per cent rise – if it wasn’t for the 70 per cent fall over the preceding four years.

Those simple measures of price movement for one grade of ore mask an industry that is far more complex than simply digging a hole in the Pilbara and selling it to a Chinese or Japanese steel mill.

Even the iron content in ore, which is the first test of price, might not be the decisive factor in determining the price, thanks to other issues; among these is a range of impurities, which can attract a discount if they are high, or add a premium if they are low.

For investors the question of ore quality, not tonnes shipped, has become the big issue because it is quality that ultimately determines price, as shown in a snapshot of prices published last week by the commodities research team at Deutsche Bank.

On April 27, according to the bank, a division of Brazil’s big mining company, Vale, received the world’s top price for an iron product, high-grade pellets exported from the port of Tubarao with a 68.1 per cent iron content, for a wet price received at source of $US81.68/t.

On the same day, fines ore exported from Goa in India with a 57 per cent iron content attracted a wet price at source of just $US29.75/t – less than half the Tubarao price thanks to a combination of lower grade and a higher level of impurities such as silica (sand), alumina and phosphorous.

The top price on April 27 for WA ore, according to Deutsche, was $US61.06/t for Newman lump ore produced by BHP Billiton, followed by Pilbara lump from Rio Tinto, which received $US60.26/t.

The lowest price on that day from a big WA producer was $US35.36/t for super special fines produced by Fortescue Metals Group.

No prize for guessing that those Deutsche Bank numbers, which show Fortescue receiving a much lower price for its ore than its primary Pilbara rivals, are disputed by the miner.

When the Deutsche research was first aired last week, Fortescue executives were quick to contact anyone who had a copy of the report to dispute the methodology and conclusions, though by then a large part of the cat was out of the bag.

What the bank has done is throw a little light on the murky world of iron ore pricing, where what you see is not necessarily what you get; and that’s not a healthy situation for anyone investing in an iron ore producer.

‘Ores ain’t ores’ is the heading on one paragraph in the Deutsche report that emphasises the importance of chemistry in determining the final price for a shipload of iron ore.

One of the methods used in producing its detailed document was to look at iron ore from the perspective of the customer – a steel mill – who wants material that will produce a particular type of steel and leave the minimum amount of residue (gangue) in the furnace.

Tubarao pellets, the material that attracted the top price on April 27, are low in all impurities and low in moisture, leaving the steel maker with a 4 per cent gangue content.

The quality question is what will increasingly separate WA’s iron ore miners, because it will determine the price received, and the profit margin per tonne.

On its April 27 test day, Deutsche calculated that Rio Tinto Pilbara blend earned the highest profit margin per tonne thanks to low costs ($US17/t) and a high received price after royalties of $US46.20/t, leaving $US29.20/t in the miner’s hands as gross profit.

The key word in that snapshot, and another trap for investors thinking that iron ore is a simple business, is ‘gross’, because the Deutsche Bank estimations do not include provision for ongoing capital expenditure, head office costs or interest payments on debt.

“Iron ore is not a homogenous product,” the bank said before demonstrating that the spread between products on April 27 was around $US50/t.

“Consequently, the statement by a number of companies of their unit operating costs are not particularly useful in determining their current relative health, it is the margin that is important.

“As China continues developing, we expect it will demand increasing quality from its raw materials, which will favour those producers with the higher quality,” Deutsche Bank said.

ON a lighter note after a heavyweight dissertation on iron ore, it was amusing the see a report in a local newspaper about rising WA farm exports to Hong Kong.

At risk of annoying WA’s famers, there is something amusing about a strawberry-led economic recovery when you consider the fact that all the items listed to demonstrate higher rural exports to Hong Kong add up to less than $16 million in a year.

It’s amusing because a single iron ore carrier with a 250,000t load sailing from Port Hedland today carries a cargo worth $18.5 million, a comparison that puts mining and farming into perspective.

IT was pleasing to see Sandfire Resources win its argument with the Australian National University and its consultants over a misleading research report into the WA copper miner’s environmental record.

But it would be more pleasing if Australian news media realised that the Sandfire case was just part of a pattern of misleading attacks by the environmental lobby on companies with mining interests, including those against Whitehaven Coal and Hong Kong-based Noble Group.