Design firms HASSELL, Cox Architecture and HKS have received plaudits for their work on Perth’s Optus Stadium at the 2018 WA Architecture Awards, with the sports and entertainment precinct winning the top accolade and prizes in four other categories. 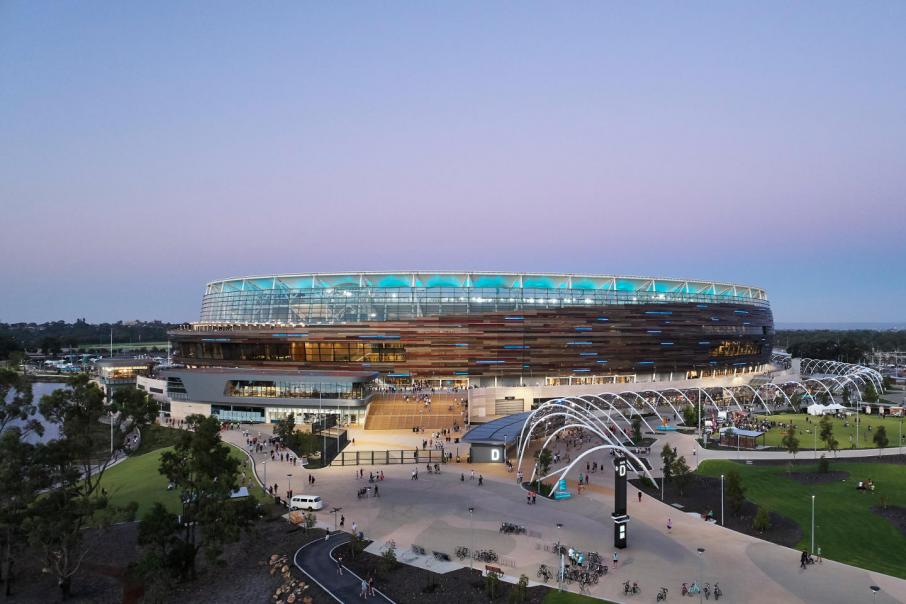 Design firms HASSELL, Cox Architecture and HKS have received plaudits for their work on Perth’s Optus Stadium at the 2018 WA Architecture Awards, with the sports and entertainment precinct winning the top accolade and prizes in four other categories.

The annual awards, which recognise excellence in the design and the construction industry, were held at St George’s Cathedral on Friday night.

The Hassell, Cox Architecture and HKS design consortium was awarded the George Temple Poole prize for Optus Stadium as a ‘city-defining architectural icon’.

Multiplex completed construction on Optus Stadium, currently the third largest stadium in Australia, earlier this year. It features 15,000 LED lights that can reflect team colours and sync to music, and has the biggest stadium screens in the Southern Hemisphere.

The design also incorporates elements of indigenous culture, with the Noongar and English poem Kaya (meaning hello) etched in concrete around the perimeter of the stadium, and several other indigenous arts installations showcased throughout the venue and surrounding park.

“The Optus Stadium project excels as an outstanding example of a multi-sports and entertainment infrastructure, creating an iconic architectural entry statement to the city,” the jury said.

“The façade delivers the gravitas of a global city destination without sacrificing user experience. Visitors are drawn to the structure and reap the benefits of the thoughtful, holistic approach to arrival, navigation, experience and departure.”

The Cadogan Song School, located in the Cathedral Heritage Precinct and designed by Palassis Architects, was another standout on the night. It received the Margaret Pitt Morison Award for Heritage as well as the Julius Elischer Award for Interior Architecture. 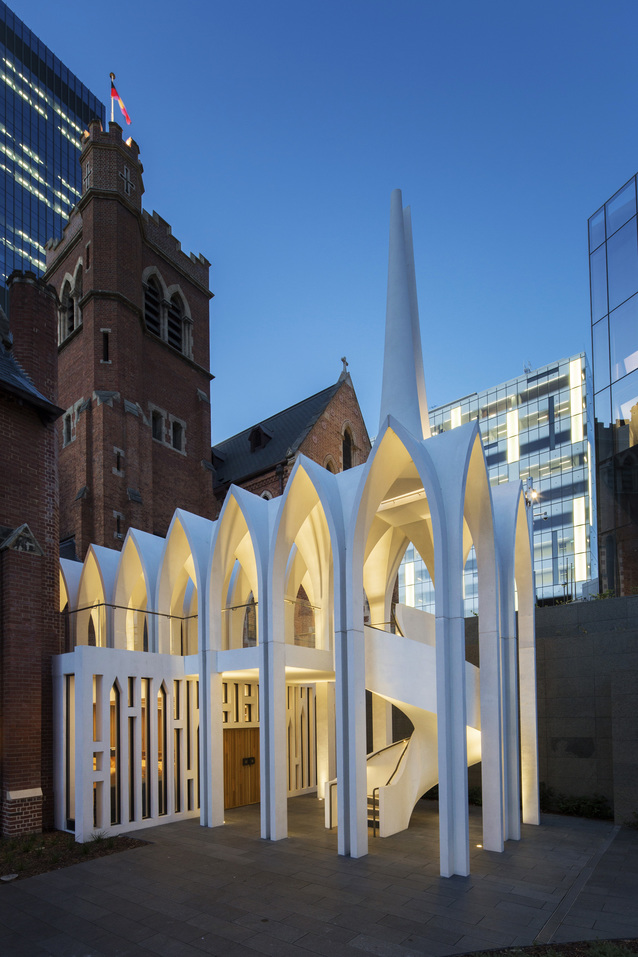 Among what the jury said was an impressive group of urban projects in the 2018 awards, the Scarborough Beach Pool by Christou Design Group was the recipient of The John Septimus Roe Award for Urban Design. 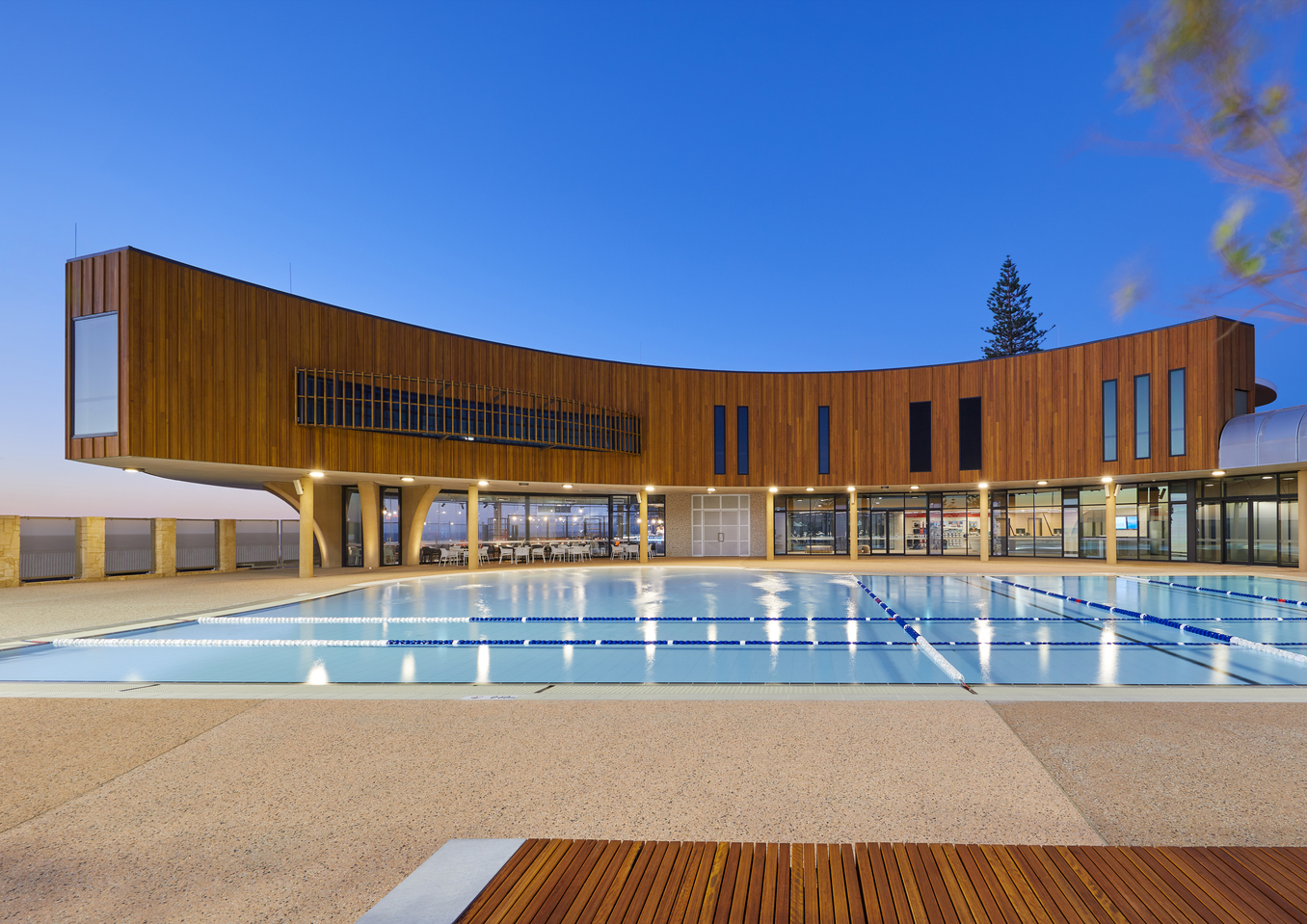 Australian Institute of Architects WA president Suzanne Hunt said the 2018 awards demonstrated the versatility, accessibility and broad experience of architects and their contribution to the wider built environment.

“Not only have we seen an impressive selection of larger public projects recognised in the awards this year, but on a smaller scale, the calibre of residential winners is a testament to the way in which architects incorporate quality design into our everyday lives,” Ms Hunt said.

“Defining Western Australia as an internationally recognisable destination is paramount to the future of the state, and as such, we were delighted to award Optus Stadium by Hassell, Cox and HKS the highest honour at this year’s awards.”

All 2018 architecture award entries are currently on display at Shop 146, Garden City Shopping Centre, with the exhibition open until July 20.

All Western Australian Named and Architecture Award winners will progress to the Australian Institute of Architects National Awards.

Commendation: The Melbourne Hotel by The Buchan Group, Perth

The Marshall Clifton Award:1437 Inside Outside House by Craig Steere Architects

The Harold Krantz Award: The Bottleyard by MJA Studio

Katie McDonald attended the award ceremony as a guest of Detail Marketing and Communications.