There may be some positive news for two beleaguered WA mining projects. 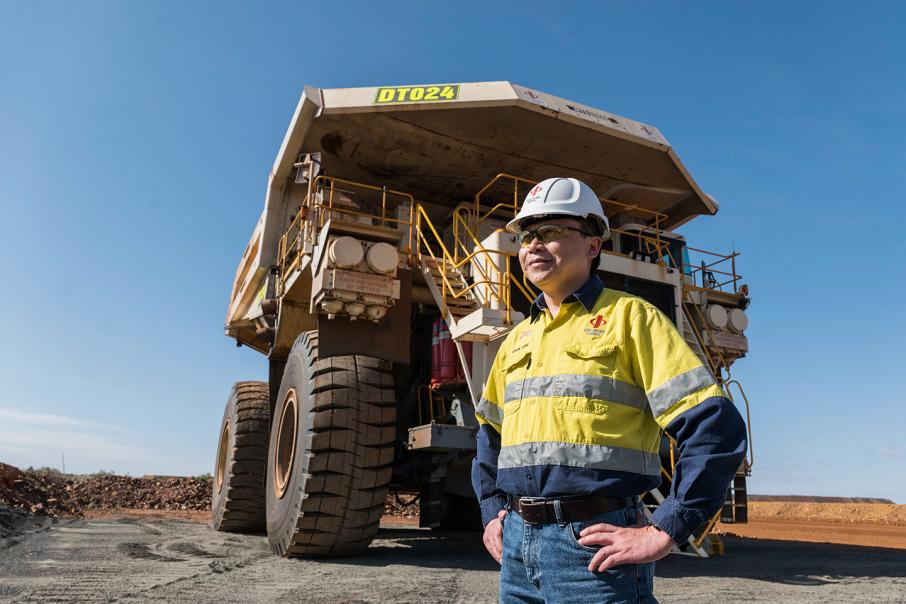 Chen Zeng will make his first major public address at a conference in Perth on July 31. Photo: Tony McDonough

There may be some positive news for two beleaguered WA mining projects.

The recovery in Western Australia’s mining industry continues to gather pace, with July 31 shaping as a significant date in the history of two big but troubled projects – one possibly revealing a flip from loss to profit, and another taking a big step towards reopening.

Located south-west of Karratha, Sino Iron is the mine showing signs of shaking off its history of multi-billion-dollar cost blowouts, completion delays and spectacular asset-value write-downs.

Meanwhile the Ravensthorpe nickel project, mothballed for a second time less than 12 months ago, is moving towards a reopening thanks to the higher nickel price and a close examination by its owner, First Quantum Minerals, of the orebody and ore-processing circuit.

Just one week before the Diggers & Dealers forum in Kalgoorlie, July 31 is important for both Sino and Ravensthorpe, though for different reasons.

For Sino it could be the day that its owner CITIC Pacific Mining (owned by Hong Kong-listed Citic) reveals that the $US12 billion development is trading profitably thanks to the stronger-than-expected iron ore price, demand for its high-grade exports, and the accounting benefit of writing-down the value of the project by an estimated $US6 billion, effectively resetting the financial meter.

A glimpse of the brighter future for Sino was contained in the annual accounts Citic reported in early May; and while they showed a loss of $US1.7 billion for calendar 2017, that was largely due the latest asset-value write-down.

However, the picture was quite different in terms of cash flow from 16 million tonnes of iron ore sold in 2017, with net cash outflow (loss) shrinking to $US58 million compared with a net cash outflow of $US254 million in 2016.

While not a profit, the improvement in trading is significant and could be a factor in the chief executive of Citic Pacific, Chen Zeng, agreeing to make his first major public address at a breakfast conference to be held in the Hyatt Regency hotel in Perth on July 31.

Exactly what Mr Chen will say is unknown, but there are only two reasons why he would be speaking at all after a decade of silence.

One possibility is that Citic Pacific has tired of the struggle at Sino Iron and a never-ending legal battle over royalties with the man who sold it the iron ore tenements it is mining, Clive Palmer.

Another, more likely, possibility is that Mr Chen will announce that the worst is over for Sino with its iron ore benefiting from demand for premium blast-furnace feedstock in China where a country-wide environmental clean-up is benefiting high-grade raw materials.

While it has been the poor relation of Pilbara iron ore for the past decade, it is now likely that Sino is attracting the highest price for WA iron ore exports, perhaps as much as 20 per cent more than that received by rivals such as BHP and Rio Tinto because its exports assay 66 per cent iron (and more) with minimal price-damaging impurities.

The good news at Ravensthorpe has been slowly building since the price of nickel started rising last year, briefly clearing the $US7 a pound mark in June, the level First Quantum has said was required for the project to trade profitably.

The only problem with the price, which was less than $US5/lb when Ravensthorpe was mothballed in August last year, is that $US7/lb (or more) needs to be a consistent price for First Quantum to restart the mine.

For First Quantum, July 31 is the next time for it to reveal its plans for the nickel project, with the Canada-based company scheduled to release its June quarter results in Toronto.

Hints that steps towards a reopening are being taken have surfaced in Ravensthorpe, with local government officials reporting that First Quantum has recently moved some employees back to the site to oversee process improvement studies, which are also under way in Spain, and to make preparations for mining a rich extension of the orebody north of the South Coast Highway.

Returning the Ravensthorpe project to production should not be an expensive undertaking for First Quantum with only US$10 million required to shift the mine from care and maintenance to full scale production.

First Quantum’s management team will keep a keen eye on the nickel price and the potential for other mothballed mines to resume production to catch the price recovery.

However, with nickel widely tipped to move above the $US8/lb mark next year as demand grows for the metal in the production of the batteries used in electric vehicles, a decision to restart the Ravensthorpe mine is looking a lot easier than it did a few months ago.