The state opposition has slammed the state government over the eligibility criteria attached to its latest COVID business relief package which result in a raft of businesses being excluded. 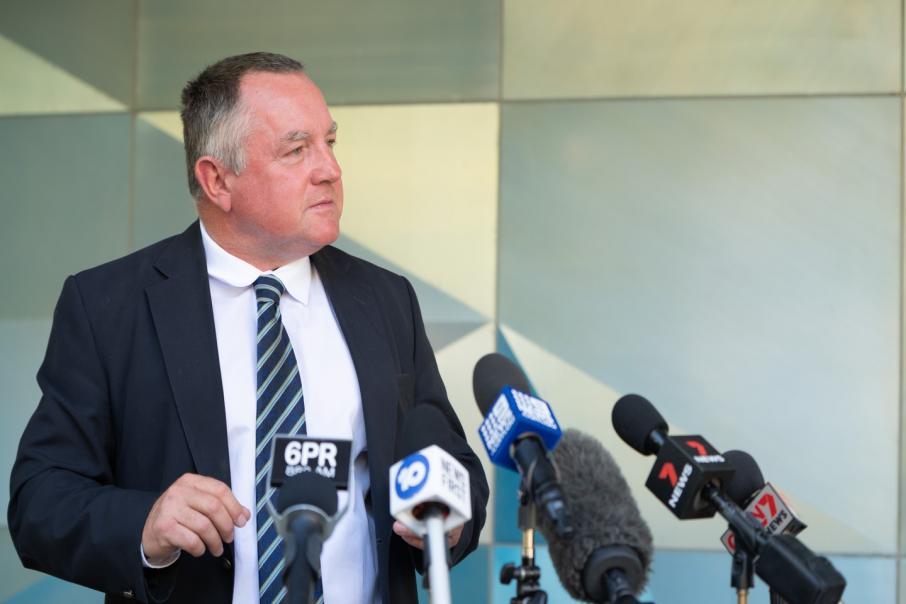 The opposition has slammed the state government over the eligibility criteria attached to its latest COVID business relief package after it was revealed a raft of businesses affected by the June lockdown would be excluded.

Earlier this month, the state government announced a $41.5 million support package for the 17,700 small businesses affected by the four-day snap lockdown and subsequent restrictions, including $3,000 grants for those that lost more than 30 per cent of their revenue.

But it wasn’t until the applications opened that a range of retailers, allied health professionals, start-ups and tourism businesses, including wildlife parks, museums, breweries and wineries, discovered they were ineligible.

According to the Small Business Development Commission, in order to qualify for the grants, businesses also need to provide evidence that they fit within one of six eligible categories under the Australian and New Zealand Standard Industrial Classification.

On the steps of parliament house this morning, Shadow Small Business Minister Steve Thomas called on the state government to introduce a standardised, equitable compensation system - arguing that its windfall in iron ore royalties meant it had the fiscal capacity to be kind.

“No government in our history has had a greater opportunity to support small businesses impacted by the lockdowns,” Dr Thomas said.

“The inequity in determining eligibility for lockdown grants to small business, and the random classification of who is and who isn’t an eligible small business, is symptomatic of a government and a Minister with a serious disconnect to the harsh economic reality of small business survival.

“Giving some businesses hope, only for them to discover part way through the grant application that they are not eligible is cruel in a time when the government needs to and has the fiscal capacity to be kind.”

Shadow Tourism Minister Vince Catania urged the state government to use its $5 billion surplus to give businesses that respected the lockdown rules a dividend for keeping WA afloat.

Like Dr Thomas, he called for the introduction of a tiered system in which the amount of funding provided reflected the losses incurred.

Industry bodies have also weighed in on the eligibility criteria, with the state’s tourism council calling for the expansion of the program.

Tourism Council WA chief executive Evan Hall said it was concerning that tourism businesses that experienced a downturn were not eligible for the grants, many of which had expected to receive assistance.

The Chamber of Commerce and Industry of WA also voiced its disappointment in a statement this morning, saying the criteria was not made clear and questioning the need to exclude businesses under the $4m payroll threshold.

The news follows a recent survey which revealed the most recent lockdown and subsequent restrictions cost tourism businesses an average of more than $36,000 each.

During a press conference today, Small Business Minister Reece Whitby defended the package, stating that it was among the most generous in the country.

"Look, we've got among the most generous grants for small businesses in Australia," he said.

"That's what we've been able to do in Western Australia.

"What we're seeing in other parts of Australia, particularly New South Wales, are week after week of lockdowns - and that's what we've tried to avoid.

"It's regrettable. I would like to be able to support those businesses, but we're dealing with taxpayers money, it's not a bottomless pit of money and we need to make sure we're doing the right thing by taxpayers.

"We've got to be careful about how we administer money, we have a duty to look after taxpayer dollars and make sure we're getting a good result.

"We want to be as fair and reasonable as possible.

"This was never about compensating every last dollar of lost revenue.

"This is a grant to assist with cash flow."

The South Australian government announced a $100 million support package for businesses today after implementing a five-day lockdown, including $3,000 cash grants for small and medium businesses, $1,000 for sole traders and $600 weekly support payments to regional workers ineligible for federal support.