Environmental services companies could be among the beneficiaries of an ongoing shift in China’s economy from manufacturing to services, according to University of Western Australia lecturer Yanrui Wu. 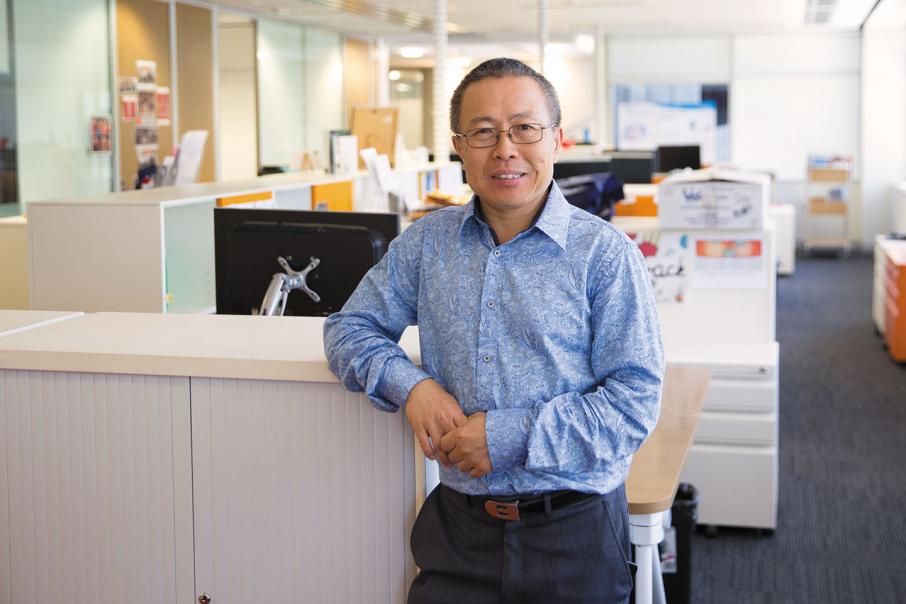 Yanrui Wu says China’s growth for the next 20 or 30 years will be driven by services. Photo: Attila Csaszar

Environmental services companies could be among the beneficiaries of an ongoing shift in China’s economy from manufacturing to services, according to University of Western Australia lecturer Yanrui Wu.

The most recent period of growth in Western Australia had been driven by a decade-long demand for commodities, Professor Wu said, with considerable opportunities now emerging for services providers amid a transitioning economy in China.

Chinese manufacturing growth has also led to a significant air pollution problem in parts of that country, which reportedly causes up to 2 million deaths annually.

Professor Wu, who is an econometrician specialising in development economics and trade, said the environment was a huge concern in China, and WA firms targeting the sector there had an advantage in terms of knowledge and strategy implementation.

Due to WA’s reasonably stringent environmental protections, companies here had significantly more experience and green credentials than many overseas, he said.

“Australia is well ahead of China (in environmental protection), that means WA businesses can (provide) expertise to Chinese policy makers, to the Chinese business sector,” Professor Wu told Business News.

Another factor was the move towards trade liberalisation, notably the free trade agreement between Australia and China.

“(For) the last 30 years, China’s growth pretty much has been driven by manufacturing,” he said.

“I can safely speculate in the next 20 or 30 years, China’s growth will be driven by services.”

Professor Wu said the share of China’s production created by services was significantly lower than that in other developing countries, including India and Pakistan, with China now reverting quickly towards the mean.

“The latest statistics show that China’s GDP grew by 6.7 per cent in 2016 while services achieved a growth rate of 7.8 per cent,” he said.

In comparison, it was around 70 per cent in developing nations Brazil and South Africa.

On the flipside, WA’s service exports were somewhat filling the gap left by a contraction in mining.

However, while demand for service was growing in China, WA was lagging behind in taking advantage of the export opportunities, he said.

“If we compare WA with the eastern states we are kind of lagging behind in tapping into the Chinese market,” Professor Wu said.

“In that sense WA can do more to expand our exports (to China).

“There are other areas to be expanded, (such as) financial services.”