Tech and science leaders say achieving a greater diversity of thought in their fields requires entry and senior roles be made more accessible to women. 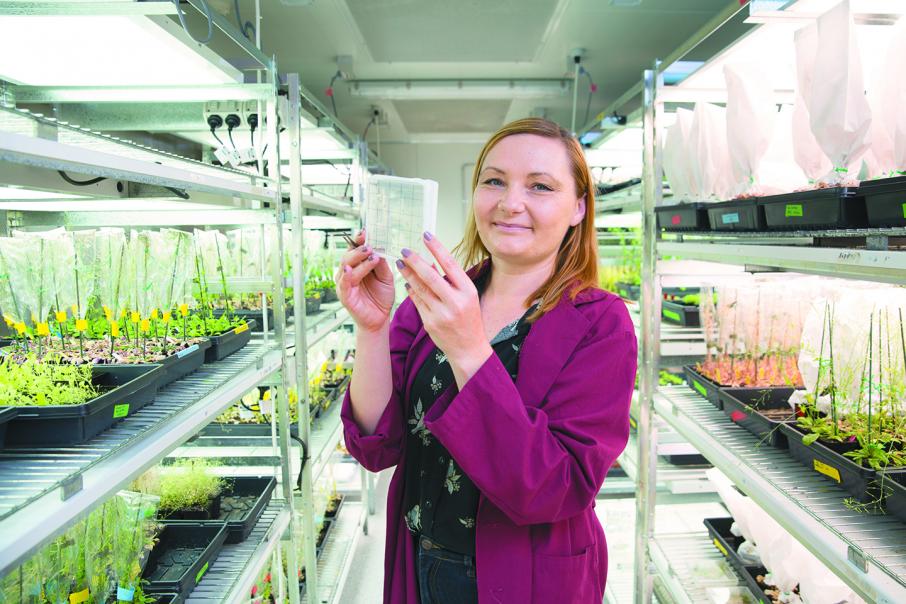 Monika Murcha says a change of mindset is needed if women are to take on more senior Stem roles. Photo: Attila Csaszar.

Three leading female voices in the science, technology, engineering and maths (Stem) sector are bringing attention to the barriers women face and calling for greater diversity in their fields.

University of Western Australia plant biologist Monika Murcha received the Australian Institute of Policy & Science’s Young Tall Poppy Award earlier this month, acknowledging her as one of Western Australia’s best emerging scientists and as a role model for women in Stem.

“I’ve got three kids under 12, so for me the biggest challenge was juggling maternity leave and a research career; the thing is, you’ve got to publish or you perish,” Dr Murcha told Business News.

Dr Murcha said her career achievements to date had required perseverance, and that many women in science who took time out for a family struggled to work their way back.

“You’ve got to have diversity of people in senior positions, leading positions, because people have different views to solving problems.”

Dr Murcha said among the changes she would like to see was an increase in the number of women in Stem modalities.

“I do a lot of stuff at (my children’s) school, like strawberry gene extraction and get all the kids involved and I really like that; the girls love it and they get to see more female scientists and think, ‘Hey I could do that when I grow up’,” she said.

Small changes, like funding day care or a babysitter so that women in science could go to conferences, would make a big difference, Dr Murcha said.

Nationally, a Deloitte study earlier this year found that women hold only 28 per cent of ICT jobs within Australia, a figure Bankwest graduate program manager of technology and transformation, Melissa Ettinger, said was too low.

Since the graduate program launched in 2012, she said, 22 per cent of hires had been women.

“If we want to increase that diversity of thought we need to address that and entice more women to get involved in technology,” Ms Ettinger told Business News.

Ms Ettinger voiced these concerns as a panellist for the WiTWA (Women in Technology, WA) Jobs of the Future forum held last week, and said the purpose of the panel was to spread awareness about the need for more women in tech and spark their interest.

A free coding event directed at women was held earlier this month by Perth Web Girls (PWG), an event run by co-working space Spacecubed with support from BHP and Robert Walters recruitment.

Perth Web Girls founder Kate Kirwin said strong stereotypes about who should be working in tech still existed, and many women were of the mindset that they didn’t fit the bill.

“I think there are still some factors in industry (presenting barriers) as well; I don’t think industries are ready for that much change and there are a lot of companies that have lost that diversity goal,” Ms Kirwin told Business News.

She said it was essential that current societal perspectives were shifted, and women who were passionate about tech were appropriately trained.

“If we leave women out of the picture now, it’s not going to get any better and we (women) are going to have a greater level of unemployment in the future,” Ms Kirwin said.

“I also think if we’re building products for women, designed by a man, then the product isn’t always going to be the best fit for the end consumer.

“There is a lot of need for diversity in development teams if they want products to be successful.”