It’s intriguing to see Western Australians are winners in a less conservative government. 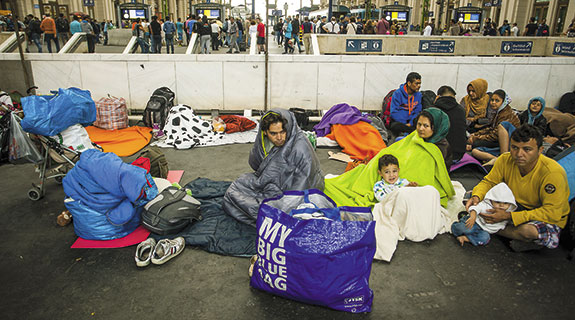 need: A burst of migration, including by Syrian refugees, could be part of the answer to populating the state’s north-west. Photo: iStockphoto/ csakistiphoto

It’s intriguing to see Western Australians are winners in a less conservative government.

It has been a big week for the Liberal Party in Western Australia.

On September 19, the party survived a tough by-election contest in Canning, winning with a better margin than expected. It appears that the ascension of Malcolm Turnbull to the prime ministership the Monday before the poll had helped soften damage expected in the seat previously held by the late Don Randall.

This is what should happen when talent matches electoral success; WA is the strongest Liberal state in the country, with the government holding 12 of 15 seats here, and the west is a big fundraising region.

As we noted in a news story last week, the biggest WA winners were Christian Porter, who will be social services minister, and Senator Michaelia Cash, who scored the employment portfolio as well as the role of minister for women.

Foreign Minister and deputy Liberal Party leader Julie Bishop’s key roles’ were unchanged, while Finance Minister Mathias Cormann not only kept his portfolio, he gained the deputy leadership of the government in the Senate.

So Western Australians are well represented in Canberra for the first time in a while – really shaking up Business News’s Most Influential list.

I find it interesting that it has taken a more centrist prime minister in Mr Turnbull to reward our state’s politicians.

If you believe the bad press WA gets from the rest of the nation, we are all redneck miners who like to wait a while for changes. The state’s opposition to daylight saving is often trotted out as the archetypal response from what the rest of Australia thinks is a conservative population that dwells on the past and tramples on the political correctness of conservationists and social progressives.

The big question is how this re-weighting of influence to the west can change decision making in this country.

WA leaders are less bogged down by traditional structures that are been challenged at an exponential rate by technological and global change.

The union footprint across the state is much less than in places such as Melbourne, where past progressive developments in industry and public transport have been held back or destroyed by inflexible work practices that have (and do) cost Victorians, and the rest of us, dearly.

South Australia is similarly afflicted. Decades of strong cabinet influence did nothing to solve the dilemma that its car and ship-building sectors, like the Victorian model, were uncompetitive. Sensible policy, such as defending our country with as many of the best vessels our money can buy and servicing them in the most efficient Australian locations, gets bogged down by decades of protectionism that has left us vulnerable.

Can a few influential WA politicians change that? I doubt it.

To grow real influence, this state needs continued strong population growth, focused on cities and regions where people are needed, and backed, by strong planning that creates long-term sustainable communities.

With what seems like half the world on the move from places that are as rugged and challenging as the Pilbara, perhaps it’s time we sought another burst of migration that filled places like the state’s north-west with the very best of the refugees that are desperately looking for a home.

Oddly enough, with the changes in Canberra and the bad news in Europe on the TV screens every night – this could almost be a saleable suggestion.

Would they cheer for Mr Turnbull like those entering Europe do Angela Merkel?