Businesses in country towns have to work that little bit harder to achieve commercial success. 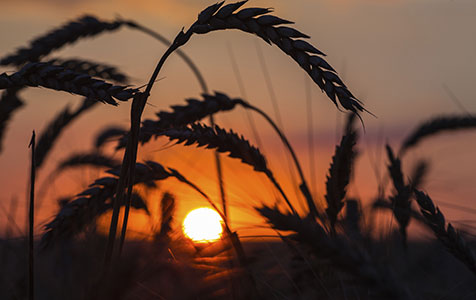 GROWTH: Cropping is the major income earner for the Wheatbelt. Photo: iStockphoto

Businesses in country towns have to work that little bit harder to achieve commercial success.

You don’t have to be that old to remember the days when Western Australia’s farmers were among the state’s wealthiest businesspeople, with more than the occasional Rolls Royce found on our country roads and many light aircraft landing on private air fields.

Much has changed since those times peaked in the 1970s, before the wool price collapsed and ended its century-long domination of Australia’s rural sector.

As a result, much of the nation’s heartland has been destocked, not just of animals but also of people.

The labour intensity of raising sheep for wool production has shifted to more capital-intensive cultivation of grains, as the world has demanded cheap food ahead of expensive clothing. Giant harvesters that run, almost, on autopilot have replaced shearing teams and other farm workers.

Few places have adopted this change with as much gusto as WA, where grain was a major part of the production mix before the wool crisis.

Over more than 150 years, WA’s farmers have overcome some of the toughest broadacre conditions on the globe to become specialists in the dry land production of grains. It isn’t called the Wheatbelt for nothing, although these days canola, barley and other crops offer some variety to the state’s cockies, if not the eye the of visitor passing through.

But if WA’s rural areas were already sparsely populated, the past few decades of technological change have made it even more so.

Many towns have struggled to field a football team, let alone keep a general store open.

Nevertheless, commodities are a cyclical business and rural WA might just be at the start of an upward swing if the so-called ‘dining boom’ fills the void created by the mining bust.

That means a lot of opportunity for businesses that service this strategically important sector, which generates a significant base level of export income.

Business News journalist Mark Beyer and photographer Attila Csaszar recently toured the region with the Wheatbelt Business Network to learn more about some of the commercial successes that are often overlooked by the urban-based community.

It was a delight to hear of some of the ways that towns have sought to make their own luck, and how businesses have learned to thrive in otherwise daunting conditions.

They will also have been given hope by the growing weight of big money that is being attracted to the farming sector.

Perhaps 2015 is the year, more than ever, when the state will appreciate the benefits of a flourishing agribusiness sector.

Of course, rural WA is more than just farms, but agriculture is the big business of the area and, even in the relatively stable climate of WA, it comes with seasonal risk that would challenge the nerves of management in many other business sectors.

Let’s hope our farmers get the rains they need this season.