The sale of LandCorp's large scale residential lots in Onslow has begun, with local residents to be given pre-release preferences. 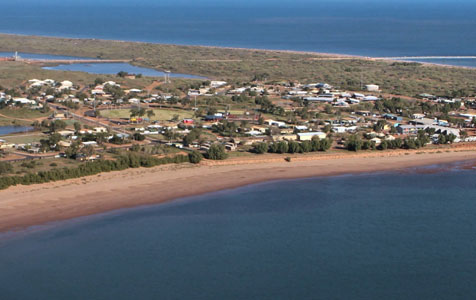 The sale of LandCorp's large scale residential lots in Onslow has begun, with local residents to be given pre-release preferences.

Lands Minister Terry Redman said the sale of the first lots within Barrada Estate was an important milestone in the evolution of the Pilbara town.

“Demand for new housing due to increased resource industry activity around Onslow makes this land release crucial,” he said.

“Property prices have escalated dramatically in Onslow in recent years with land in short supply until now.

“This pre-release allows locals the opportunity to buy off the plan and lock in a lot before first titles are issued next year.”

Chevron Australia, which holds its $29 billion Wheatstone liquefied natural gas project in Onslow, signed a deal with the state government to boost residential development in the town in March, by bringing in LandCorp to construct 220 residential lots in the new Barrada Estate.

Chevron said it would purchase 50 of the blocks as well as a nine-hectare site within the estate.

Mr Redman said the pre-release lots would be offered to locals who did not currently own a house in Onslow or reside in employee housing.

Sales to the general public will be available later this year.

Mr Redman said the increased oil and gas activities in the region is expected to grown Onslow’s population from 700 to about 3,300 by 2020.