A Prominent Perth real estate agent has predicted it will soon take significantly longer than two months to sell a house in the metropolitan area as listings continue to rise, sparking greater competition among sellers. 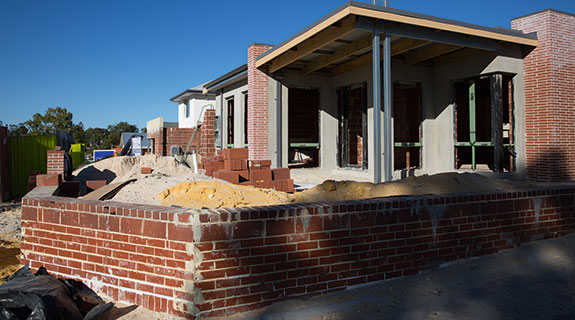 A Prominent Perth real estate agent has predicted it will soon take significantly longer than two months to sell a house in the metropolitan area as listings continue to rise, sparking greater competition among sellers.

The latest data from the Real Estate Institute of WA showed it is already taking 68 days on average to sell a house in the Perth market, with the number of properties for sale sitting around 13,700 at the end of the March quarter, around 2,000 higher than the long-term average.

Preliminary figures for April showed the number of houses available for sale had increased to more than 14,000, while the number of sellers willing to slash prices to facilitate a sale is more than half, Reiwa said, with 56 per cent of homes sold in the March quarter at a discount to the initial asking price.

Also, the number of transactions in WA in the March quarter, according to Reiwa, was down by 11 per cent compared with the same period last year, at 11,300.

All those factors add up to a further blowout in the time it takes to sell a house, which will increase to more than 70 days in short time, Realmark managing director John Percudani said.

However, Mr Percudani warned vendors against discounting in current conditions, saying sellers needed to focus on selling their homes inside the first 30 days on market.

“Statistically, we know the best outcomes and the least risk of underselling is within the first 21 to 30 days, because this is when buyer interest is acute and the resulting offers peak,” Mr Percudani said.

“Some people mistakenly reject early offers because they think the home hasn’t been on the market for long enough.

“In reality, they stand the best chance of achieving their desired price within the first month.”

In a tough market, he said, agents would have to explore using alternative methods to sell a house, including auctions and set date sales.

Acton Dalkeith real estate executive David Eyers agreed, saying properties that were sold in Perth via auction, although a very small sample size compared with the wider market, were on the market for an average 26 days fewer than those sold through traditional offer and acceptance.

“This is an impressive time saving for a seller, particularly in a slow market,” Mr Eyers said.

“Auctions are no longer reserved for luxury high-priced properties; it is a successful selling method for all property types, including apartments, villas, townhouses and duplexes.”

He said the biggest advantages of an auction was the competition created among buyers, while sellers were also able to minimise the disruptions to their lives by having a shorter marketing period.