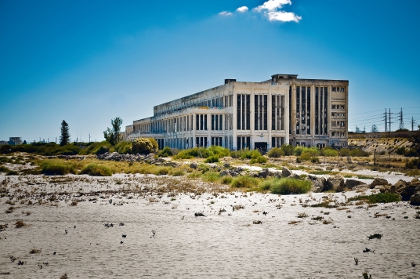 BEACHSIDE: The derelict South Fremantle Power station will become a hospitality and tourism precinct under the government's new plans.

The state government is seeking comment on its plans for the Cockburn Coast just south of Fremantle, which feature a hospitality and tourism precinct at the derelict South Fremantle Power Station and a main street-style town centre at Robb Jetty.

The plan identified the South Fremantle Power Station and Robb Jetty as key areas for commercial development, including retail, restaurants and cafes, and also identified a third 'activity centre' at Catherine Point Reserve.

The plan calls for buildings of between five- and eight-storeys at the key sites, while the residential component will consist of three- to five-storey developments with a minimum affordable housing target of 20 per cent.

Under the plan, the power station site will become the area's premiere employment, recreational and commercial hub, while the Robb Jetty area would house supermarkets, alfresco dining and an outdoor cinema.

The plan also identifies significant opportunity for commercial office developments at the power station site and calls for the further exploration of a public marina development.

The heritage-listed station has degenerated into a state of disrepair since it was de-commissioned in 1985.

The former industrial area was re-zoned in March this year, when Mr Day first flagged the possibility of the power station becoming the centrepiece of the redevelopment.

Mr Grylls said the Cockburn Coast area would deliver up to 4,800 new dwellings over the next 15 to 20 years.

“The regeneration of the area will create a new community of up to 10,000 people with an exciting mix of commercial, residential and recreational activities,” Mr Grylls said in a statement.