Perth-based developer Okeland Communities has launched an expressions of interest campaign for the sale of its 700-hectare masterplanned community in Queensland. 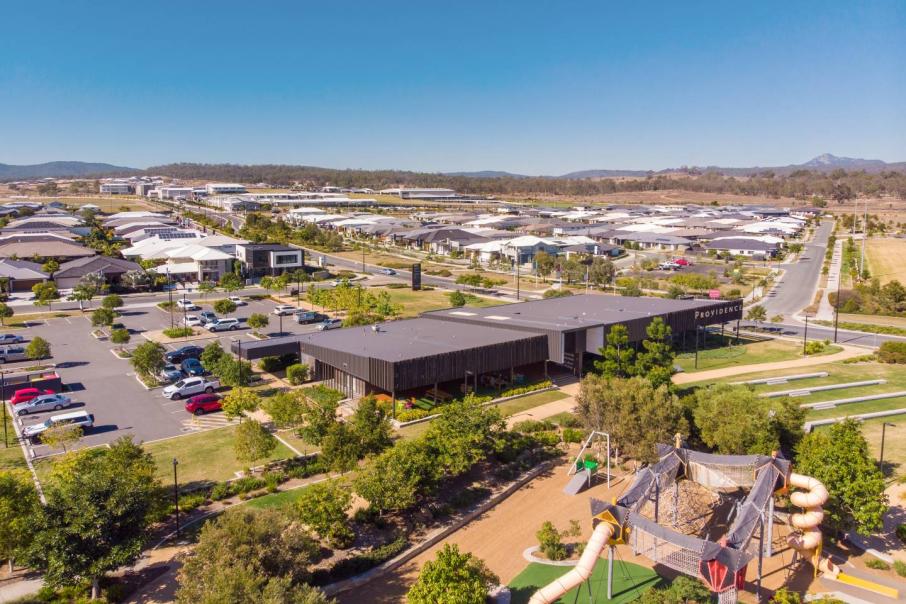 The Providence masterplanned community has plans for a further 6,000 homes. Photo: Okeland Communities

Perth-based developer Okeland Communities has launched an expressions of interest campaign for the sale of its 700-hectare masterplanned community in Queensland.

The land developer, which rebranded from Amex Corporation to Okeland Communities last year, said the decision to proceed with the EOI had followed an extensive review of its project portfolio and a desire to diversify its interests.

The masterplanned community, called Providence, is located within the Ripley Valley, near Ipswich, west of Brisbane.

Okeland founder David Shephard conceived the project 17 years ago, with Providence now managed by his sons, Cameron and Adam Shephard, following their father's death in 2012.

Okeland Communities executive director Cameron Shephard said the company and the family had retained a strong affinity to Providence and the decision to pursue a possible sale had been difficult.

“This is a decision process that started a long time ago,” Mr Shephard told Business News.

“We’ve been in this project for 17 years with our partners, this project is a mammoth project that will go for another 25 years.

“While a range of options has been considered, in the context of our overall portfolio diversification strategy, we have decided to pursue a sale of the balance of the project.

“We believe it is time for someone else to become the custodian of the Providence vision and allow the founders to reinvest in future communities around the country.”

More than 1,300 families already reside within Providence, with a further 6,000 homes to be completed over the next 20 years.

On completion, the community plans to include more than 200ha of open space and parklands, a major retail town centre, a commercial precinct, four schools (two of which opened in January 2020), a health and wellbeing hub, and a sport and recreation precinct.

Okeland has appointed Biggin & Scott and Ray White to manage the EOI campaign, with bids due in September 2020.

A decision on the preferred bidder is expected to be made by late October 2020.

“We’ve just all reached the point where we want to do something else and reinvest in the next Providence,” Mr Shepard said.

“I think we will reinvest back into Queensland, we’ve been developing Queensland continually since 1989.

“Maybe we’ll reinvest back into Western Australia but we haven’t got any plans, we haven’t identified anything that we want to go and put our foot on. “

Okeland has three developments in WA: Tuart Ridge in Baldivis; Sunrise in Wellard; and Kingsford in Bullsbrook.