Oil’s role in current geopolitical plays may have an effect on some of Australia’s massive LNG projects. 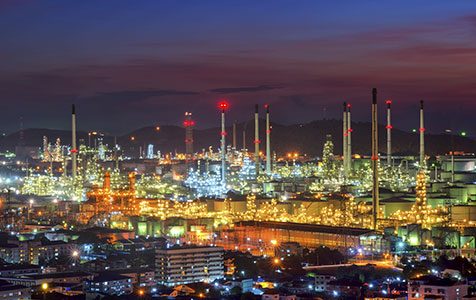 BIG STAKES: Saudi Arabia and Iran are vying for dominance in the Middle East.

Somewhere in the vicinity of $US190 billion in LNG projects are presently under construction in Australia.

Plunging oil prices over recent months could put a stop to the nation's future LNG projects, cutting up to $11 billion a year from increasingly LNG-reliant export revenue, industry leaders and analysts believe.

Brent crude prices that have held above $US100 a barrel for most of the past three years have slumped dramatically since June, falling 25 per cent to a four-year low to below $US85 a barrel.

If oil prices do not rebound, industry experts and analysts say returns will be poor on most existing projects, and any Australian future LNG projects will become questionable.

BHP Billiton's former chief commercial officer, Alberto Calderon, says a sustained period of $US80/bbl (barrel oil) would accelerate an inevitable move to lower LNG prices, and that could mean most Australian LNG projects fail to return their cost of capital.

Qantas's share price has risen approximately 40 per cent since July.

Similarly, the past three months have been hugely rewarding for investors in fuel refinery company Caltex Australia, with shares in the company rising strongly.

Caltex has been aided by a falling currency and reduced refinery input costs.

These are impressive performances compared with the ASX's return during the same timeframe.

However, losers include energy engineering firm WorleyParsons, the share price of which has tracked the falling oil price.

Speculation exists that Saudi Arabia is refusing to cut supply so as to squeeze Iran.

The two countries, from opposing Islamic denominations, are vying aggressively for dominance in the Middle East.

Is the Saudi price war a plan to strike at the Iranian and Russian economies or an attempt by Gulf states to put an end to the growth of shale oil in North America?
Views differ on the matter.

In October, Thomas Friedman wrote in the New York Times that Saudi Arabia and the US were waging an oil war against Russia and Iran.
In August 2013, the London Daily Telegraph's Ambrose Evans-Pritchard also wrote about a meeting between Prince Bandar, head of the Saudi secret service until April 2014, with Russia's President Vladimir Putin at his dacha outside Moscow.

A transcript of their talk was later leaked by the Kremlin, in order to embarrass Riyadh.

It suggested that the prince offered Russia a deal to carve up global oil and gas markets, but only if it sacrificed Syria's Assad regime.

Prince Bandar received a firm 'nyet' from Putin.
In his article, Friedman said the Saudis may now attempt to 'pump [the countries] to death', bankrupting them by bringing down the price of oil to levels below what both Moscow and Tehran need to finance their budgets.

Amrita Sen, chief oil analyst at Energy Aspects in London, says Saudi Arabia has $500 billion in reserves, and unlike many other oil exporters in the global energy market, has the ability to ride out any low prices while price-cutting.

The Saudis concern over the Islamic State (ISIS) gaining control over 11 oil fields in Iraq and Syria has led the kingdom provide full cooperation to the US-led coalition in its campaign against ISIS.

To date, coalition airstrikes have succeeded in damaging the ISIS oil network.

An October 14 report from the Paris-based International Energy Agency estimated that the jihadis now control only about 20,000 barrels of daily oil production, down from about 70,000 in August.

On October 28, the energy world was also shocked to learn of the tragic death of Total SA's chief executive, Christophe de Margerie.

Total is one of the world's largest hydrocarbon producers, and is among France's most valuable companies in term of market capitalisation.
Margerie's jet clipped an airport snowplough during takeoff from Moscow's Vnukovo and burst into flames, killing him and three French crewmembers.

Prior to Russia's seizure of Crimea and its covert intervention in eastern Ukraine, major Western oil companies, including BP, Chevron, ExxonMobil and Total, were pursuing plans to begin production in Russian-controlled sectors of the Black Sea and the Arctic, mainly in collaboration with Russian state-owned or controlled firms such as Gazprom and Rosneft.
However, after Russia intervened in eastern Ukraine, Washington moved to tougher sanctions, including measures aimed at Russia's energy sector.

Total had just announced that it was seeking finance for a gas project inside Russia despite of the current sanctions against Moscow, with plans to finance its share in the $27-billion Yamal project using euros, yuan, Russian rubles, and any other currency but the US dollar.

While there appears no end to theories on what is driving the oil price down, investors need to remain vigilant in our globally interconnected economy.