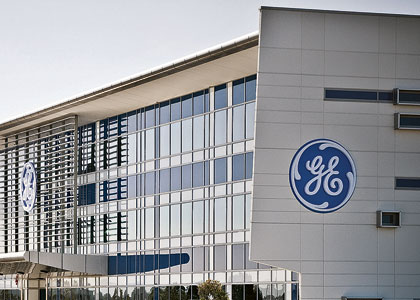 GEARING UP: GE Oil & Gas will complete work on its $100 million technology and development centre in Jandakot this year. Photo: Grant Currall

Service and logistics companies looking to muscle in on Western Australia’s multi-billion dollar oil and gas sector are driving strong demand for industrial space in Perth.

Colliers International director of industrial agency Wayne Chorley said the industrial property market was healthy thanks to stronger than expected demand for large facilities by oil and gas companies.

“There is significant demand in the Perth market when you factor in the oil and gas sector and logistics providers who are in the market as a direct result of large-scale projects in the north (of WA),” Mr Chorley said.

“The oil and gas industry isn’t the sole driver of the market, but it’s having a substantial effect and combined with a lack of good quality leasehold sites, means demand is high for industrial space.”

The traditional industrial base of Kewdale is facing growing competition from Ascot Capital’s Jandakot City and the Australian Marine Complex (AMC) in Henderson for companies seeking to extend their service capabilities to the oil and gas sector.

Equipment systems and services provider Cameron Australasia has just begun the first stage of works on its new Kewdale site, which will enable the company to substantially expand its presence in the WA market.

Cameron estimates its initial outlay at the 3.5-hectare site will be between $10 million and $15 million. The facility will focus on after-market services, including repairs, upgrades and servicing.

Cameron regional projects and operations director Steve Tate said construction of the Kewdale site was an exciting step for the company in WA.

“The size of investment represents a huge opportunity for us,” he said.

“With the amount of projects the majors have in the pipeline and current projects entering new stages in their development, we are confident that we can capture a portion of the market.”

Cameron’s Kewdale facility is just one of a number of recently announced commercial developments by energy services companies building or upgrading their capabilities in WA.

Late last year, global defence and aerospace giant, BAE Systems, moved into the oil and gas market with the upgrade of its long-standing Henderson facility.

The upgraded 14.5ha facility will cost $8 million and focus on maintenance and modification of offshore support vessels and subsea structure fabrication, alongside BAE’s traditional defence work.

Mr Chorley said the Henderson industrial site, with its marine and energy services focus, was proving to be a successful project.

“The AMC has been quite successful and has grown markedly, thanks to its defined market and shared facilities at the site,” he said.

Ascot Capital’s Jandakot City development is also receiving substantial interest from multinationals aiming to break into the oil and gas market or consolidate their position.

“At least half a dozen companies directly related to oil and gas, in the equipment and maintenance side, are in serious inquiries for space in the metropolitan region,” Mr Seaward said.

He said service companies were driving the strong take-up of industrial space at Jandakot City, which has 50ha, or a third of the total land committed for development or under construction.

“They are particularly big users of space and require strong transportation networks and links for development and services,” he said.

GE Oil & Gas will complete work on its $100 million technology and development centre in Jandakot this year, which will support the oil and gas and mining sectors.

GE’s 10ha site will focus on providing maintenance and training services to the energy industry and both technical and practical facilities will be incorporated into the centre.

GE has envisaged the site could have 600 to 700 people in training and servicing roles within a few years.

GE has been joined by US-based multi-national oil services giant Halliburton, which has developed a 6ha facility at the Jandakot City complex.

Stainless steel pipe and fitting supplier MRC SPF has also set up shop with a 4ha site in Jandakot and is reviewing plans to upgrade its existing facility and develop more warehousing.