The Indian Ocean near Perth and Bunbury is one of six offshore wind energy locations being considered across the country. 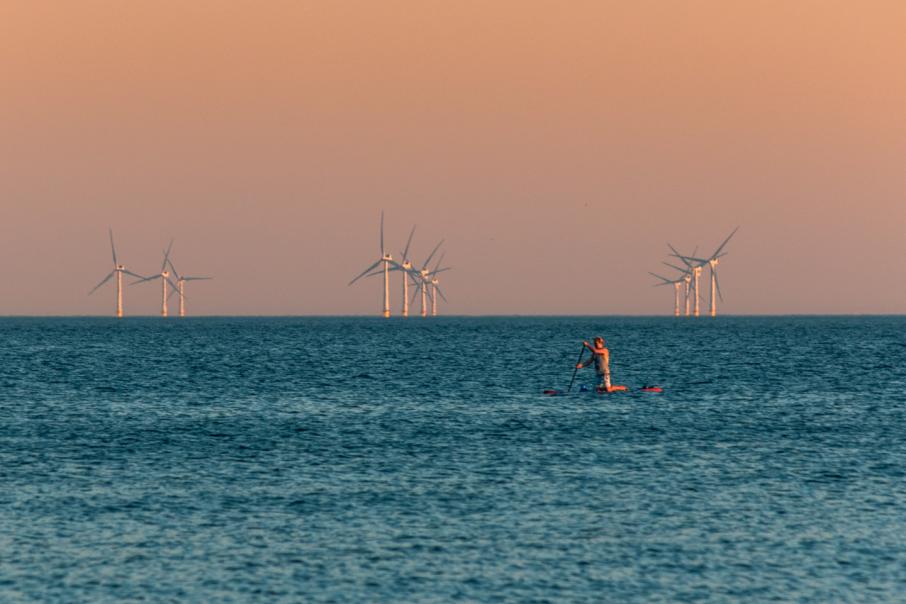 Energy Minister Chris Bowen has flagged six possible locations for offshore wind energy as the government looks to increase the amount of renewables in the grid.

The government has proposed an area in the Bass Strait off Gippsland for a site for the offshore wind facility, along with parts of the Pacific near the Hunter and the Illawarra.

Further locations in the Southern Ocean near Portland, parts of the Bass Strait and the Indian Ocean near Perth and Bunbury have also been flagged.

Mr Bowen said the new facilities would help the country to reach 82 per cent renewable energy by the end of the decade.

"This is good news for these communities. A lot of jobs will also be created. These are areas undergoing economic change as our energy system transforms," he told reporters in Sydney

It's estimated the Gippsland proposal would be enough to power 1.2 million homes in Victoria, with the industry set to create up to 8000 jobs a year once fully operational.

The announcement comes a day after the government's climate bill passed the House of Representatives.

It will now be sent to a Senate committee, due to report back by the end of the month, before being debated in the upper house.

The minister said the bill's passage was a step forward and he looked forward to it passing the Senate.

"It is not symbolic, it is practice. There are 10 years of delay and dysfunction, this parliament is taking big steps for it to end," Mr Bowen said .

"The passage of this bill sends a message to investors in renewable energy, transmission and storage around the world that Australia is open for business to become a renewable energy powerhouse."

Prime Minister Anthony Albanese said an "economy-wide transition" would be needed in order to cut down on Australia's emissions.

He said more work was needed to be done to reduce emissions, particularly among the country's biggest polluters.

"You have to have an economy-wide transition here. It will take effort. It's not easy, but we can do it," he told ABC Radio on Friday.

"And while doing it, we can create economic activity, create jobs, particularly in our regions."

While the opposition has warned the government's emissions reduction target would lead to higher power bills for families, the prime minister said the changes would help to grow the economy.

He warned a lack of action in reducing emissions would have a negative impact on the country's finances.

"Unless we do this transition, then Australia will actually suffer and shrink, so we also have the possibility of cleaner, cheaper energy, creating new industries," he said.