Returns to Western Australia mining, engineering and technical services players operating offshore have been blunted by the falling commodities prices and sovereign risk. 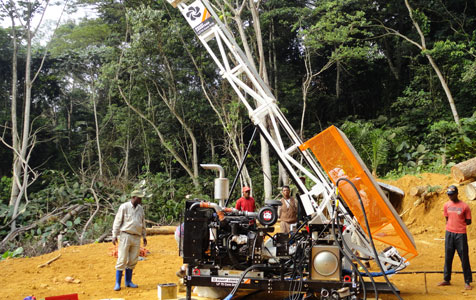 Drilling at a project in Namibia.

Returns to Western Australia mining, engineering and technical services players operating offshore have been blunted by the falling commodities prices and sovereign risk.

For many, the shift overseas had been part of a strategy to diversify revenue sources after the end of construction work in Western Australia.

Companies with heavy African and Latin America mining exposure have been affected by an economic climate not much different from that experienced here.

Among these operators is Ausdrill, which announced its African contract mining services business had made an EBIT loss of $55 million in the six months to December 2014.

The company said it had underperformed in West Africa as a result of rainfall and pit flooding, in addition to the impact of currency movements.

Things improved for Ausdrill in April when it won a contract for drilling in Ghana with gold exporter Perseus Mining.

It expected to generate revenue of $US223 million in the coming five years from the deal.

Other companies with African exposure include Barminco, which is a 50 per cent owner of the African Underground Mining Services joint venture with Ausdrill.

In a survey of the industry in 2013, 44 per cent of mining, equipment, technology and services (Mets) businesses based in WA had identified Africa as their top export destination, compared with 27 per cent nationally.

Companies with Latin American operations have experienced similar problems, although performance had been mixed across jurisdictions.

Macmahon Holdings was burned by a contract in Mongolia, where it was operating the massive Tavan Tolgoi coal mine.

Operations were suspended in August last year after payment delays, with the company flagging the possible need for arbitration.

Australian exports of Mets were estimated at $27 billion for 2013, representing around a third of total revenue for the sector.

South-East Asia has been labelled the next go-to destination for Mets players, although demand for infrastructure players is also likely to be high.

That could be driven by Indonesia and other Asean nations, which have a massive public infrastructure backlog, and more developed nations such as Singapore.

There will be competition, however, after a massive injection of Chinese capital into infrastructure exports, quickly followed by a wave of cheap labour.

That decision was not just driven by economics, either, with the Asian giant aiming to spread its political influence through building.