THE highly lucrative and increasingly competitive international education market is now top of mind for many of the state's educational centres and learning institutions, as demand for their services goes global. 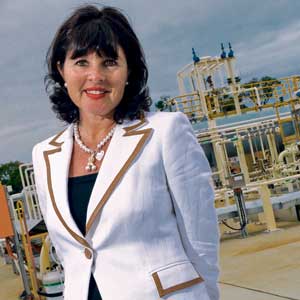 THE highly lucrative and increasingly competitive international education market is now top of mind for many of the state's educational centres and learning institutions, as demand for their services goes global.

And it's not just the universities typically associated with international markets, such as Curtin University and the University of WA, that are enhancing this side of their operations.

Challenger Tafe managing director Liz Harris is passionate about increasing the levels of education exported overseas, and sees real potential for the entire state to benefit from this kind of enhancement.

"Education, it's one of the top three national exports and we in Western Australia need to be a part of that and be very visible in that market," Ms Harris told WA Business News.

The centre is gaining a strong reputation internationally while supplementing these overseas ventures with local contracts for skills recognition with some of the world's largest corporations, including Woodside, Chevron, BHP Nickel West, and BP.

"It's just fantastic, especially when you're getting interest from the Middle East where they can buy training from anywhere in the world, literally," Ms Harris said.

The $21 million centre, built through a combination of state and federal government funding along with industry contributions, is considered among the most comprehensive process operations training centres in the world.

"It is really gaining a very strong reputation within the state, nationally and internationally, which is what you really want," Ms Harris said.

And the demand for Tafe education is coming from all parts of the world - from Abu Dhabi and Qatar, to New Zealand, Mauritius, India and Malaysia.

China has also shown interest in doing some work through ACEPT but Ms Harris is wary of her organisation becoming fragmented by taking on too many projects at the one time.

"China has been very persuasive about us going over and talking to them but we will investigate that early in the New Year," she said.

Silver Trowel Trade Training won the 2008 Emerging Export Award for its work in providing quality education and training in the building and construction industry.

Silver Trowel Trade Training general manager Lisa Legena said her company had found a niche in the market and was the first Australian college to open a training centre in the UK.

"Our markets have predominantly been from the UK but that is now changing to include South-East Asia, India, China, Pakistan as well as Africa," she said.

"This year we've enrolled over 100 students, and we see that growing, in our projections, to at least double that next year."

International enrolments are helping alleviate the skills shortage and currently make up about 30 per cent of Silver Trowel's business, which has recently taken up extra premises in Kewdale.