Office players lining up for next wave 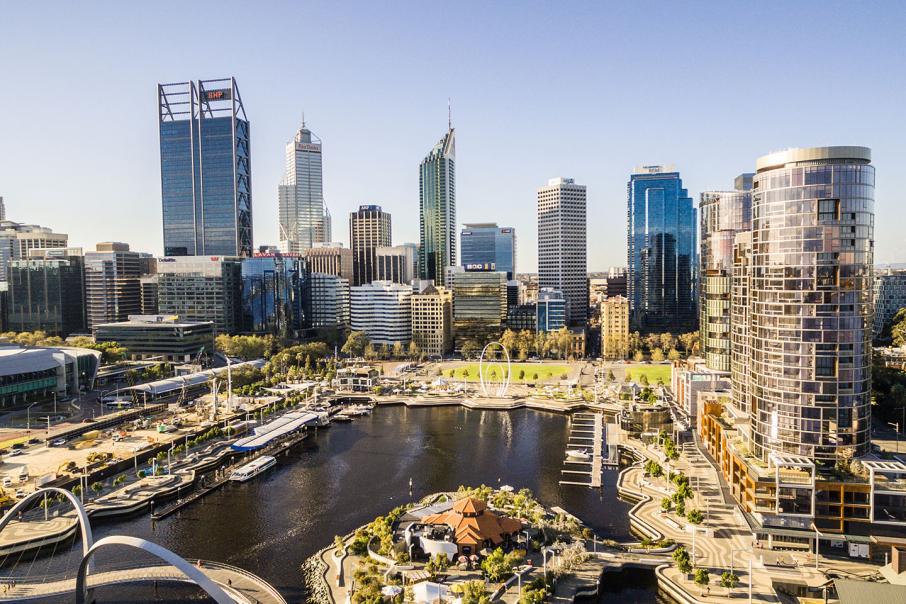 Elizabeth Quay is expected to be a fulcrum for Perth office development in coming years, but there is also potential for new builds elsewhere in the CBD. Photo: Gabriel Oliveira

The chances of any new major office tower emerging in Perth’s CBD in recent years have been slim at best.

Office vacancies hit a 22-year high of 22.5 per cent in early 2018, in line with an environment of cost cutting and a widespread reduction in head counts at Western Australia’s biggest commercial tenants.

In late 2019, however, national and local commercial developers have become quietly optimistic that improving economic conditions could spark a revival in office development across the CBD.

Investment in the resources sector has steadily risen since the middle of last year, with the state’s biggest players seeking to launch new projects across WA.

As a result, tenants are starting to expand their footprints across the city, driving a rebound in rents and a vast reduction in the availability of large, contiguous office floors.

The latest data from commercial agency CBRE showed prime rents in Perth rose by 11.6 per cent in the first three quarters of 2019, the highest growth in the country.

CBRE said incentives – where office landlords offer rent-free periods or contribute to the cost of fitouts to secure tenants – were also falling in line with a reduction in available quality office space. 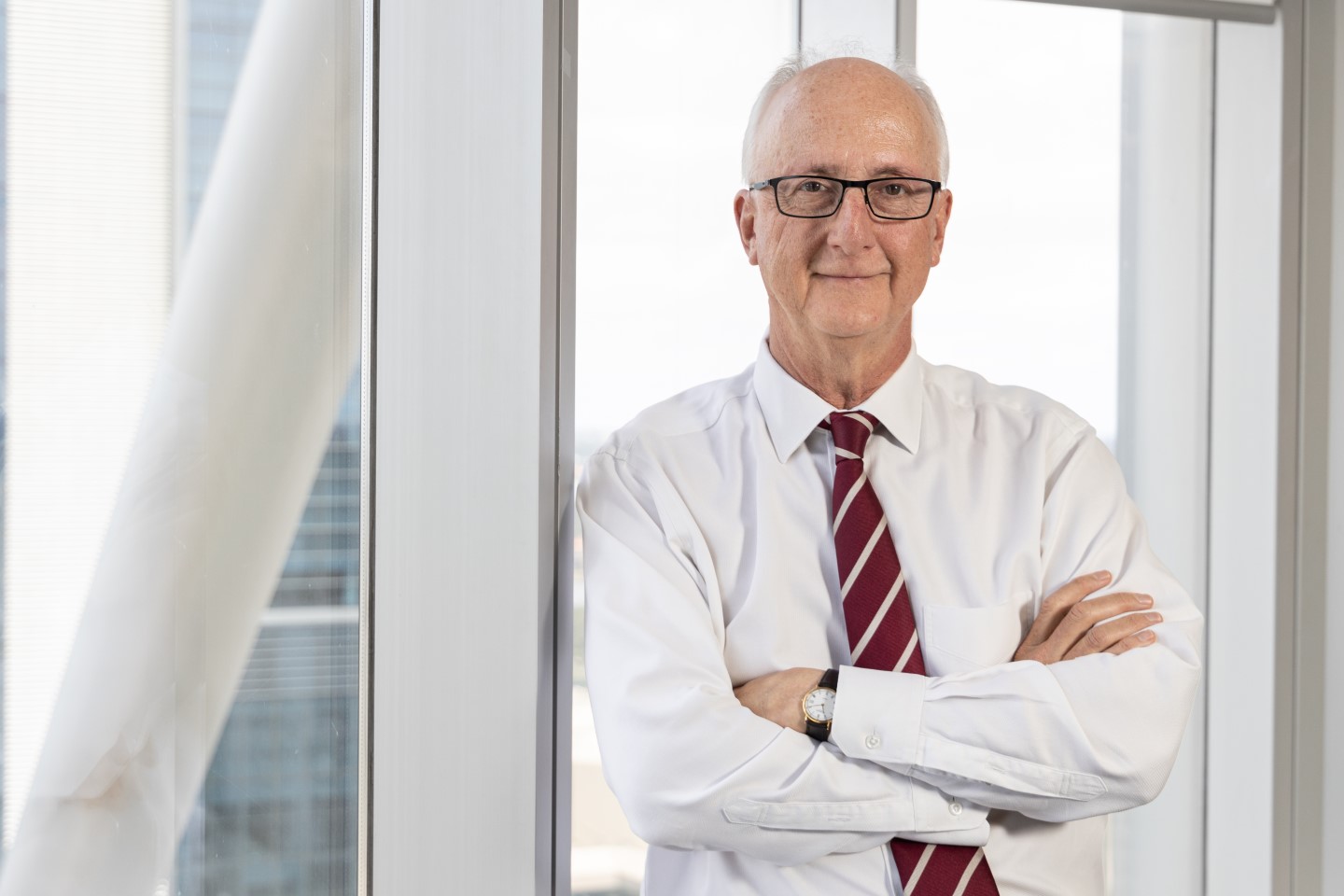 John Williams says it's highly likely several new towers will be built in Perth in the next five to 10 years. Photo: Gabriel Oliveira


“That’s because there are fewer large contiguous floorplates left for these requirements to be satisfied,’ Mr Williams said.

“So if these larger tenants are looking to move, then their only alternative is going to be a new build.”

While Mr Williams would not be drawn on the identities of those tenants, discussions with several industry sources unearthed a significant list of companies with upcoming lease expiries and large space requirements.

Sources suggest businesses such as Fortescue Metals Group, ConocoPhilips, Santos, Downer EDI and Bankwest could seek to occupy a new building, while Business News understands the state government is keen to stimulate the commercial market by building a new headquarters for WA Police.

While WA Police recently extended its lease at Westralia Square, Business News understands the terms of that deal would allow for the time it would take to secure a deal with a prospective developer and construction of a new building.

In addition to the corporate sector, Business News reported last week that The University of Western Australia and Murdoch University were in the early stages of planning new CBD campuses, with the institutions’ space requirements understood to comprise around 10,000 square metres each.

Mr Williams said developers across the city were positioning themselves to deliver any new office opportunities if they emerged.

“They’ll only build if they have a pre-commitment, and developers are aware there are some bona fide potential occupiers out there.

“All the plans have been dusted off and ready to go; they are all primed, set and ready and can pitch these buildings at tenants, and there will be a few that come up.”

Urbis director of economics David Cresp was less optimistic around the prospects of any new buildings outside of Chevron’s new headquarters emerging in Perth in the next couple of years.

“The challenge is for a tenant that has an existing building that could potentially continue to suit them, is that someone can’t build a new building for rents that are in line with the deal that they have in the building that they’re in,’ Mr Cresp told Business News.

“For tenants that are in a premium building, the economics of it make it difficult to stack up.

“That may lead to a new development, but it’s very much going to depend on tenant pre-commitment.”

At Elizabeth Quay, cranes are expected on lots seven and eight early next year, with Multiplex scheduled to start work on Chevron’s new 55,000sqm, purpose-built headquarters. 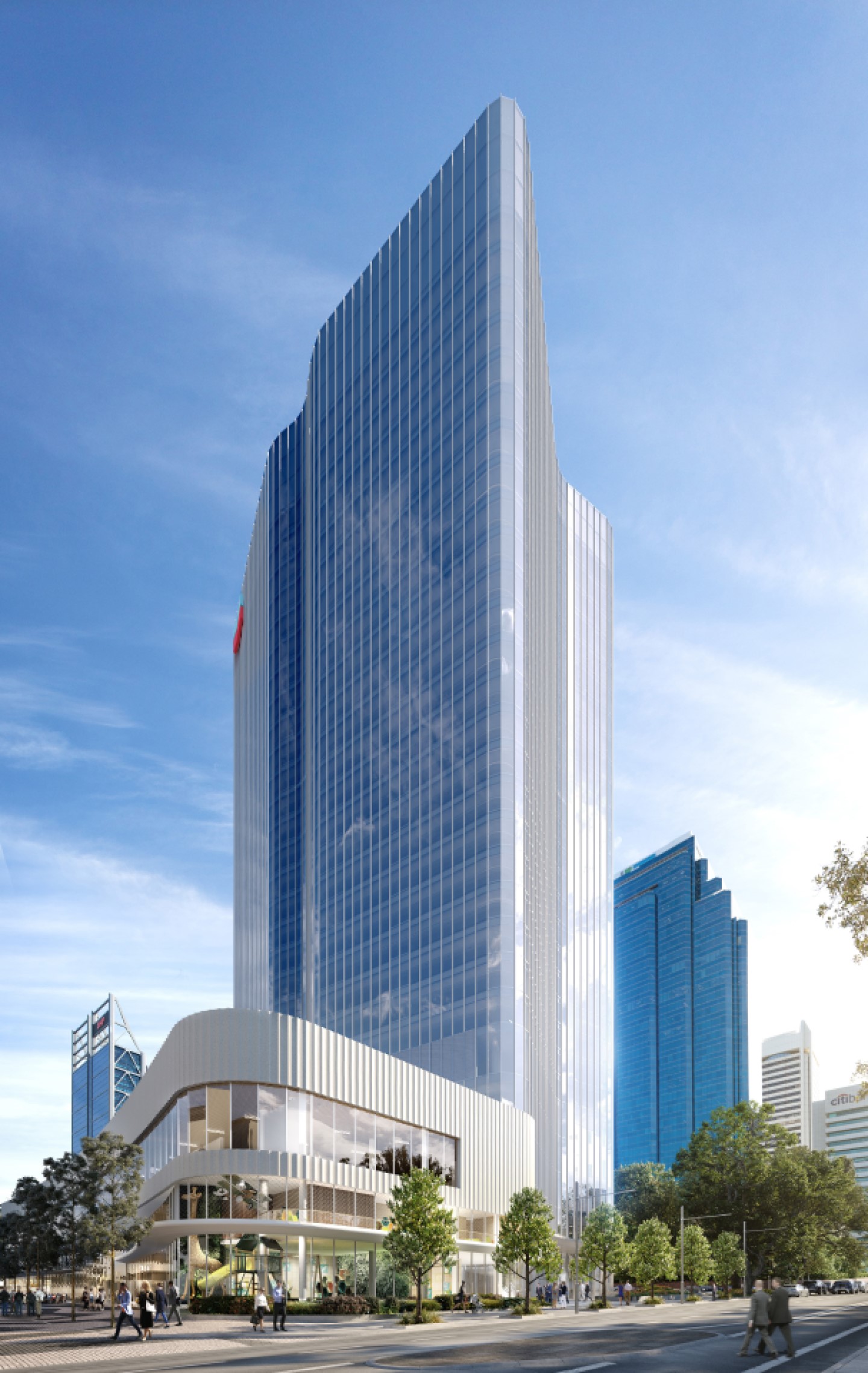 The Chevron headquarters, being developed by Brookfield on behalf of the energy giant, will be the first major tower to start construction in Perth since Woodside Petroleum’s Mia Yellagonga office building was completed in 2017.

Brookfield head of development Carl Schibrowski described the Chevron deal as an “out-of-the-box opportunity” that came about through its construction subsidiary Multiplex, which had been working with Chevron under an early contractor involvement model.

Chevron had initially planned to develop its headquarters itself, but Mr Schibrowski said those discussions with Multiplex unearthed the opportunity for Brookfield to get involved and take on the development risk.

“We’ve been Chevron’s landlord and business partner in California through various opportunities there, so we were able to draw on the global business in those relationships,” he said.

“They were able to look at what the full market in Perth could offer them, which gave them confidence to go back to the plan that they had, but do it in more of an outsourced model.”

Mr Schibrowski said the international office landlord and developer had taken a long-term approach to Perth, with its presence in the market dating back to the early days of Multiplex. 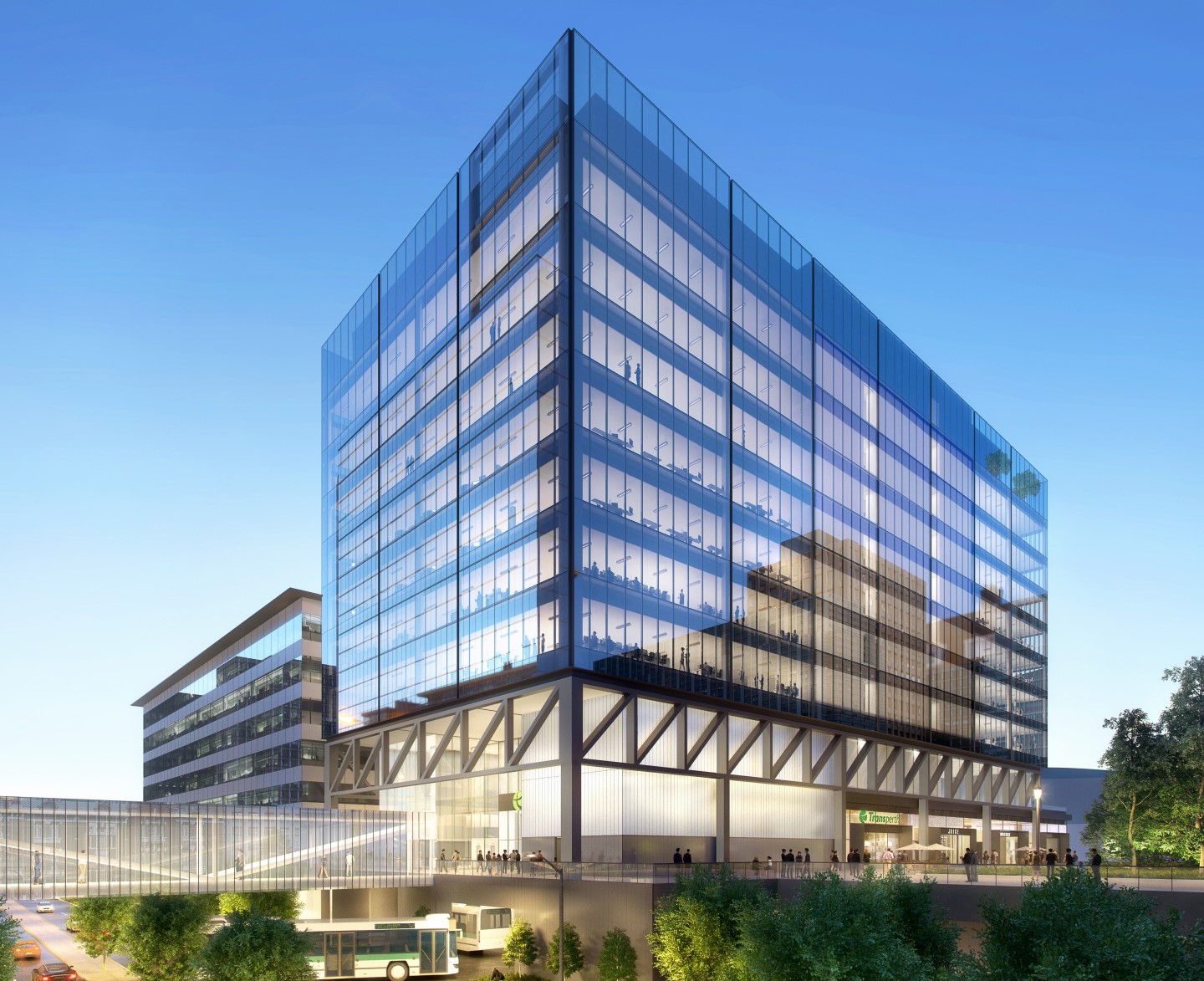 He said Brookfield had taken a similar view on Perth as it did on other major resources hubs such as Calgary and Houston, which also had highly cyclical office markets.

Other than Chevron, Brookfield has an approval in place to build an eight-storey office tower above the Esplanade Busport, while its 52-storey Perth Plus mixed-use proposal at Elizabeth Quay includes around 40,000sqm of office space across two buildings.

“Our approach to the market is very much portfolio-driven,” Mr Schibrowski said.

“We keep an eye on each of the new requirements coming up, and because we’re able to present a couple of different options each time that really means that we are well set to answer what those significant players really need.”

ASX-listed Dexus is another major player with a significant office proposal in the works, with a $200 million redevelopment of Carillon City approved by planning authorities earlier this year. 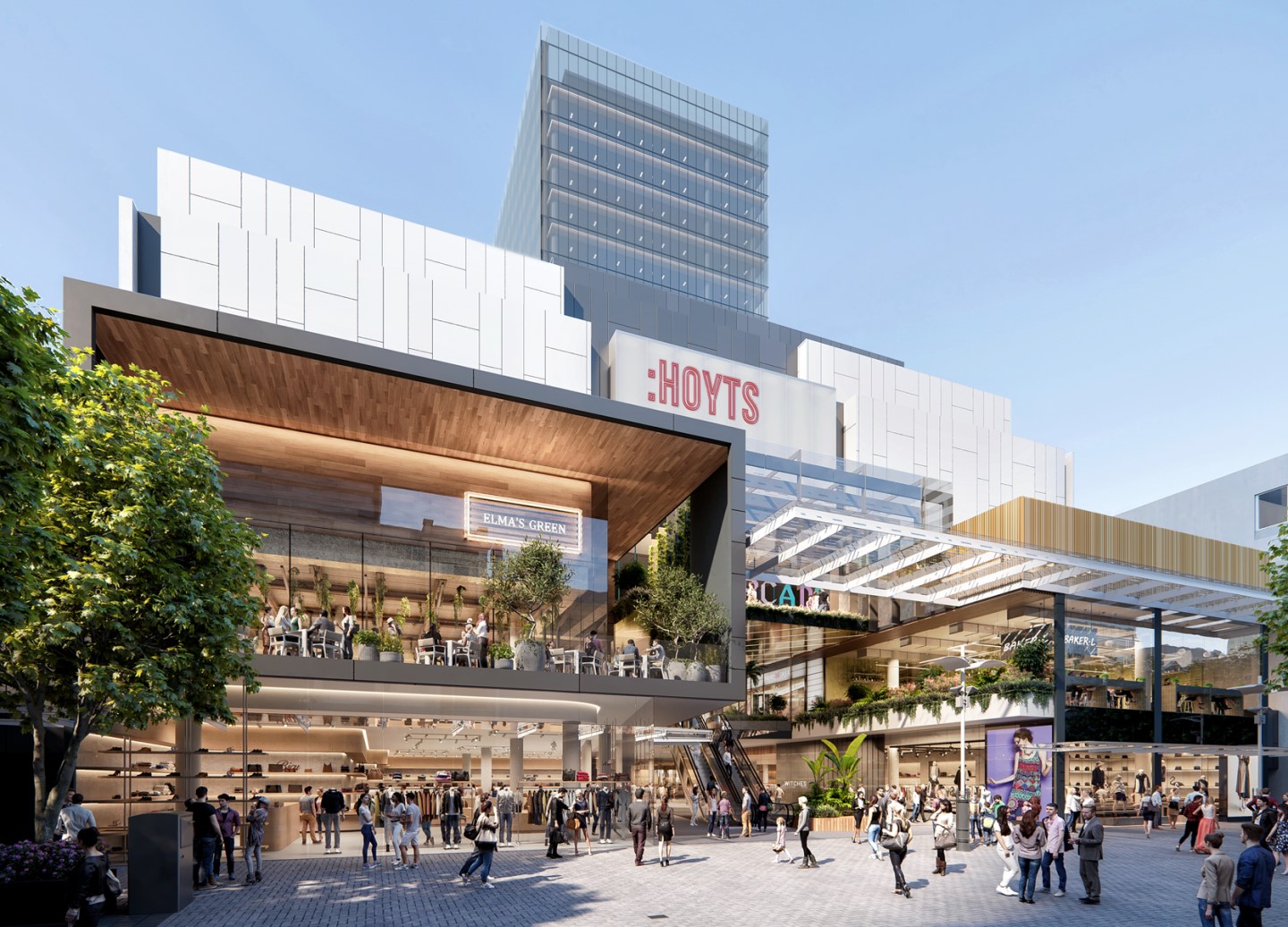 He said Dexus was taking a positive view of the Perth office market.

“We are seeing considerable investment by the government in transport infrastructure and the private sector in new mining and oil and gas initiatives – reportedly $168 billion planned over the next five years,” Mr Hynes said.

“Perth is now clearly in a recovery phase and we have conviction in the continued growth of the city as it diversifies its investment opportunities.”

Outside of the CBD, Sirona Capital managing director Matthew McNeilly said he was positioning his company to take advantage of an anticipated upturn in office demand. 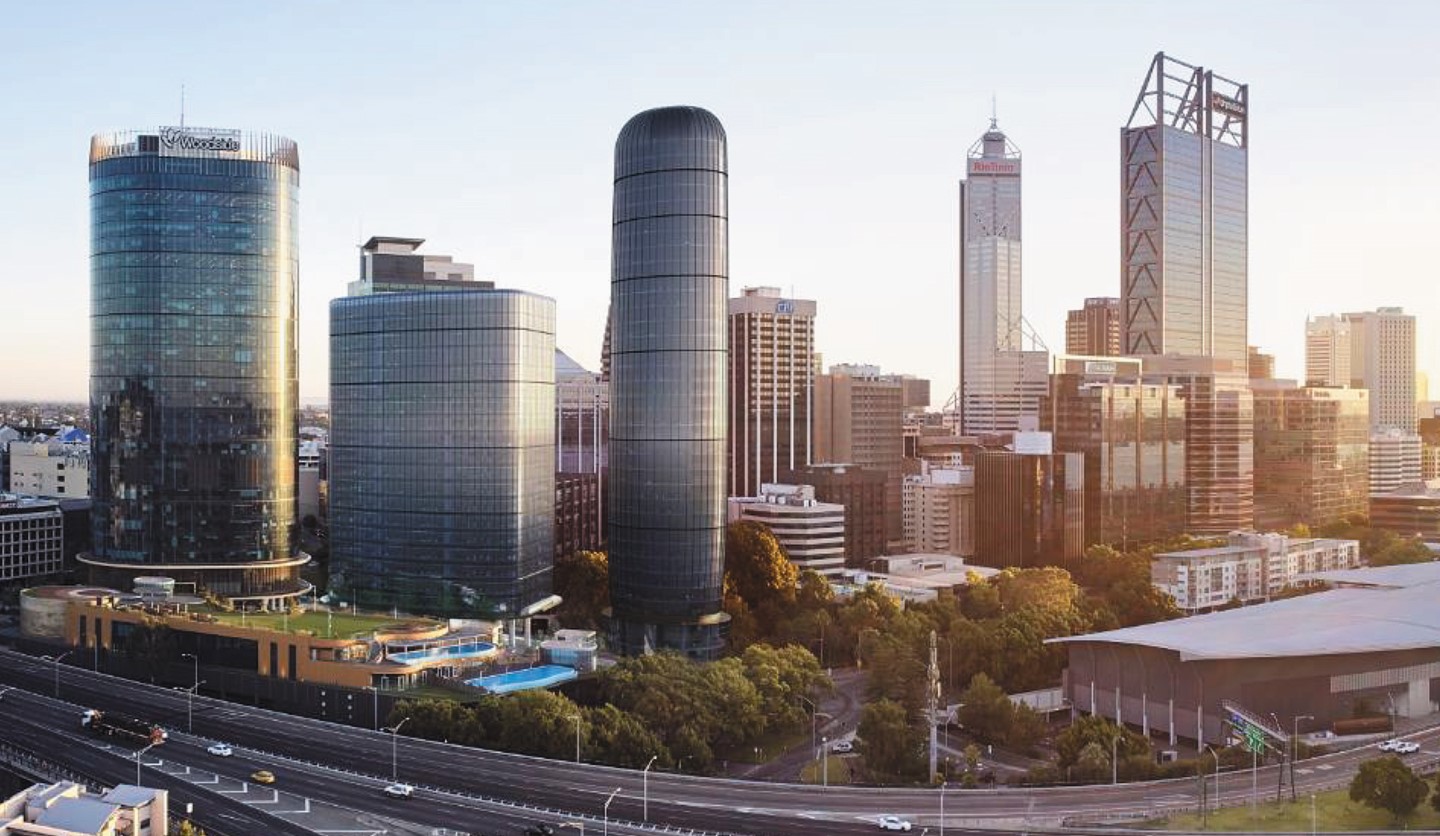 He said Sirona, which was closing in on completing a $270 million office building in the centre of Fremantle, was increasingly busy in seeking planning approvals.

“I’m picking particular parts of the market … I think there is room for more offices in Fremantle for instance,” Mr McNeilly said.

“Now is the time, in my view, to be mobilising and getting ready for the next development cycle.

“But we’ve got to think beyond just the traditional oil and gas, resources and government tenants; we’ve got to be thinking more widely than that.”

Not so optimistic was APIL Group managing director Peter Hughes, who said market conditions would have to improve much more significantly for the developer-landlord to pursue new commercial office opportunities.

Instead, Mr Hughes said APIL had concentrated its efforts in recent years on upgrading its existing office portfolio.

“To keep your tenants you’ve got to do a new fitout, give them a proper incentive and reset the rent,” he said.

“If you don’t do that you’ll lose your tenant, so you’re kind of forced into it. Our project management team has been very busy for the last five years.

“Having been in the game for 42 years, I’ve seen it all. You don’t get lucky in this game, you have to see the trends.

“Perth property might be worth a look in the next year or two, but it’s not going to do a lot until we get vacancies and incentives a bit more under control.

“Our investors want a dividend, and so if you’re giving cash to a tenant, there’s none for the investor.” 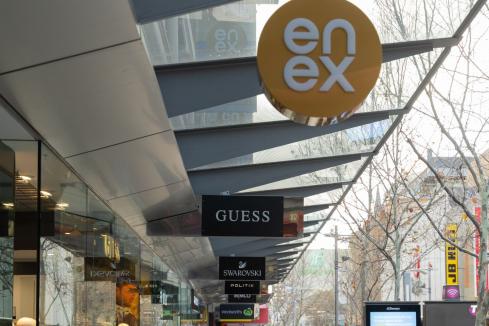