Questions over the stability of Perth’s office market have dogged the sector of late, but signs of an uptick in sentiment are emerging. 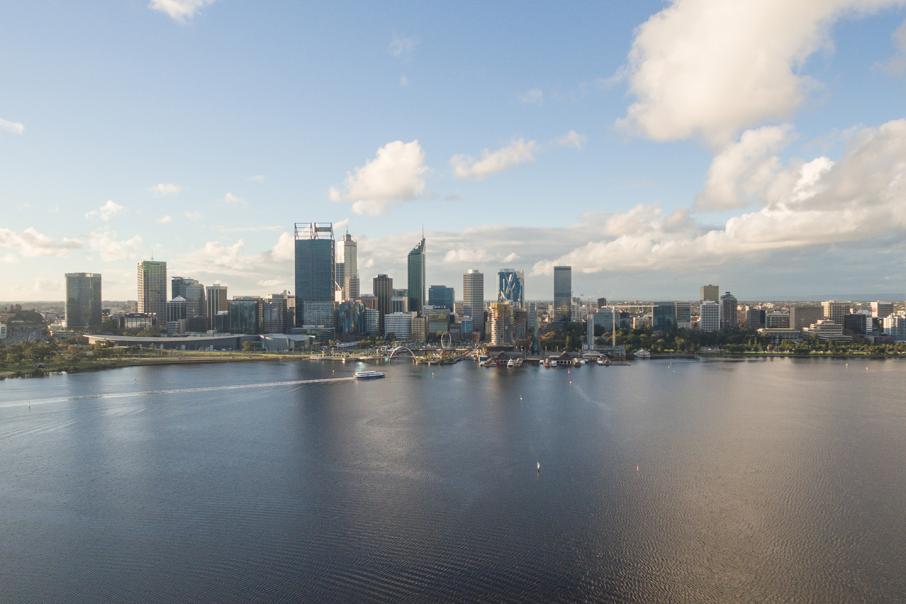 The removal of substantial sub-leasing from the market and positive employment data are renewing investors’ confidence in Perth. Photo: Gabriel Oliveira

Questions over the stability of Perth’s office market have dogged the sector of late, but signs of an uptick in sentiment are emerging.

A fall in vacancies, a string of asset sales and a lift in the valuation of a prime CBD office building are among the recent positives to hit Perth’s commercial property space.

Urbis director of property economics and research David Cresp said there was more confidence in the sector than 12-18 months ago.

“The key indicator for me is always the net absorption starting to turn.

“The Property Council of Australia figures in the 12 months to January 2018 show a significant turnaround in net absorption (47,000 square metres - the highest level for five years), so it is heading in the right direction.”

Despite Perth still having one of the highest rates of vacant office space among all Australian capital cities (19.8 per cent as of January), this figure marks the first time the CBD vacancy rate has fallen below 20 per cent in two years.

The Property Council of Australia's mid-year office market report is due to be released on Thursday.

“Incentives and low rents have meant the CBD has been reinvigorated as the premier place; we’ve seen a lot of businesses move from fringe markets such as Subiaco and West Perth into the CBD,” Mr Cresp said.

He said the last round of new office supply was delivered in 2015-16, when about 200,000sqm hit the books as the market turned down, leading to one of the worst vacancy periods Perth had experienced.

Mr Cresp said it was unlikely any new supply would come to market in the short term, unless there was a significant level of pre-commitment, such as Chevron’s proposed headquarters at Elizabeth Quay or as part of a mixed-use building.

“It’s (a recovery) going to be reasonably steady; we’re not going to see a bounce back to where we were, but it’s certainly a healthier level of activity (than) seen in recent years,” he said.

ASX-listed Growthpoint Properties Australia has demonstrated its confidence in the Perth market, announcing earlier this month it had secured its first office investment in Western Australia with the purchase of Wellington Central on 836 Wellington Street for $91.3 million.

Growthpoint managing director Timothy Collyer said a host of factors including employment data, the removal of substantial sub-leasing from the market, and a period of subdued office development had given the group confidence.

That deal adds to a series of large investments, such as the $125 million sale of WorkZone West to Sydney-based Elanor Investors Group, brokered by Savills in June.

Earlier 2018 transactions include Singaporean group OKP Holdings’ first foray into the Australian market via the purchase of an office complex at 6-8 Bennett Street in East Perth for $43.5 million.

There has been about $255 million worth of Perth office building transactions during the first half of 2018, bringing the 12-month rolling year to June 2018 to $827 million – the highest level of investment recorded since June 2013, according to Savills’ latest ‘Quarter Time National Office’ research report released last month.

There could be more transactions to come, with the premium Exchange Tower now on the market following AMP Capital’s recent announcement that it would sell its 50 per cent share along with Primewest.

The tower is expected to attract close to $350 million, with JLL appointed as the selling agent for the property.

AMP Capital wholesale office fund manager Nick McGrath told Business News it was the right time to list due to the tower’s 90-plus per cent occupancy, following a significant capital expenditure program that had culminated in a successful leasing campaign.

GDI Property’s recent announcement of a $38 million lift in valuation of its A-grade tower Westralia Square on St Georges Terrace from $216 million to $255 million is another sign of improving conditions.

Meanwhile, Brookfield’s $1.1 billion mixed-use twin-tower, which will include about 50,000sqm of office space, is slated for completion by 2022-23.

Also in the pipeline is Fragrance Group’s $180 million mixed-use CBD twin-tower, which was granted development approval mid-July, proposing a 10,000sqm office component, with a construction start date to be decided.