A fresh tranche of major commercial assets will come on to the market in and around the Perth CBD this year, potentially spurring sales activity after a sluggish 12 months. 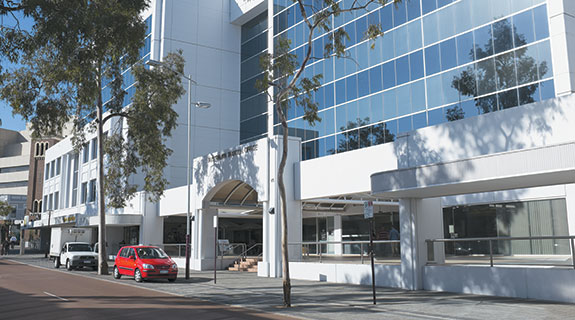 FOR SALE: The ATO building in Northbridge could sell for up to $130 million. Photo: Attila Csaszar

A fresh tranche of major commercial assets will come on to the market in and around the Perth CBD this year, potentially spurring sales activity after a sluggish 12 months.

Commercial office sales were few and far between in 2014, with only a handful of major sales taking place; the most significant of these were 130 Stirling Street and the Septimus Roe office tower, both of which sold for around $90 million.

But 2015 is shaping up to be a vastly different story, with commercial owners looking to take advantage of a high level of offshore and institutional interest in Perth offices, despite the CBD’s rising vacancy rate.

The latest building to be put up for sale is the ATO Building on Francis Street in Northbridge, with industry sources suggesting the building could fetch up to $130 million.

Business News understands CBRE has been appointed to sell the building out of its Sydney office on behalf of the owner, Germany’s DekaBank.

DekaBank bought the building from the Macquarie Office Trust in 2009 for $95 million, in a deal brokered by JLL.

The ATO has recently renewed its lease at Francis Street, for up to eight years, according to sources close to the transaction.

It’s also expected that a 50 per cent stake in the Exchange Plaza, owned by Colonial First State Asset Management’s Private Property Syndicate, will officially be launched to market in the next fortnight.

The syndicated fund is due to be wound up before the end of the financial year, so it’s likely the sale process for the 40-storey building will be restarted soon by joint agents JLL and CBRE.

That asset is also expected to achieve a price tag of around $130 million, while two previous campaigns sought $180 million for the stake but a suitable deal was unable to be closed.

Fund manager and developer Primewest is also understood to be keen to offload two of its Perth properties, one in West Perth and the other in the CBD.

However, the biggest value assets comprise a portfolio of buildings recently brought to market by the Insurance Commission of Western Australia.

That deal is expected to write new records for direct property transactions in Australia, with ICWA expecting to reap around $1 billion from the portfolio, which has a book value of around $800 million.

All of ICWA’s assets have a solid list of government and blue-chip tenants signed for long leases, seemingly satisfying the requirements of potential buyers, which will have the option to purchase the office towers as one portfolio and the shopping centres as another, or the complete package.

JLL managing director John Williams stopped short of saying there would be a flood of assets coming to market in 2015, but acknowledged potential investors would have a significantly greater choice than last year.

Mr Williams said he expected another significant asset to make a splash on the market within about a fortnight, but would not divulge any further details ahead of the campaign launch.